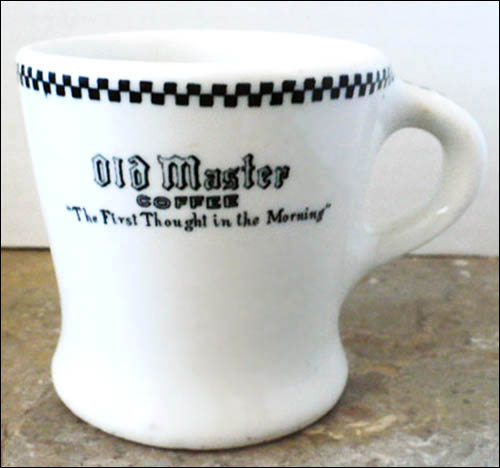 In addition to the Old Master Coffee topmark, the white mug has the phrase "The First Thought in the Morning" and a black and white checkerboard pattern on the rim.