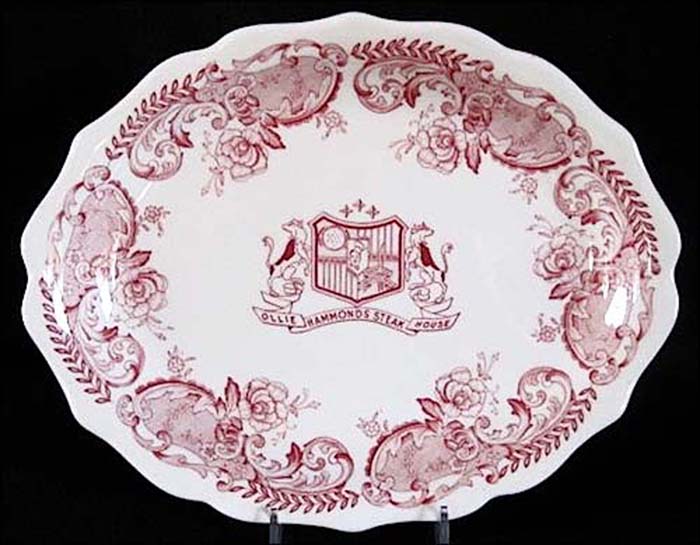 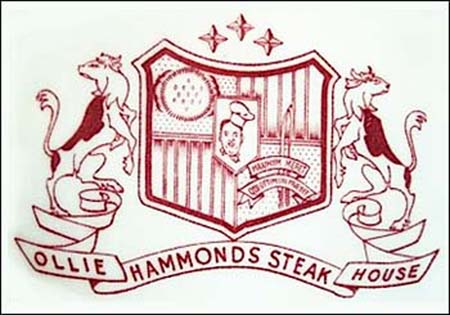 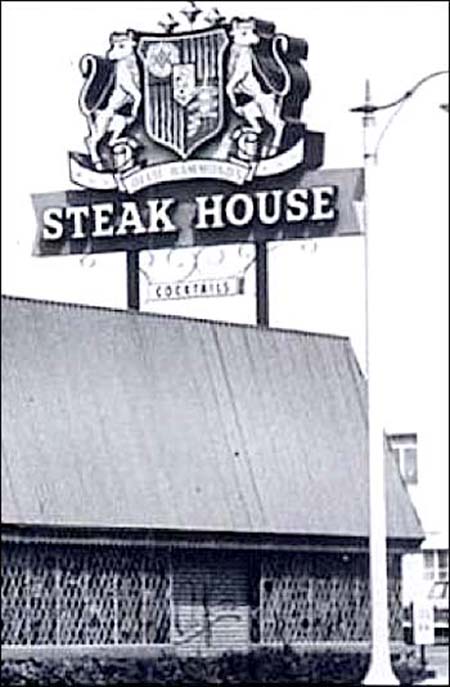 Notes: There were three Ollie Hammond's Steak Houses at one point, all in Los Angeles, Calif. The first one opened in 1934 at 3683 Wiltshire Blvd.; the second opened in June 1940, at 141 N. La Cienega; the third restaurant opened June 24, 1942, at Third and Fairfax streets. The restaurants were open 24 hours a day, seven days a week.

The white platter is decorated in shades of red and pink with acanthus leaves, flowers and vines on the rim and the logo in the center, made up of a shield with a chef wearing a toque, steers on either side of the shield, stars above and a banner below with the restaurant's name: Ollie Hammond's Steak House.