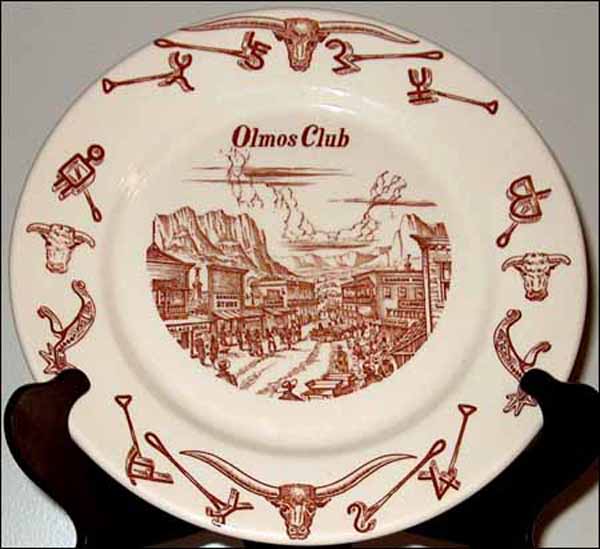 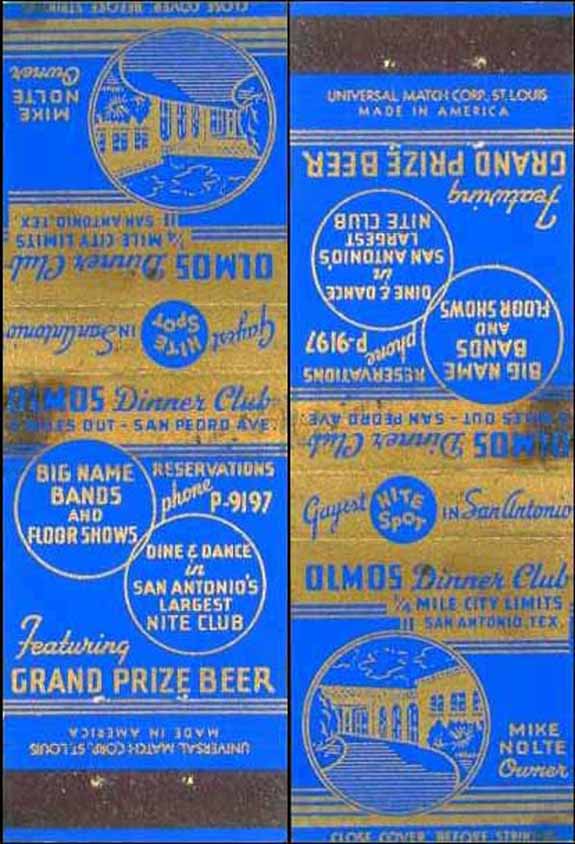 Notes: Located on San Pedro Avenue in San Antonio, Tex., the Olmos Dinner Club was owned by Mike Nolte. References to it run from a display ad in the San Antonio Express in 1935 to 1962. Exact opening and closing dates are not known. It included at least one dance floor and dining room.

A JSTOR-archived reference refers to the Olmos as a "nightclub for whites in the center of the city," but says that the Don Albert Orchestra was reportedly the first black band to play there, in 1936. It also was referred to by the Pittsburgh Courier as the "Swankiest Night Club" in the Lone Star State.

The body is tan and the border is decorated with brown branding irons, longhorns, shorthorns, and spurs. The center scene in brown depicts a small Western street scene with hills or mountains in the distance. And in brown, in an italic font, Olmos Club.