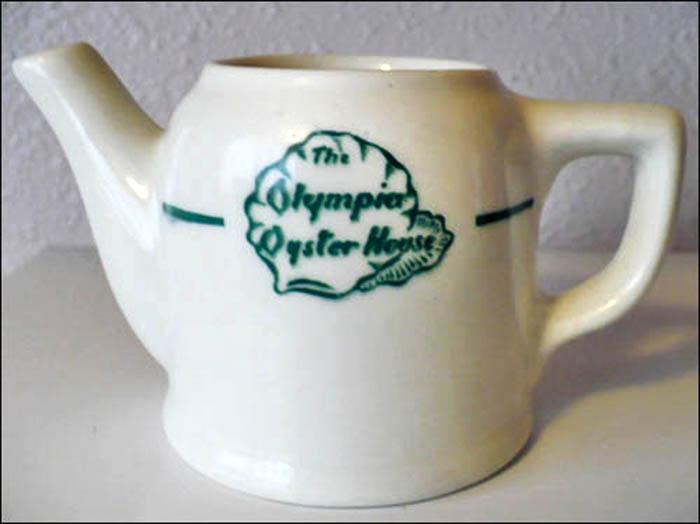 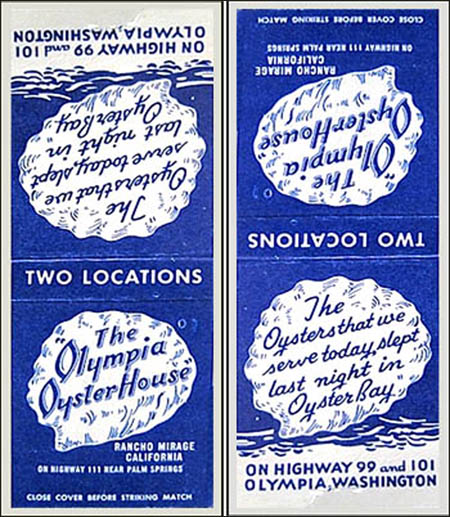 Notes:  Olympia Oyster House opened prior to 1900 as the Olympia Oyster Company, and the building in use today (2013) is the original culling house. From the website, " As far back as 1859, Olympia Oysters were sent to San Francisco where gourmets would pay $20.00 per plate for them."

The Olympia Oyster House restaurant was established in 1924. In 1948, the business expanded, with additions in Rancho Mirage as well as two in Olympia.

Decoration is in dark green and consists of a heavy line interrupted by a drawing of two oyster shells and inside the shells the words: The Olympia Oyster House.