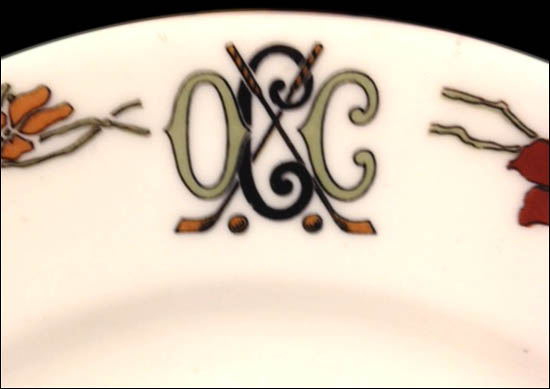 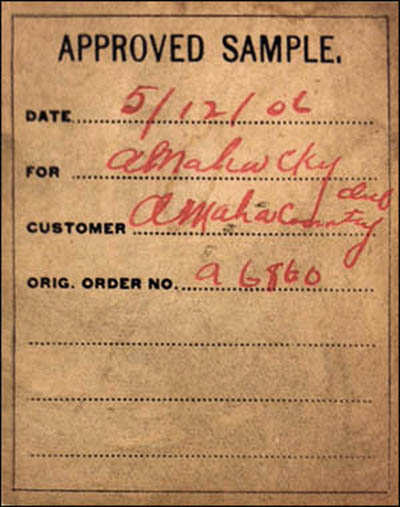 The club was founded Sept. 30, 1899. The clubhouse was built shortly afterwards on the northwest corner of a site bounded by 52nd Street, Military Avenue, 56th Street and Blondo. The two-story building, with wraparound porch and steeply hipped roof, contained a dining doom and men's grill. In 1927, the club moved to its present location.

The monogram logo of interlocking letters used now bears no resemblance to the one used on this china, which is crested with a decal of the club's initials as OCO (the center C is larger), with crossed golf clubs and balls between the letters. The colors are black, olive green and rust.