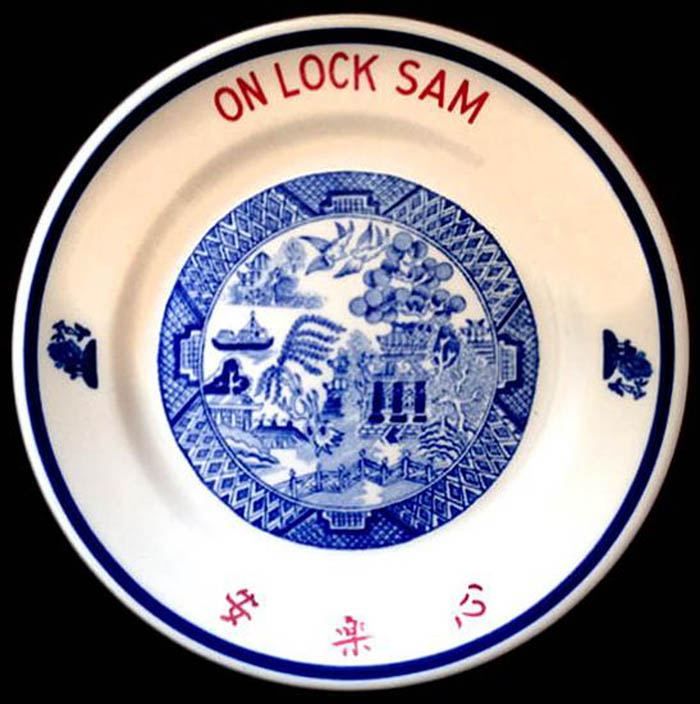 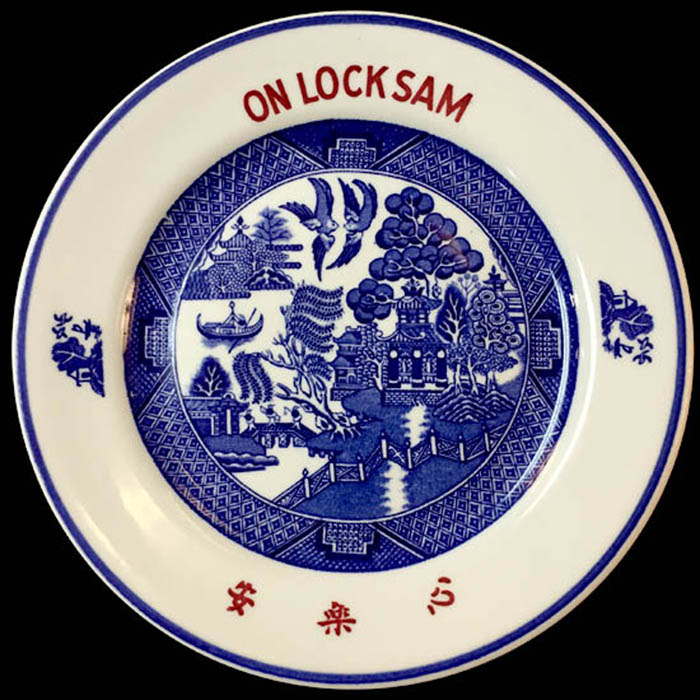 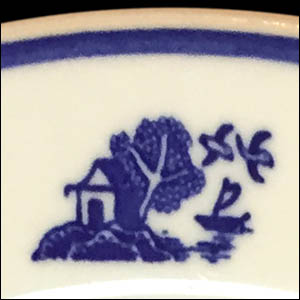 Notes: On Lock Sam is a Cantonese Chinese restaurant in Stockton, CA. The name On Lock Sam means "A Contented Heart" in Cantonese. According to an article in the San Joaquin Historian, the original On Lock Sam was located at 125 East Washington Street between Hunter and El Dorado. It was started by an unknown person in 1898. Wong Sai Chun ad two partners bought the existing business in 1920. The restaurant became an important center of Cantonese Chinese community life in Stockton and was known for hosting important cultural and family banquets.

Wong Sai Chun passed away in 1953 and his son Jim S. Wong succeeded his father in the family business. The original building was demolished in 1964 and On Lock Sam moved to 333 South Sutter Street. In 2003, the restaurant closed for renovations and re-opened in 2004 with the name New On Lock Sam.

The plate has a white body with a Blue Willow pattern in the center and two smaller Blue Willow depictions on either side. Blue stripe at rim, red On Lock Sam topmark along with three red Chinese characters that read On Lock Sam.