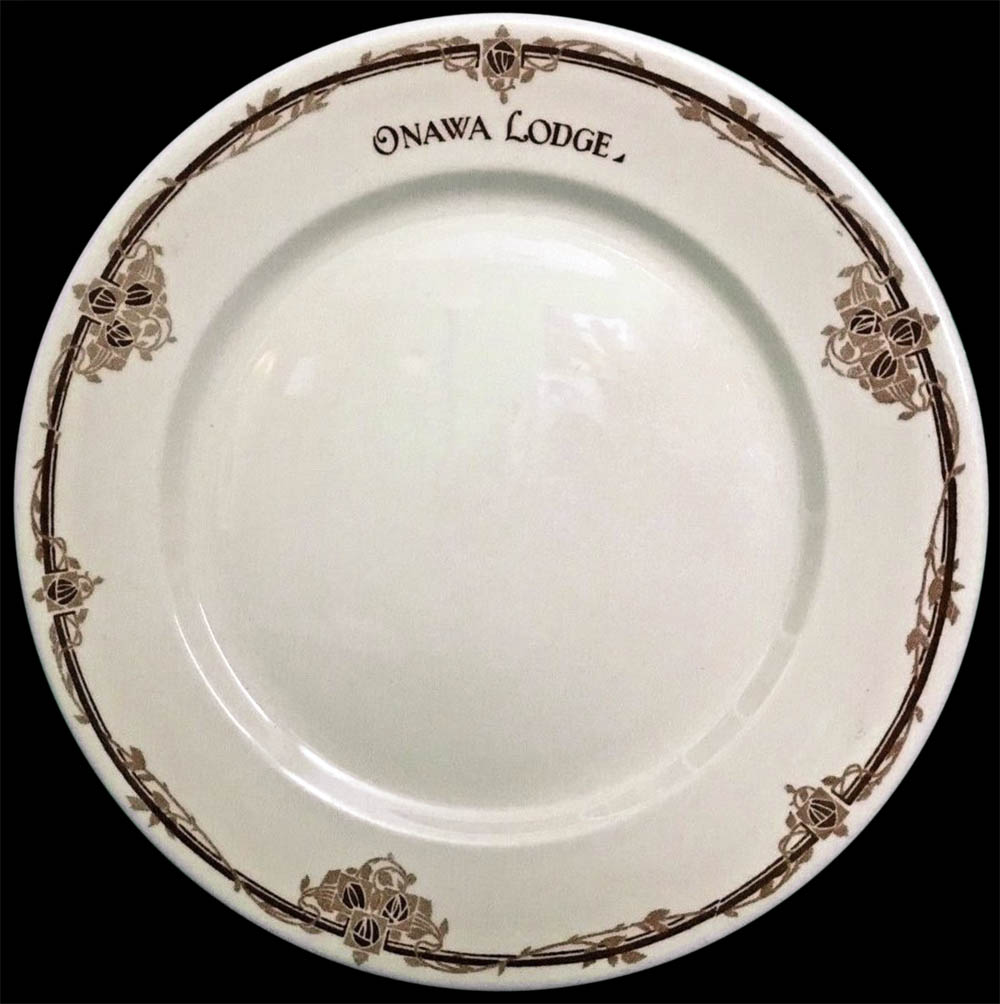 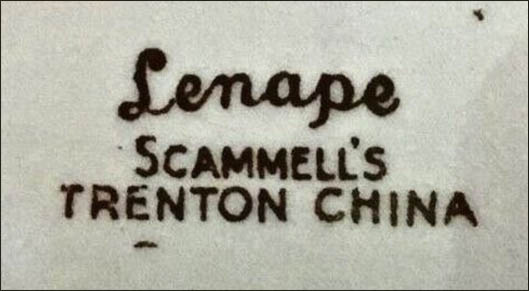 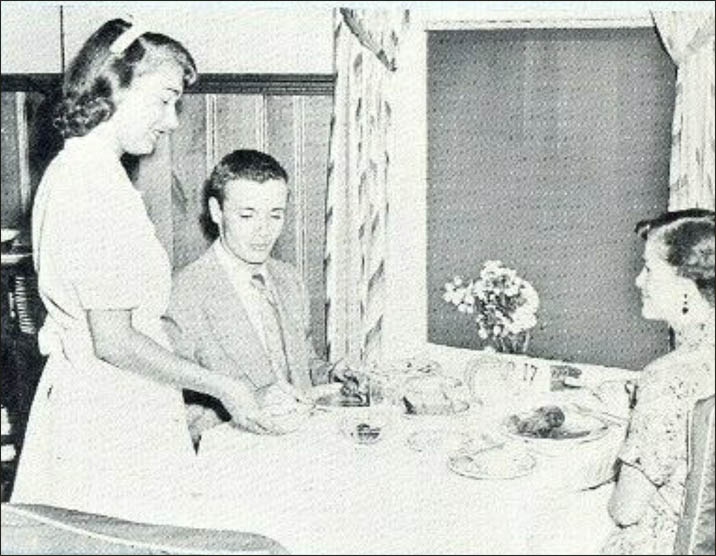 Meal Service at the Onawa Lodge 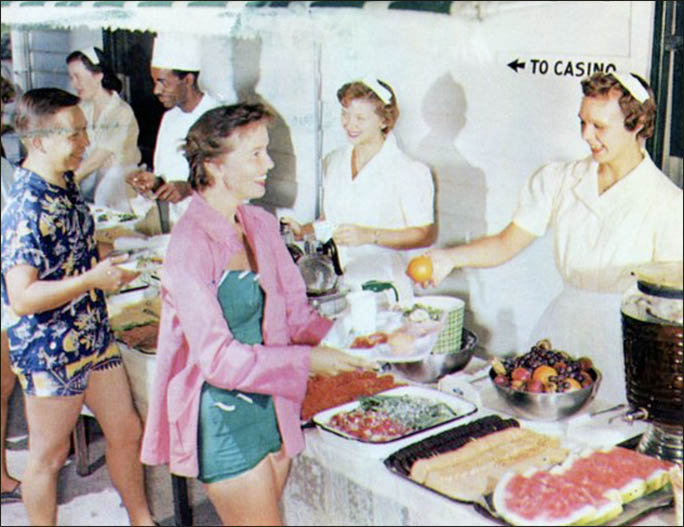 Buffett Line at the Onawa Lodge 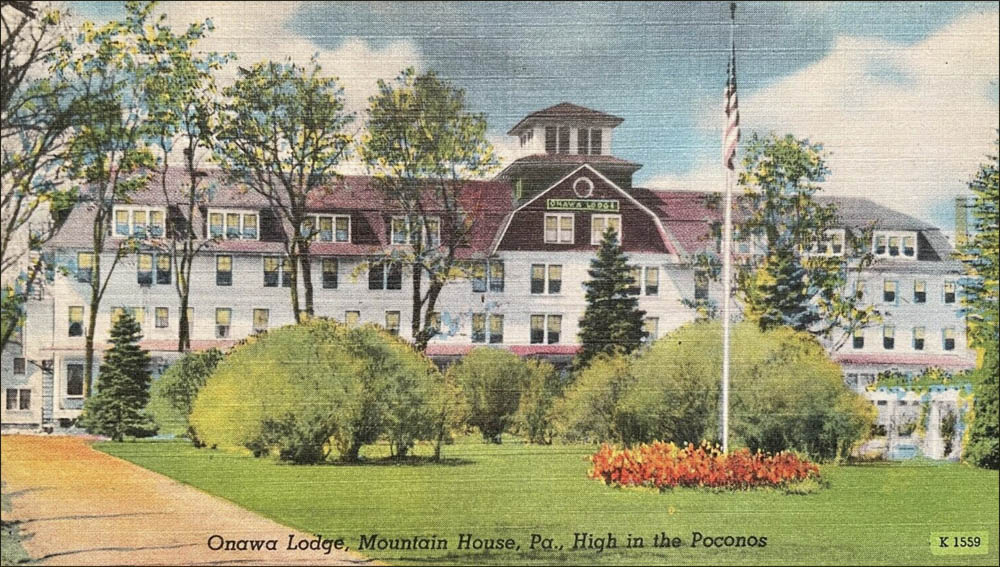 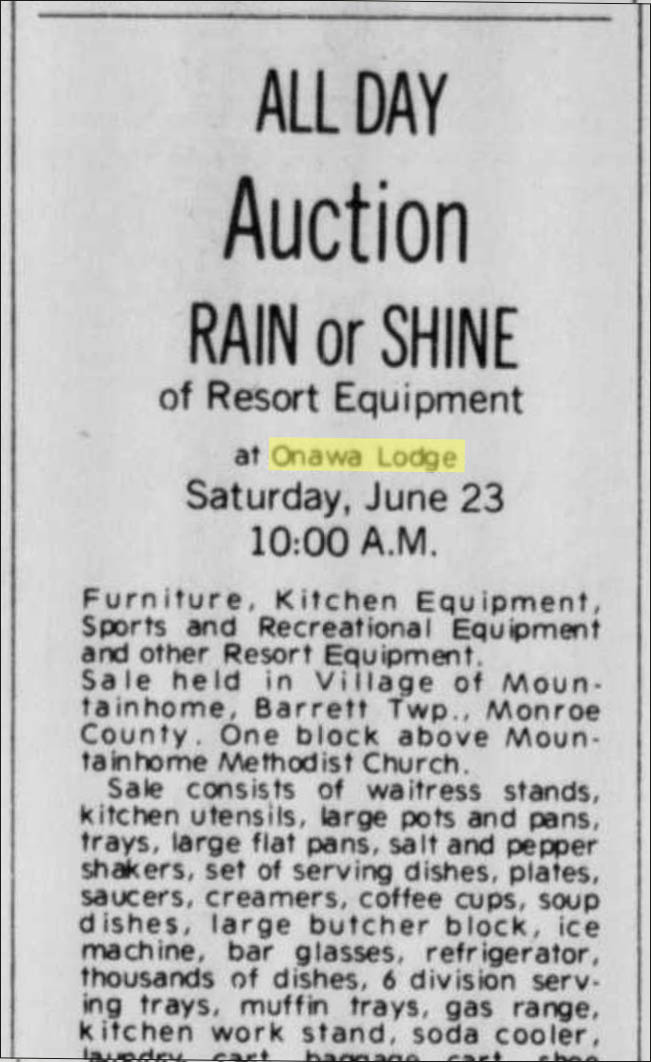 Notes: The four-story Onawa Lodge, on route 9 near Cresco, Pennsylvania, opened before 1913 as the Mount Airy House. In 1926, Harry L. Shinnen bought it from the Heller family and renamed it Onawa Lodge. The Onawa operated as a resort on the American plan. Originally it was open only for the summer season, but later it expanded into winter activities. Hotel operations closed before April 1966, but the dining room was open for dinner. In 1968, it began serving as the Mid Atlantic Music and Arts Center. An auction on June 23, 1973, sold off all of the remaining "thousands of dishes."