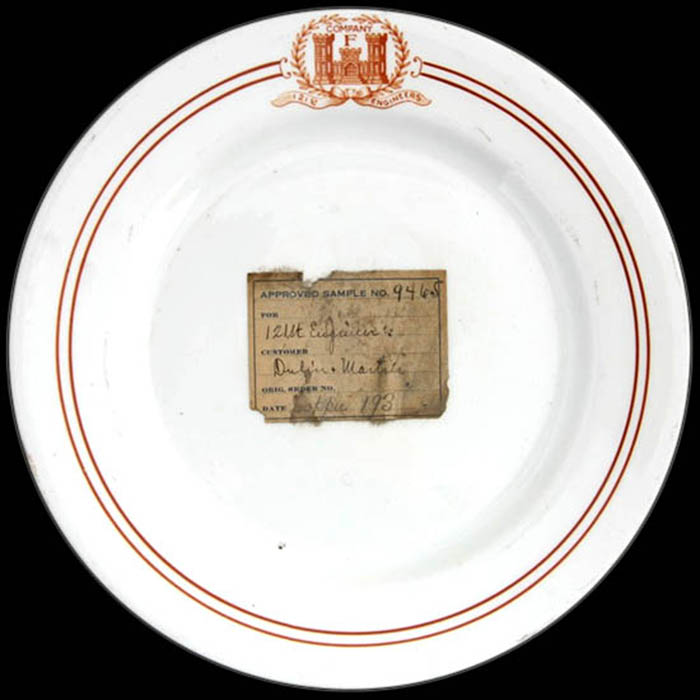 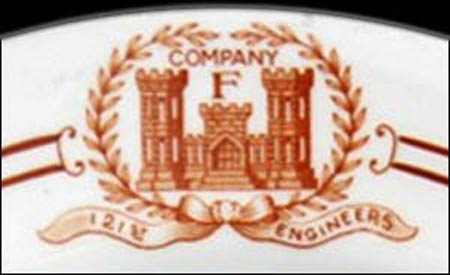 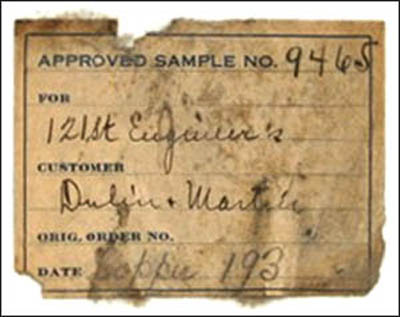 The present D.C. Armory was opened in 1941, so this china likely would have been used at the regiment's previous armory and possibly at their officers mess during summer training encampments.

White body plate with mid-rim red border lines ending in curliques at the topmark illustration of the Engineers castle logo set within a laurel wreath, with the word "Company" over the letter "F" above the castle logo and a two-part ribbon banner below with "121st" "Engineers" in red.

This is a Syracuse China production sample plate from the collection of Fishs Eddy in New York City. The plate has a Sample Sticker on the front marked Approved Sample No. 9465.