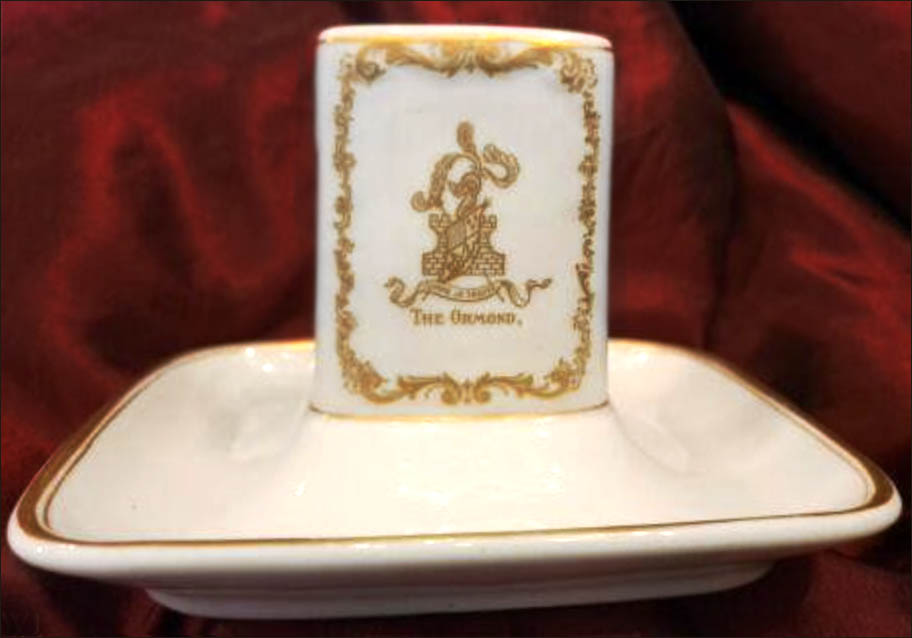 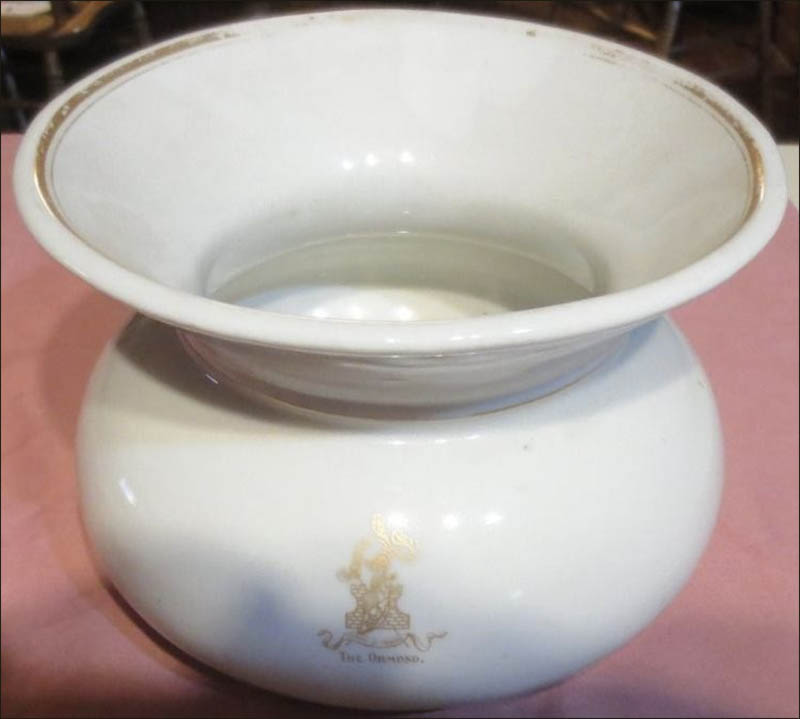 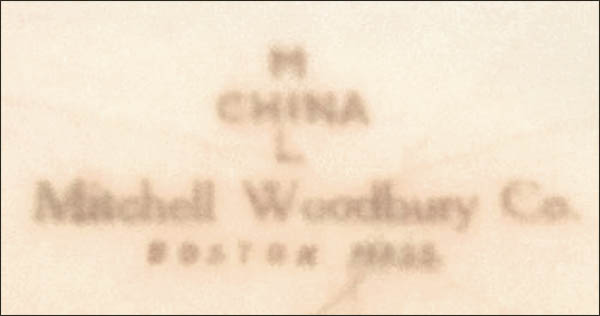 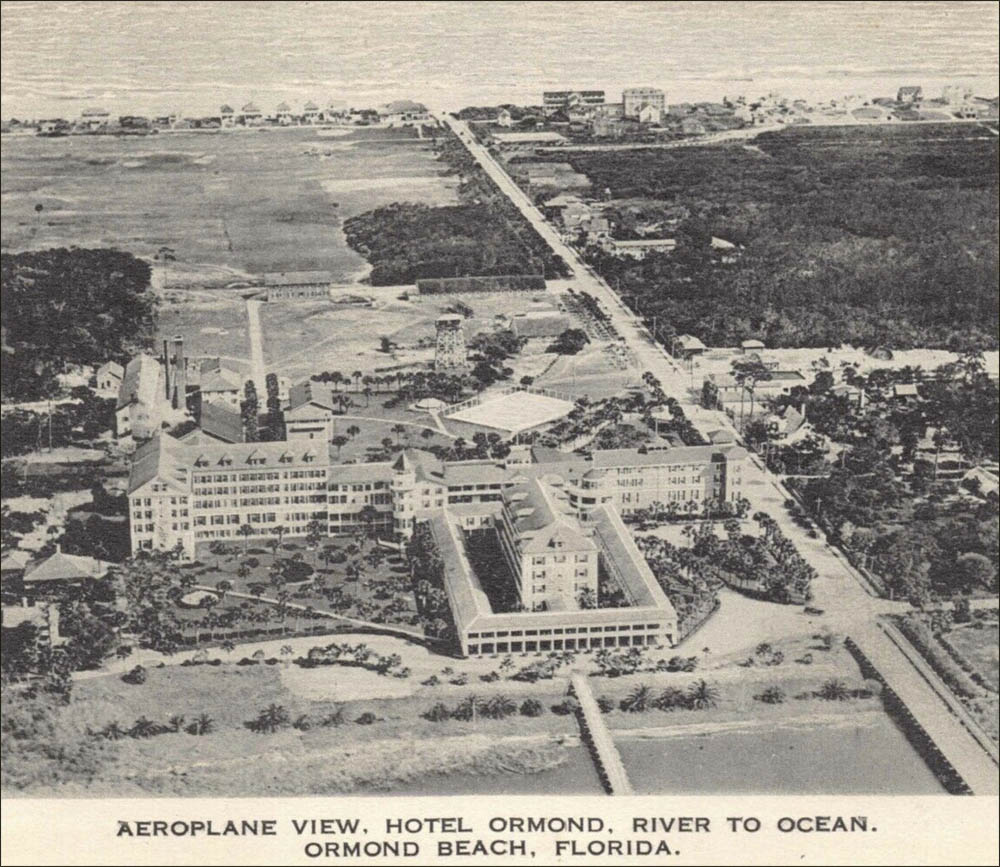 Notes: John Anderson and Joseph Price built the Hotel Ormond, which opened January 1, 1888, in Ormond Beach, Florida. The hotel entrance faced Granada Blvd. On the left was the Halifax River and, in the distance, on the right, was the Atlantic Ocean. In 1890, Railroad Baron Henry Flagler bought the Ormond, and made it one of his Florida East Coast Hotel Company's properties. Three wings were added during the next 15 years, expanding it from the original 75 rooms to 400 rooms. When completed it was the largest wooden structure in the United States, with 11 miles of corridors. The Florida East Coast Hotel Company sold the Ormond in 1947. It was then owned by a succession of owners and was converted into a retirement hotel. It closed October 16, 1986, and the contents were sold at auction March 12, 1987. The Ormond was demolished in July 1992.

The china that Maddock made for the Ormond bedroom service is crested in coin gold with a four-part shield in front of a section of castle tower. A helmet with three plumes is atop the shield, and a banner below contains "Comme Je Trouve" (I take things as I find them). "THE ORMOND" is below. Coin Gold rim lines complete the pattern.

This china service was supplied by Mitchell Woodbury Co., Boston.