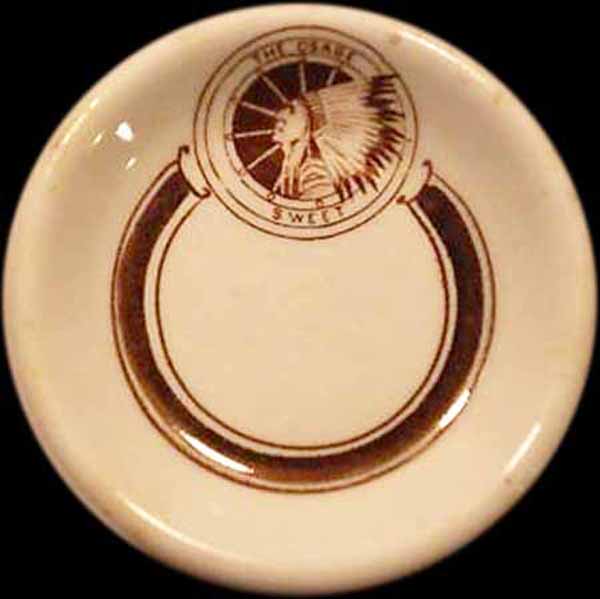 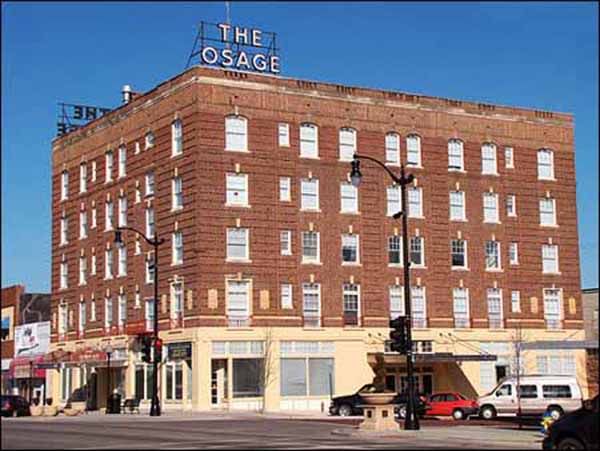 Notes: The Neoclassical Osage Hotel was built in 1920 in Arkansas City, Kansas at 100 N. Summit – part of the Arkansas City Commercial District. It was constructed "through a community subscription process, as community members believed a resplendent hotel was needed."

By 1928 it was owned by the Sweet Hotels and in 1929 was listed as one of the largest hotels in Kansas. It was added to the of National Register of Historic Places in 1983.

The Osage Hotel was renovated to the Osage Senior Apartments in 1991, with 38 one-bedroom apartments still in use today (2009).

Circular design with one dark brown band with a thin dark brown line on each side. Intersecting the circle is the profile of an Indian chief (who is set against another circular motif), with THE OSAGE and SWEET above and below the chief — all in the same dark brown. The clay appears tan, what Buffalo called Cafe Au Lait, but it is not marked as such.