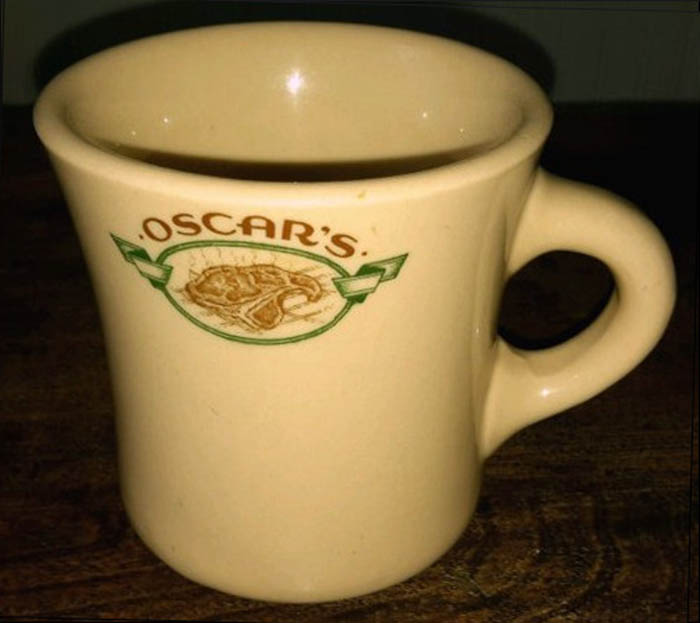 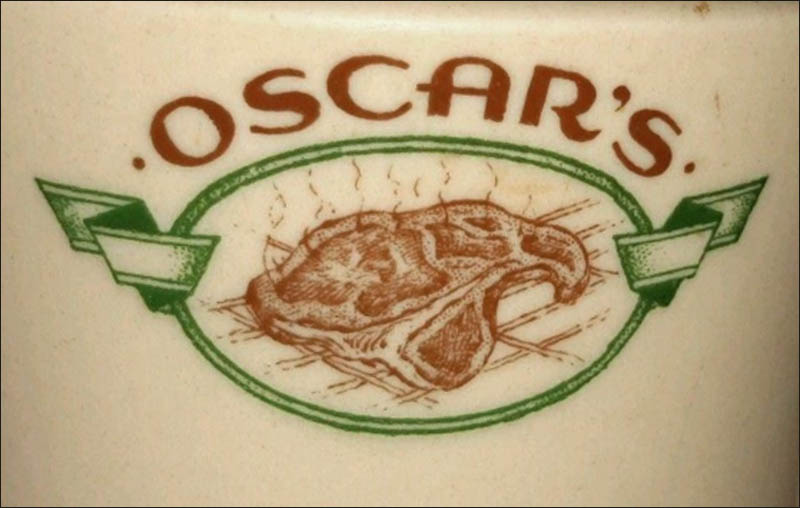 A 1942 photo shows "Oscar's Steaks" with "The Step Inn" (a chile parlor) advertised on the same sign outside a small white building at 413 North Jeffers. That location was also the Greyhound Bus Station.

While this Shenango mug is only captioned "Oscar's," it shares the same logo with an "Oscar's Steaks" matchbook on eBay in June 2016.