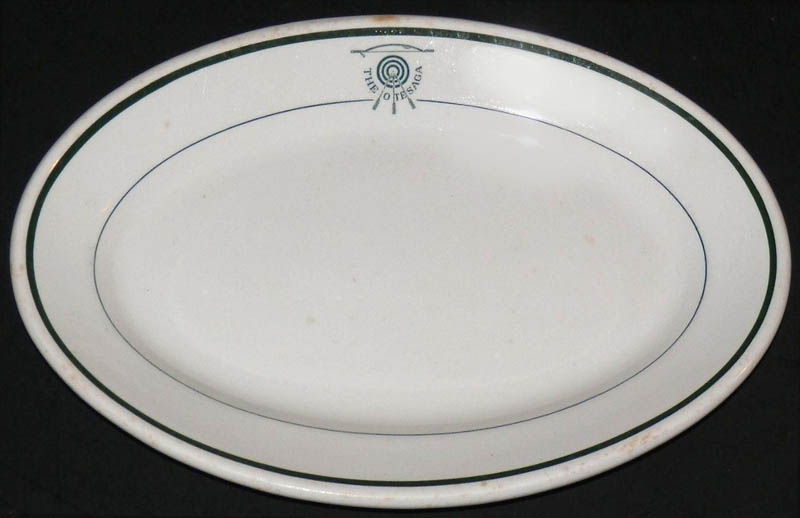 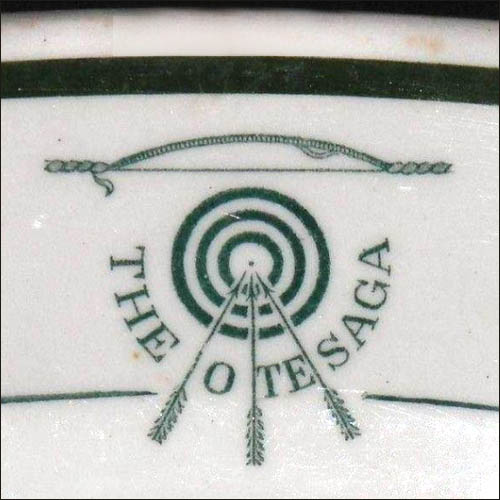 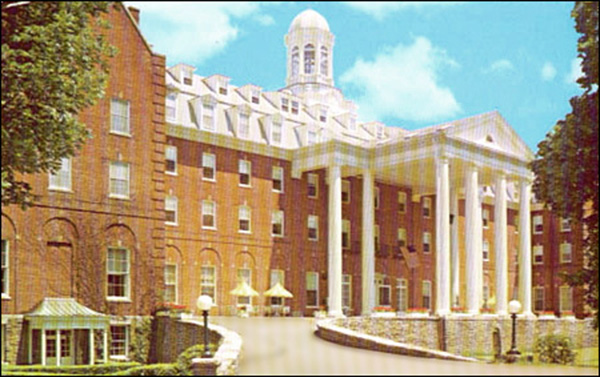 Notes: Located at 60 Lake Street, on the shore of Lake Otsego, the 5-story, 175-room hotel opened its doors on July 12, 1909. Owned by the Clark family until 1955 the hotel was known as The O-Te-Sa-Ga; it then became a Treadway Inn and the name was changed to The Otesaga. Since 1965, this Cooperstown, NY resort has been operated by The Leatherstocking Co. Renovations in the 1990s lowered the number of rooms and more suites were added.

White body with green band on the rim. The logo is a bullseye target with arrows in the target and a bow over the target.