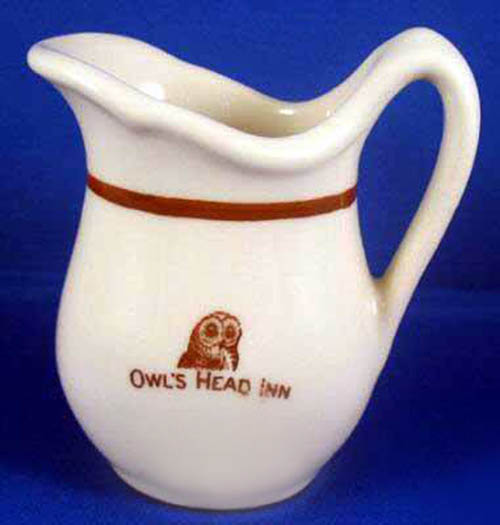 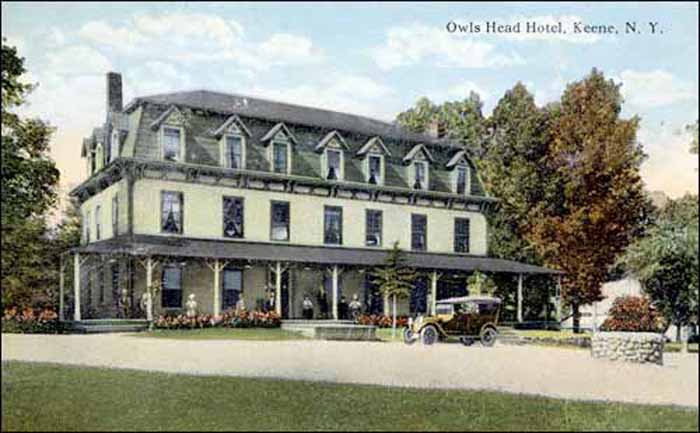 Notes: The Keene Center House of Willard Bell (also known as Bell's Hotel) was built in 1876 in Keene, N.Y., and burned in 1883. Its replacement, built in 1885 and called first the Hotel Halcyon, then Owl's Head Inn, was dismantled in the mid-1940s (1946 or 1947) and was rebuilt as Woodruff Cabins. The compound is now known as Dartbrook Lodge following extensive renovations that were completed in 2006. Among its guest facilities is an Owl's Head Cottage.