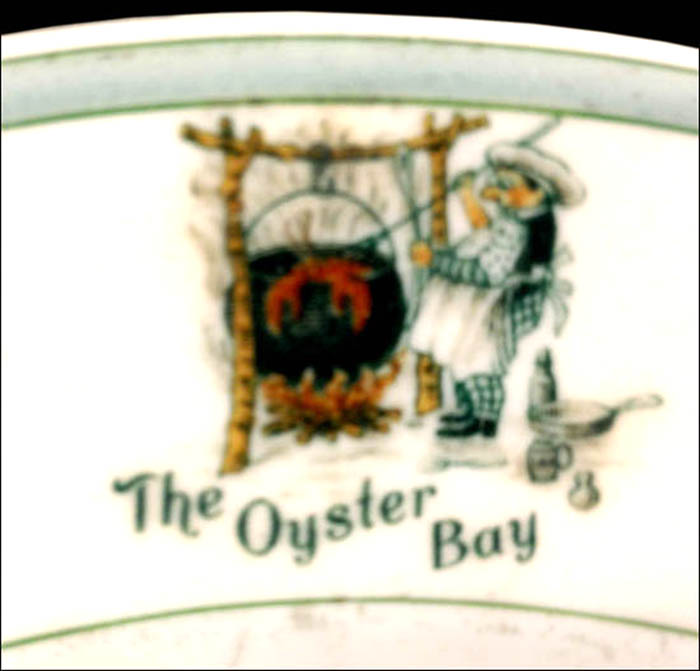 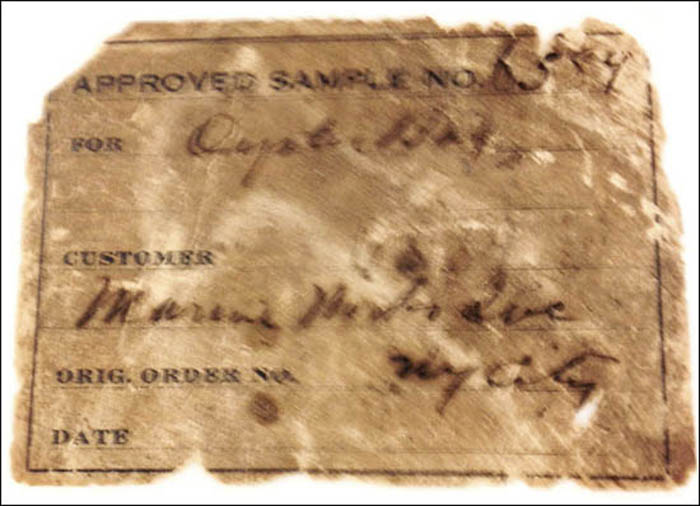 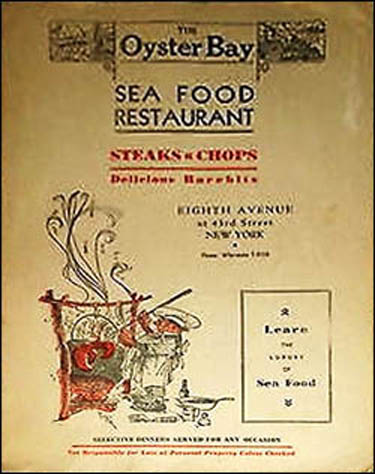 Notes: The Oyster Bay restaurant first opened circa 1900 in Times Square, New York City, based on articles in The New York Times. Located at 670-672 8th Avenue, between 42nd and 43rd streets, the restaurant was managed by Edmund Sens from 1922 to 1940, when it closed for a period of time. By 1946, the restaurant was owned and managed by Isaac Malestar, who owned several Manhattan restaurants in his Malestar chain, including Paddell's on 7th Avenue, Rigg's on 33rd Street, and the Cadillac and Crossroads, both located on Broadway.

A 1923 advertisement with an illustration matching the plate's topmark, stated that The Oyster Bay was "The Only Restaurant of its kind in the City," while other advertisements claimed that the restaurant was the oldest seafood and chop house in New York City. With seating for 350 people, the dining room featured rows of tables set with white tablecloths, a black and white square tile floor and murals above the wainscoted walls.

White body plate with a pale blue rim band border flanked by green pin lines and a green pin line at the verge. The plate is topmarked with a multicolored decal illustration of a chef standing next to a giant iron kettle, supported by wooden poles above an open wood fire. The white-aproned chef is stirring the large kettle, as a lobster spills over the edge of the steaming kettle. "The Oyster Bay" appears beneath the decal illustration in green.

This is a Syracuse China production sample plate from the collection of Fishs Eddy in New York City. The sample sticker on the back of the plate, shown below, confirms this piece was Approved Sample No. 6584 for Oyster Bay with a partially legible customer number and distributor name.