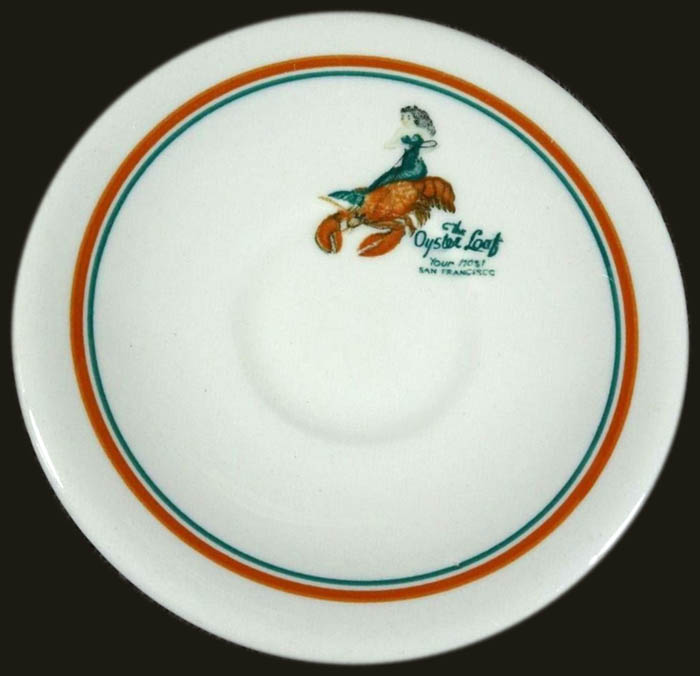 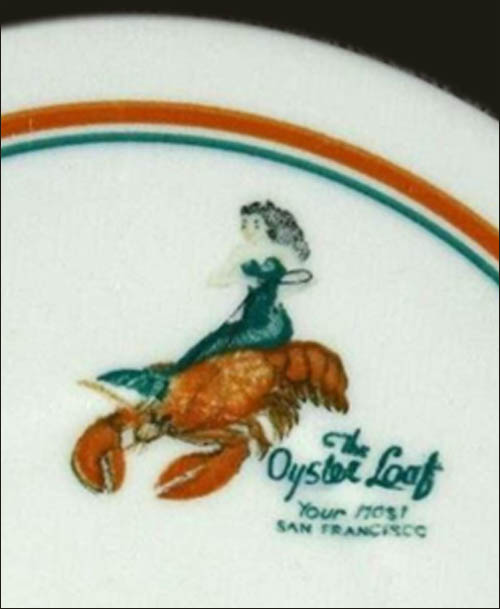 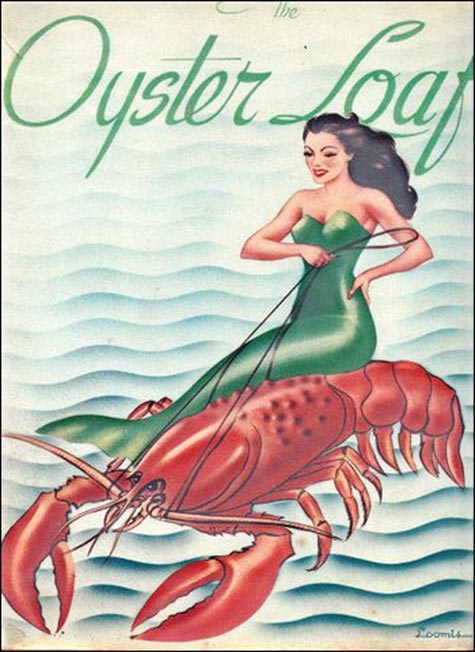 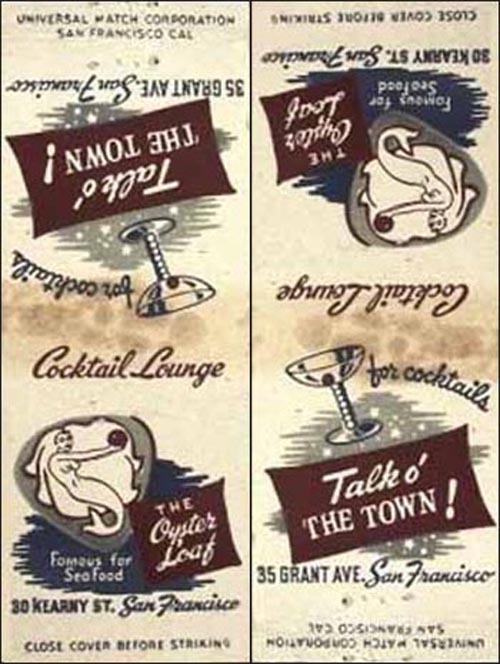 There were Oyster Loaf venues all over California. A well-known one was located on Eddy Street around the turn of the 20th century. It was destroyed in the 1906 earthquake, moved to nearby Oakland and returned to San Francisco. It closed in 1923, a victim of Prohibition. There is no reason at this time to believe that the Kearny Street restaurant was related to this one. The matches at the bottom of this page feature The Talk O' the Town on Grant Avenue. No record has been found of that establishment.

"Joining the chorus of those who sing the praises of San Francisco as a city which serves on its boards things which are good to eat is George Rector, famous restaurateur, who in one of the weekly magazines recently had this to say: 'San Francisco in the old days had everything the world had and new ideas of its own. One of these was the oyster loaf. Old Californians carried the oyster loaf home for the same reason that other men take home a diamond necklace or a bunch of flowers. It was a peace offering for husbands who had lingered at the club or cafe too late in the evening. First you got an old-fashioned loaf of milk bread. The top was cut out in the shape of a lid. Then the insides were scooped out like a pumpkin, and the loaf was stuffed with hot fried oysters. The top was placed on again and pressed into position, which sealed the loaf hermetically. You could wrap up the loaf and tote it under your arm, and it would stay steaming for hours. I claim the oyster loaf was the first vacuum bottle. The juice and heat of the fried oysters soaked through the sides of the loaf. You grasped it in both hands to eat it and snapped at it like a shark attacking a whale. A San Franciscan husband taking home an oyster loaf was never bawled out by an indignant wife, for no one could be indignant in the oyster loaf zone. Its odor was as surprising as the scent of crushed violets coming out of a foundry chimney. When poets sing of good things to eat I will join in the oyster loaf chorus.' "" The pattern shows a mermaid in teal green riding a red lobster. A red band and teal green line circle each piece.
All photos except the matchbook contributed by Christine