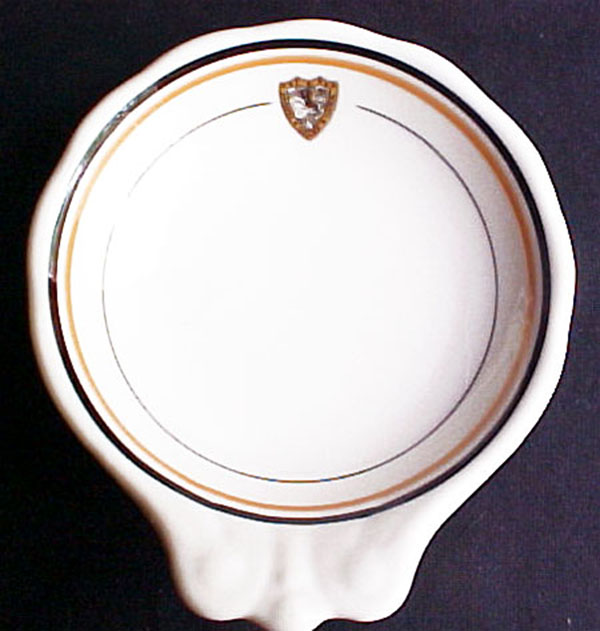 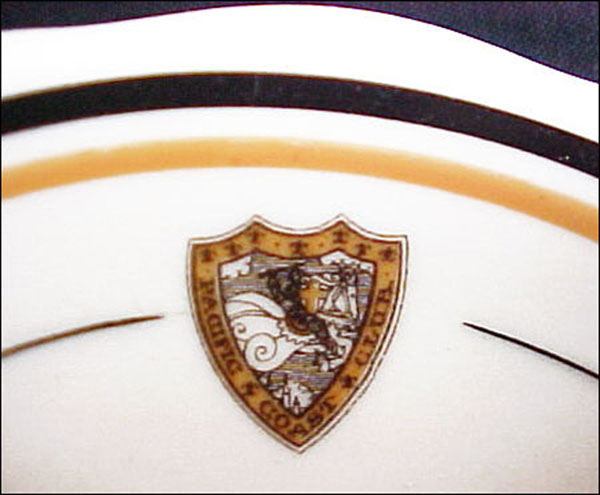 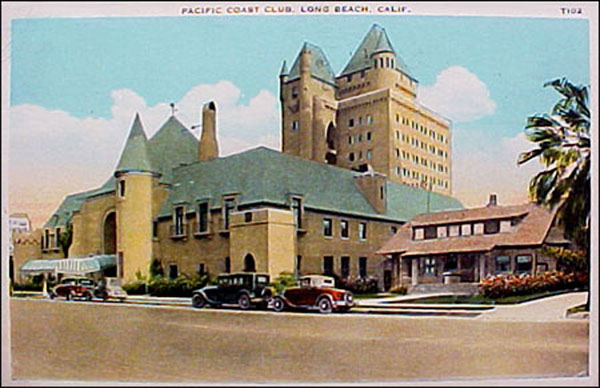 Notes: Located at 850 East Ocean Blvd, the Pacific Coast Club was built in 1926 and included a hotel for the club members. For many years the Pacific Coast Club was the center of social and business activities in Long Beach, California. The building was highlighted by its bright blue tile roof and castle-like towers. Inside the club were beautiful curved ceilings adorned with carvings of mythological characters and other decorations. The many beautiful treatments of the interior, including the fireplaces, combined with its unique exterior architecture made the building a work of art on the inside as well as the outside. The building was torn down in 1980.

White body with black and orange bands on rim; thin black line on verge broken by shield logo consisting of a fleur-de-lis and Pacific Coast Club on the sides. Inside the shield is a knight in armor with sword, astride a white winged horse with a gold cross behind the knight. The horse is flying above turreted buildings and there are white clouds above the horse and rider.