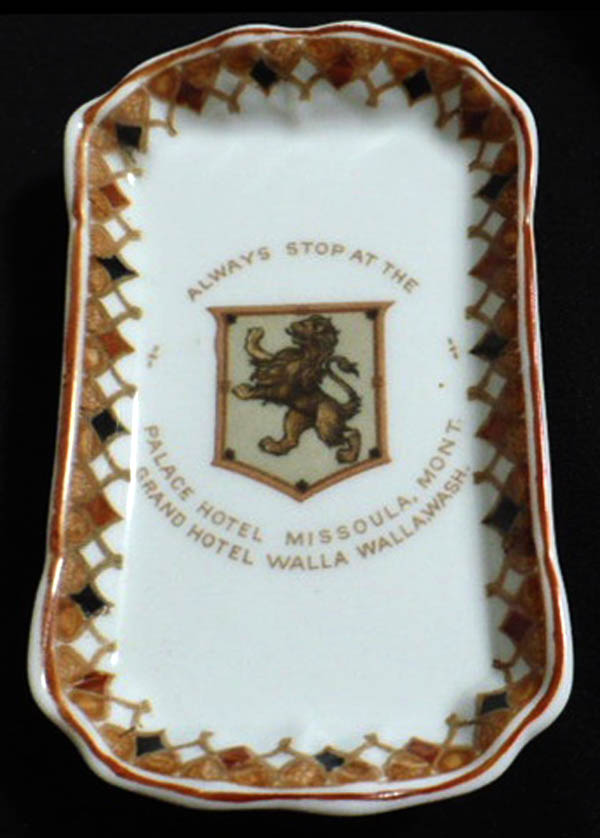 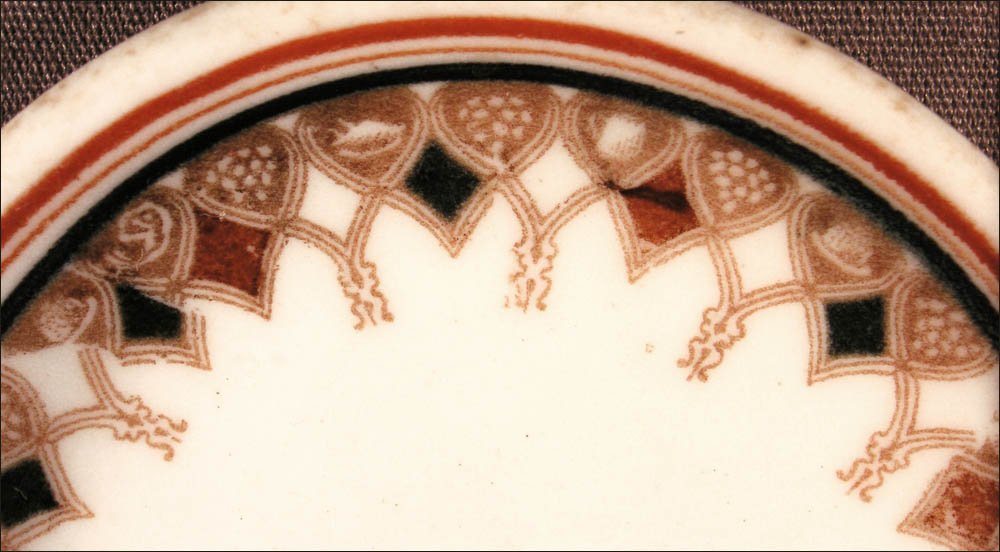 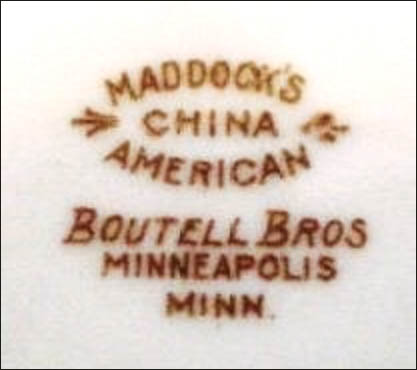 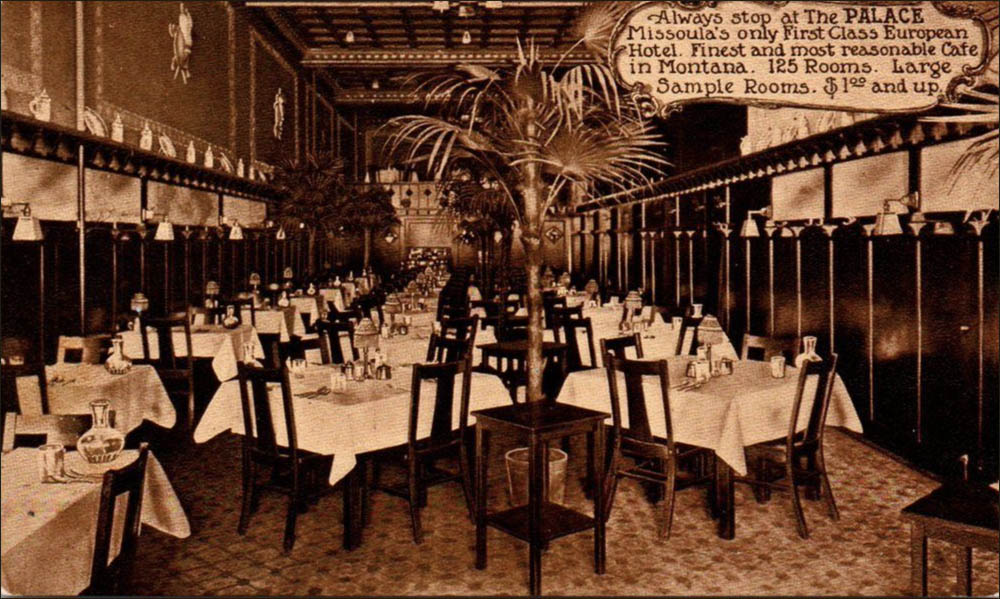 Dining Room at the Palace Hotel in Missoula, Montana 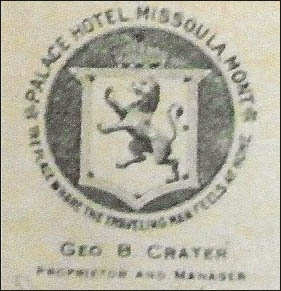 Advertisement for the Palace Hotel 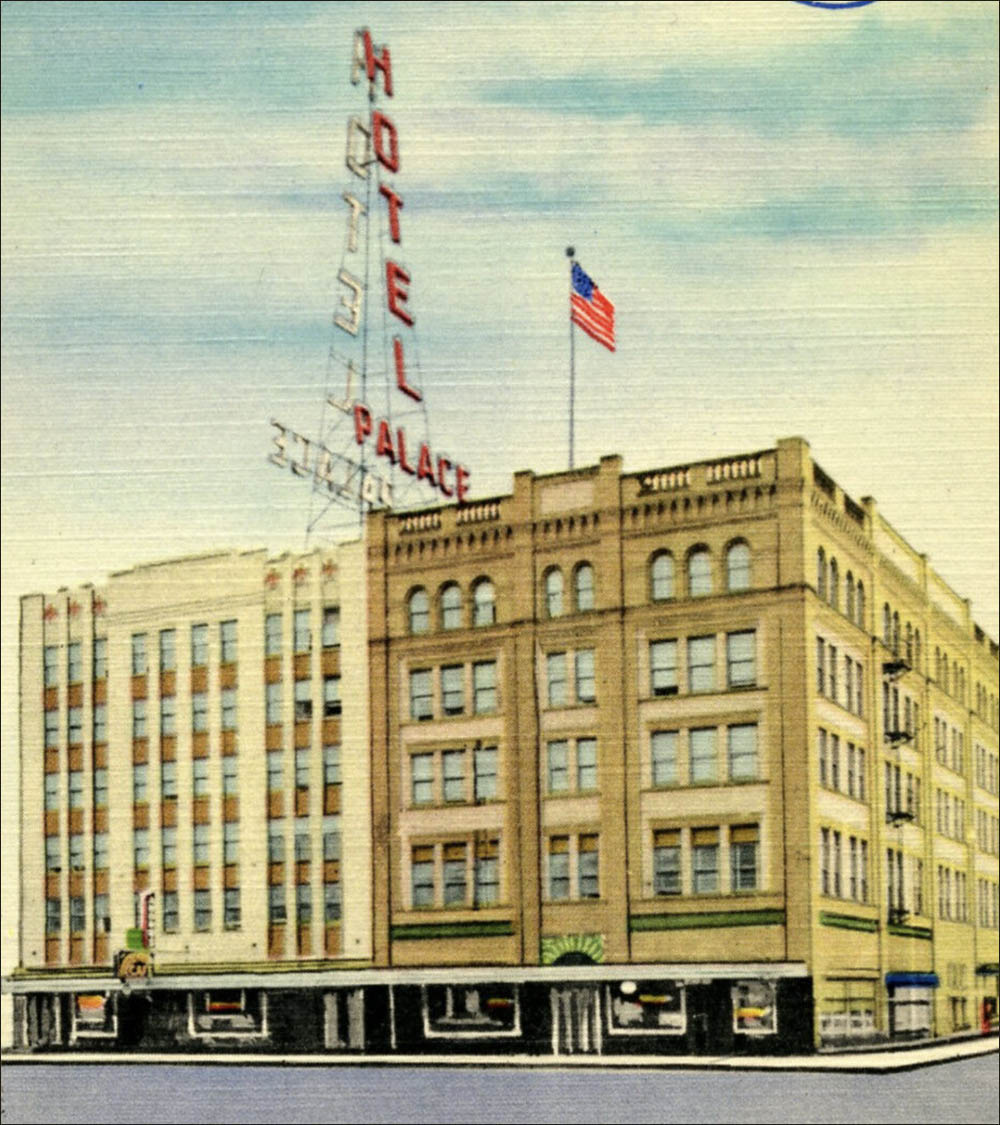 Notes: The five-story hotel on the corner of Broadway and Ryman Streets in Missoula, Montanna opened in 1909 as the Savoy. By 1911, it had been renamed Palace. In 1941, an addition was built adjoining the original section of the hotel. The Palace closed in the late 1980s. In 2013, it was renovated and converted into low-income apartments operated as Palace Apartments.

Around 1911, Maddock produced china for the Palace which is crested with a decal shield containing a rampant lion. The decal border is shown in the Maddock pattern sample book as "#5050. Beefsteak Border." The name comes from the illustrations of food that are part of the design, and include steak, chicken, and cake. The only known example of this china service is a pin tray that also promotes the Grand Hotel in Walla Walla, Washington. Mullemer, Halle, & Rick operated both the Palace and the Grand from around 1911 to 1919, so this would be when this was made. The pin tray is back stamped "Maddocks American China", but I think it was really on the Lamberton China body. Boutell Brothers, of Minneapolis was the distributor.