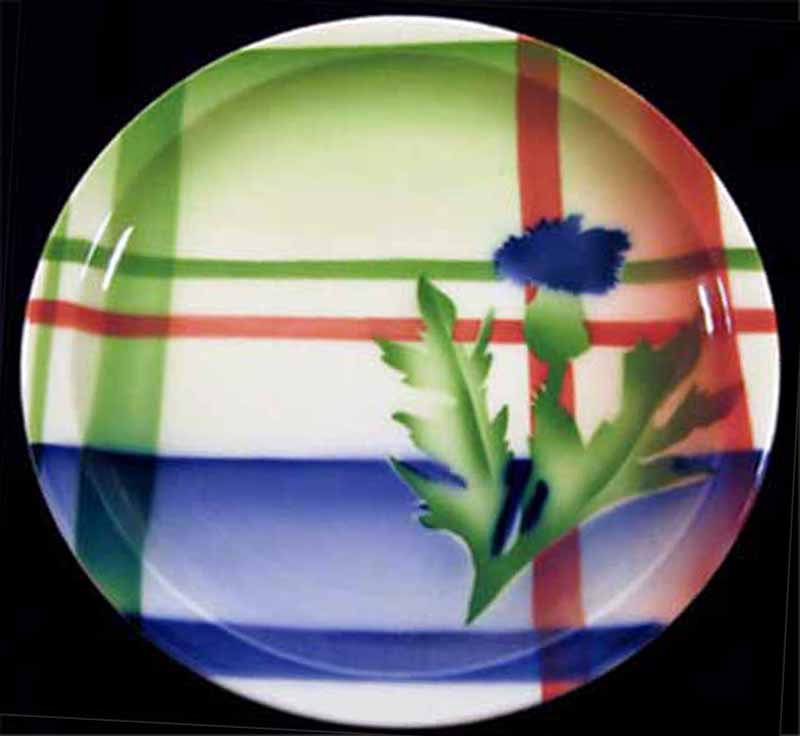 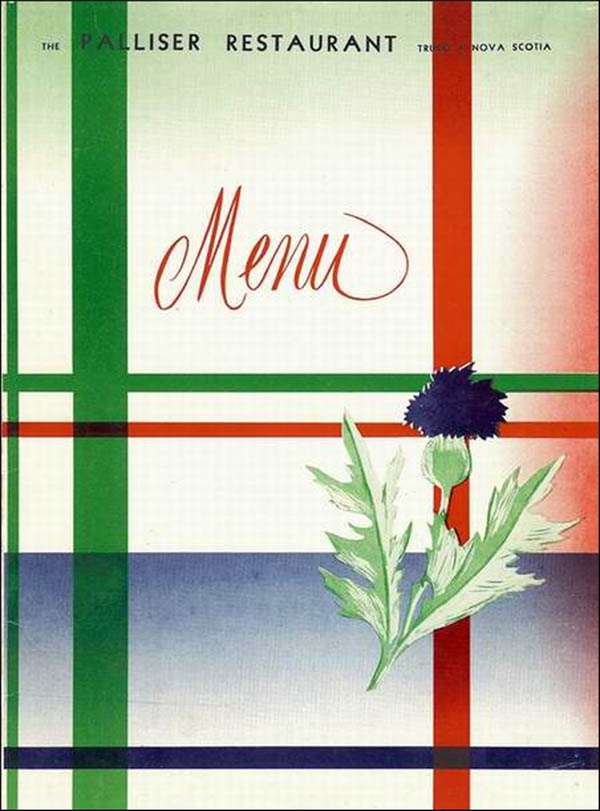 Notes: The Palliser Restaurant was located by the Bay of Fundy in Truro, Nova Scotia. Allan and Keltie Bruce took over the restaurant in 1969 and owned/operated it for 42 years, until it closed in April 2011.

In April 2009, Mr. Bruce graciously provided the following details about what he referred to as the "Palliser Plaid" china and the rich history of this establishment:

"My wife and I have operated the Palliser since 1969. At that time, and for several years after, we used the "Palliser Plaid" for our dishes and the menu covers. … I still have a few dishes and one or two menus in my archives.

"As to the Palliser history, I understand that it started out as an ice-cream parlor in 1916. It evolved over the years to a full fledged restaurant located on the main street (Prince St.) in downtown Truro. The first owner was a Mr. Biden, who sold to a Mrs. Carroll, thence to A. John McMullen (my wife's great uncle), and in 1929 sold to Mr. Robert O. McCurdy, who sold to me in 1970. My partner and I had purchased the Tideview Motel across the road in 1969 and combined the two operations the next year.

"The Palliser is now located on Tidal Bore Rd. at Exit 14, Route 102 and was moved to that location and a newly constructed building in 1953 at which time it became a seasonal operation. The present location, as you may know, is beside the Salmon River (one of many in NS) and enjoys a view of the Bay of Fundy Tidal Bore twice daily, a great tourist attraction."

White body with an airbrushed tri-colored plaid and thistle design in shades of green, red and blue. A former employee at Syracuse has confirmed that the pattern, known as Tartan or Shadowtone #99, was not a controlled pattern and was available to anyone who wanted to order it.