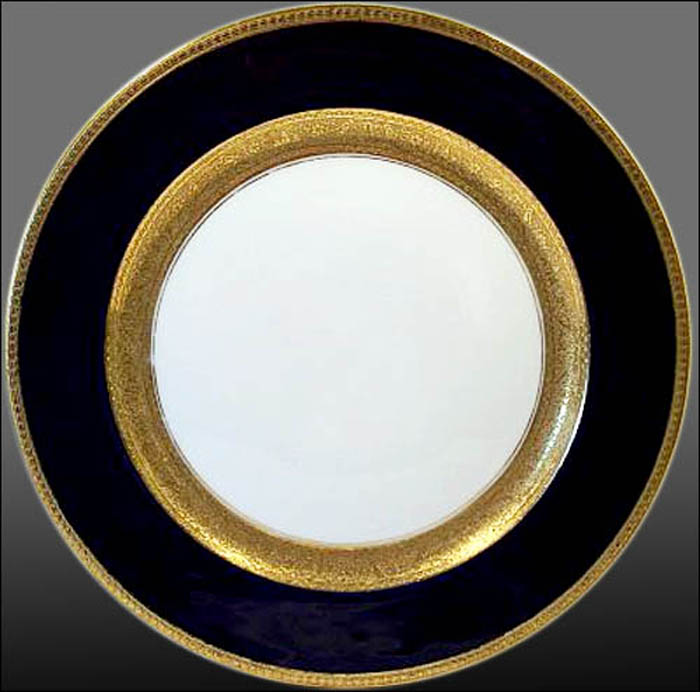 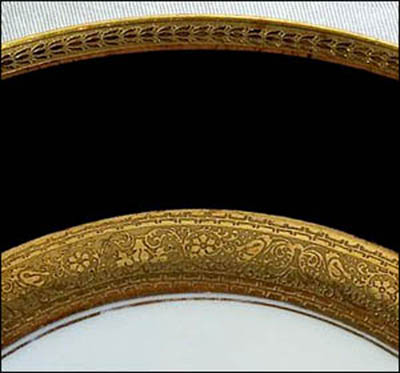 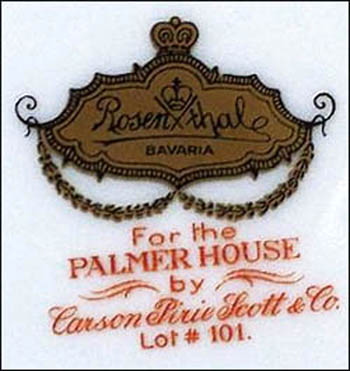 Notes: This pattern would have been used at the third Palmer House, which was built on State Street in Chicago. The first was built by Potter Palmer for his bride. It opened on Sept. 26, 1871, and burned to the ground just 13 days later in The Great Chicago Fire. The second was completed in 1873.

In the early 1920s, the Palmer Estate decided to build a larger hotel on the site. This was done in stages from 1923 to 1925 so they didn't lose a day of business.

In 1945, Conrad Hilton purchase Palmer House and it became known as The Palmer House Hilton. In 2005, Thor Industries purchased the property, though it still retains the Hilton name as of 2014.

The plate has a white body with a wide band of deep cobalt blue and is trimmed in gold etched bands. The inner gold band has flowers, swirls and a Greek key design. The rim trim is laurel leaves.