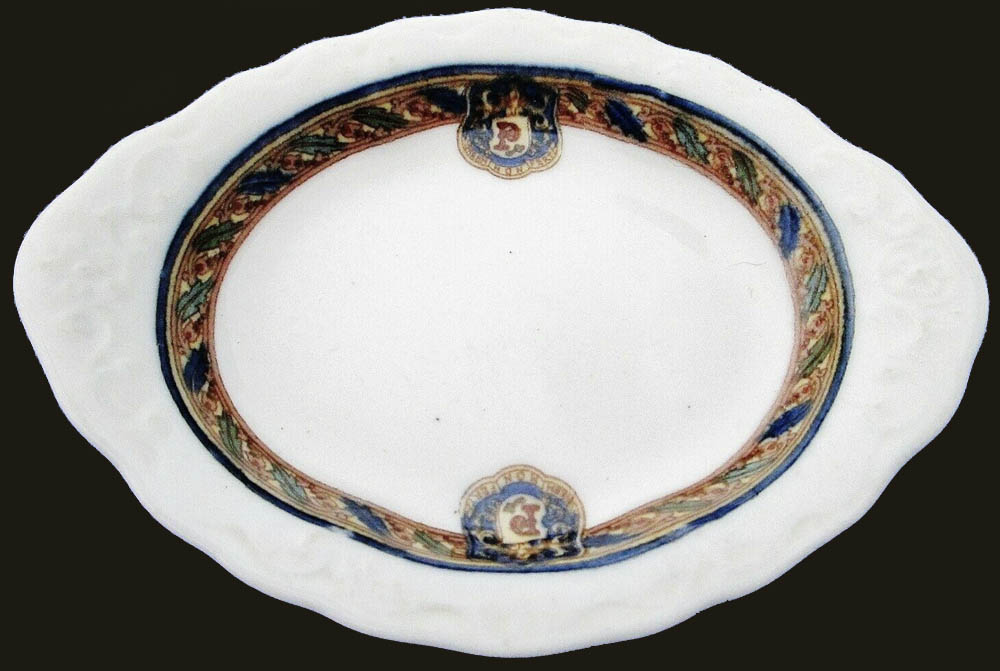 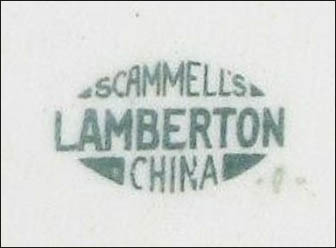 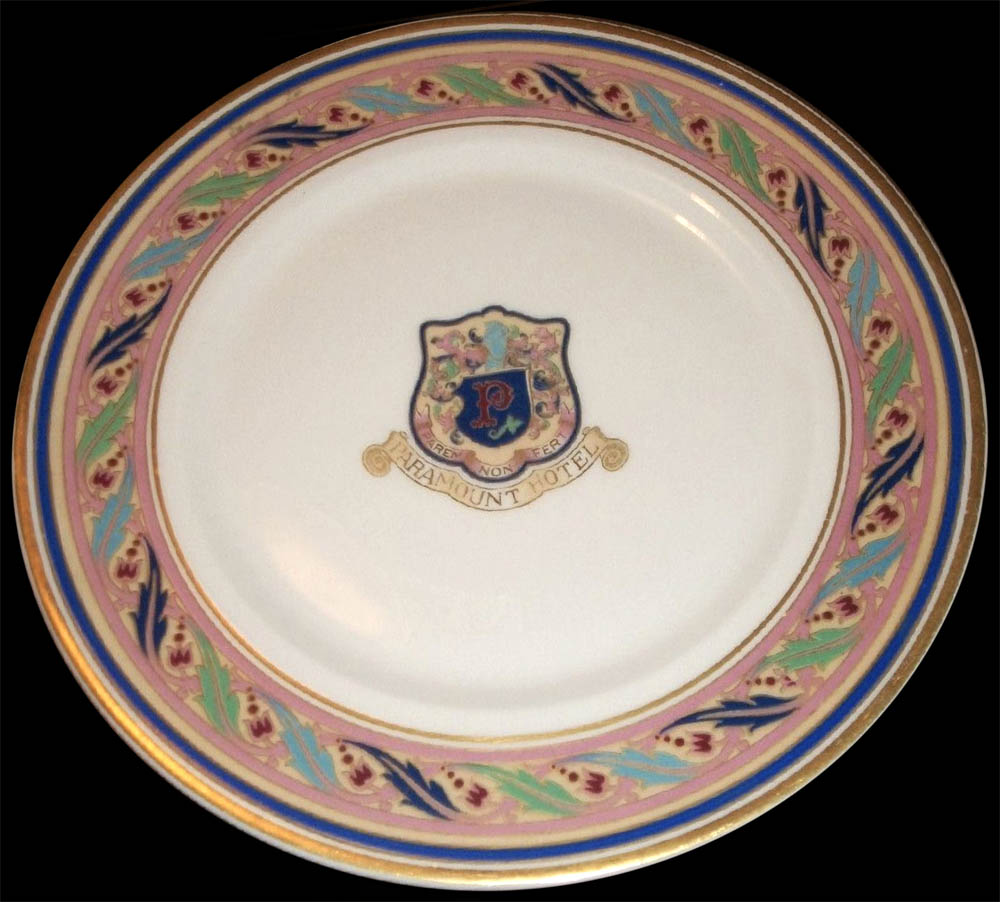 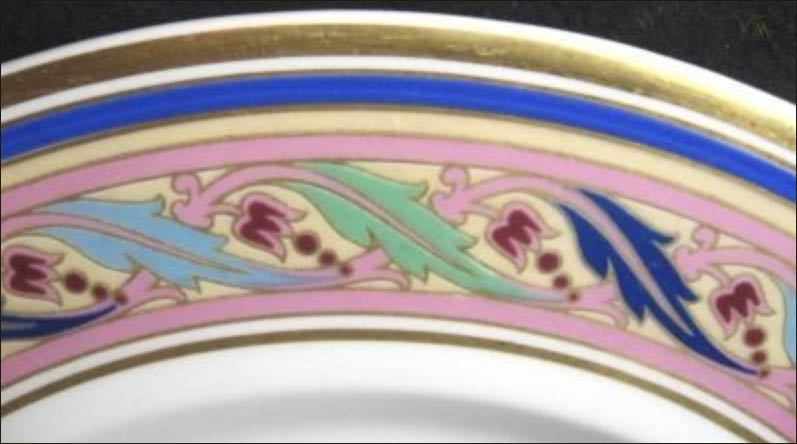 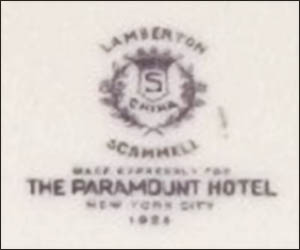 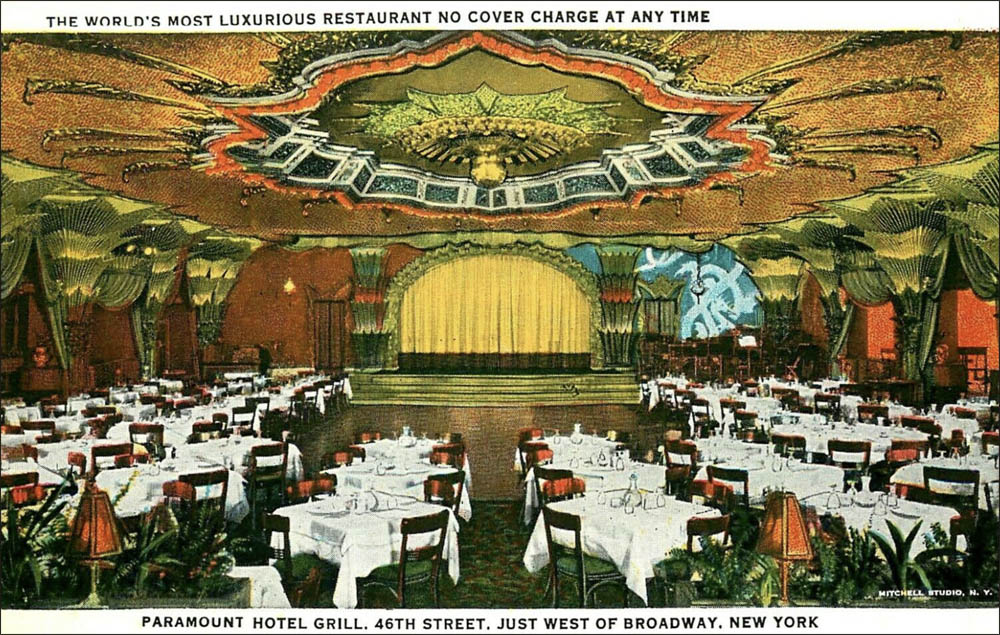 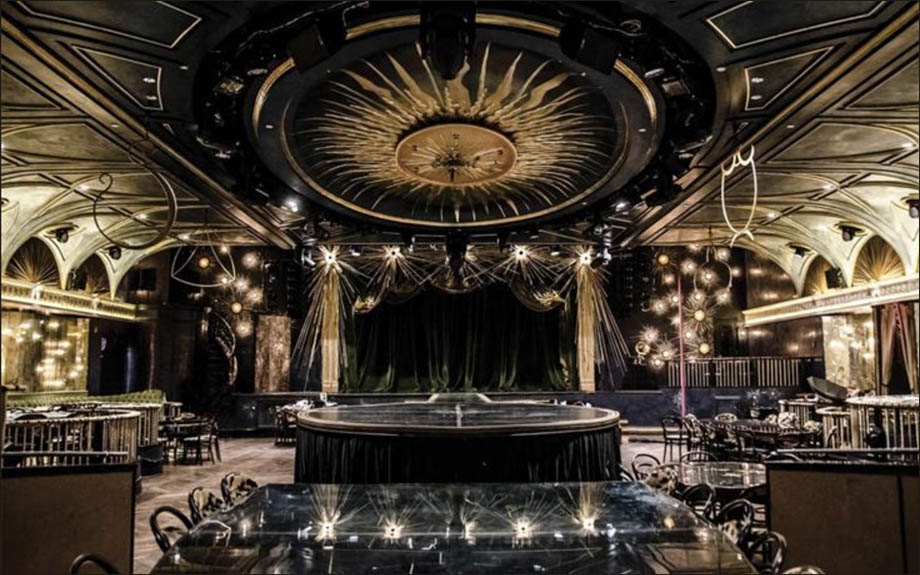 The Diamond Horseshoe Ballroom at the Paramount Hotel 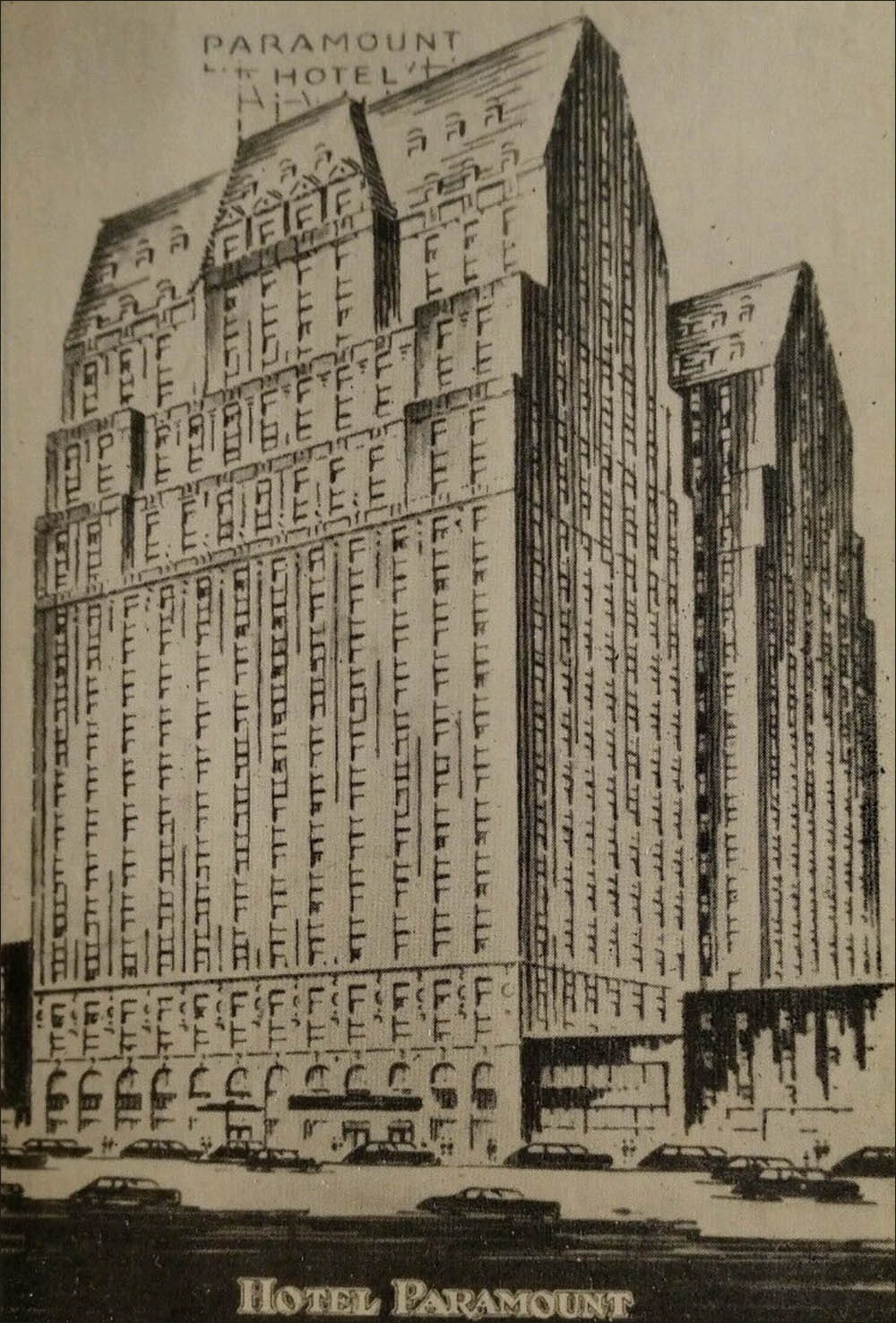 Notes: The 21-story Paramount Hotel, at 235 W. 46th Street in New York City, opened in 1928. It contained 700 rooms with private baths.  In addition to a dining room, an Art Deco-inspired basement Grill Room contained a stage and dance floor surrounded by dining tables. In December 1938, entertainment impresario Billy Rose opened his Diamond Horseshoe night club in the former grill space. Billy Rose's Diamond Horseshoe operated until 1951. In 1961, the space was transformed into the Mayfair Theater. From 1978 to 1982 it was the Century Theater. In 2013, it was renovated and reopened as the Diamond Horseshoe. In 2022, the 6,000 square foot space was available for party rentals.

The hotel part of the Paramount underwent a three-year, $75 million renovation in 1988, and reopened in August 1990. The Paramount Hotel operates with 597 rooms in 2022.

The Lamberton China service the Scammell created for the Paramount is decorated with a multi-color decal border of stylized leaves, vines, and bellflowers. The Paramount shield crest is incorporated into the border decal, rather than placed in a space between border sections. The blue rim line is also part of the decal.

The Paramount service plate has the shield crest in the center of the well. The wider, more detailed border has cobalt blue and coin gold rim lines, and a coin gold pin line at the verge. The original service plate order is back stamped "1928."