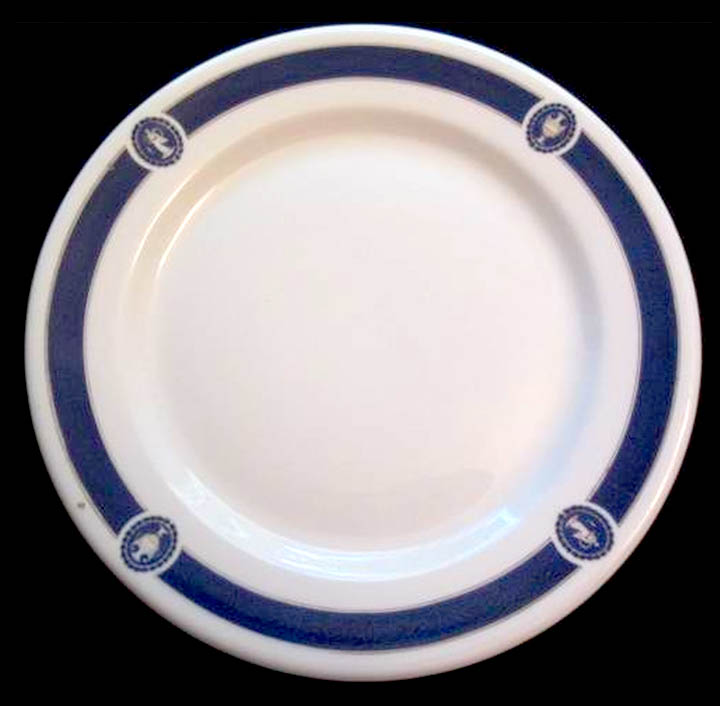 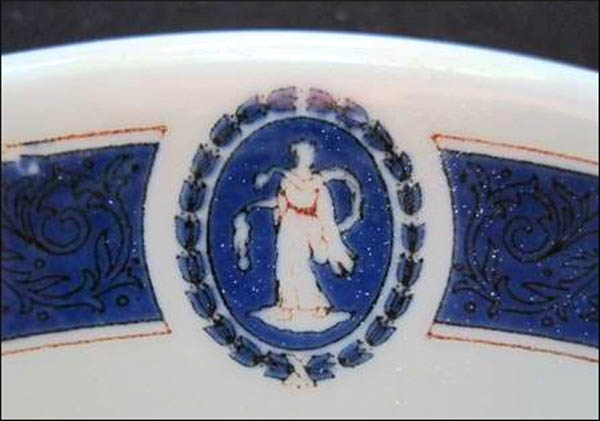 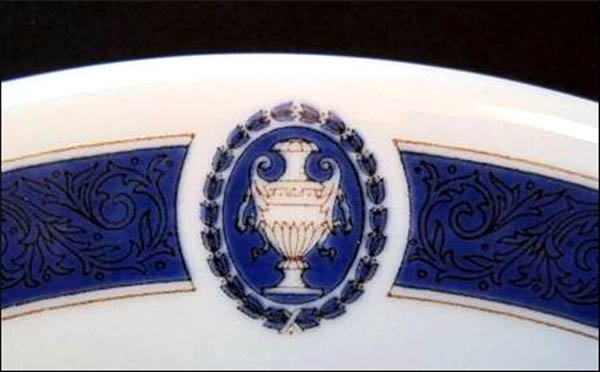 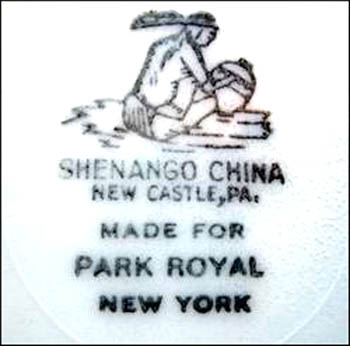 Notes: The 15-story, 510-room Park Royal was a luxury apartment hotel located at 23 West 73rd Street in New York City. Built in 1926, and designed by George F. Pelham, "the Park Royal exhibits the style and grandeur of the Golden Age in which it was built. It was intended to be home to those who did not wish the travails of maintaining a private residence." In 1985, the Park Royal was converted to a luxury cooperative and has twice been named one of the city's "Top Ten Co-ops."

White bodied plate with wide blue band of acanthus leaves broken by oval cartouches of a vase and a woman in flowing white raiment. The cartouches are surrounded by a wreath of bell flowers.