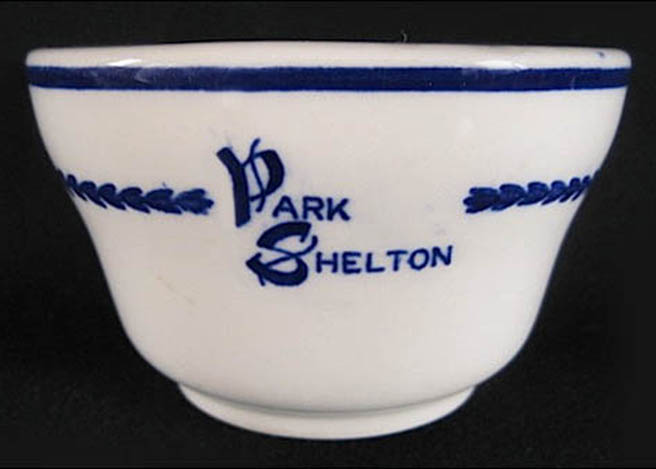 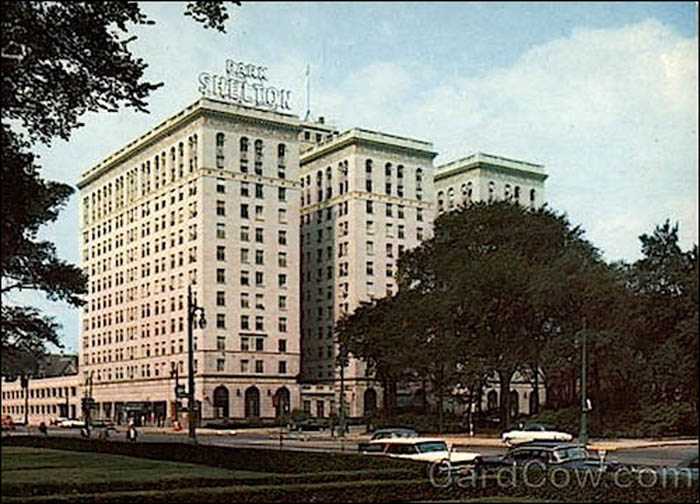 Notes: Originally The Wardell when it opened on Sept. 1, 1926, as a residential hotel, the Park Shelton Hotel is located at 15 E. Kirby Ave., in Detroit, Mich.

The 12-story, 650-room hotel was designed architects Weston & Ellington and built by Bryant and Detwiler. Of note, the lobby included a mural " The Native American Race" by Diego Rivera.

Sheraton purchased The Wardell in 1943 and it became the Wardell-Sheraton, and was later renamed the Detroit-Sheraton. It became the Park Shelton Hotel in 1953-54. (It is listed on the National Register of Historic Places as The Wardell, and was added in 2007.)

All decorations on the bouillon cup are in cobalt blue, including a solid band on the rim, and below it a band of bell flowers interrupted by the words Park Shelton.