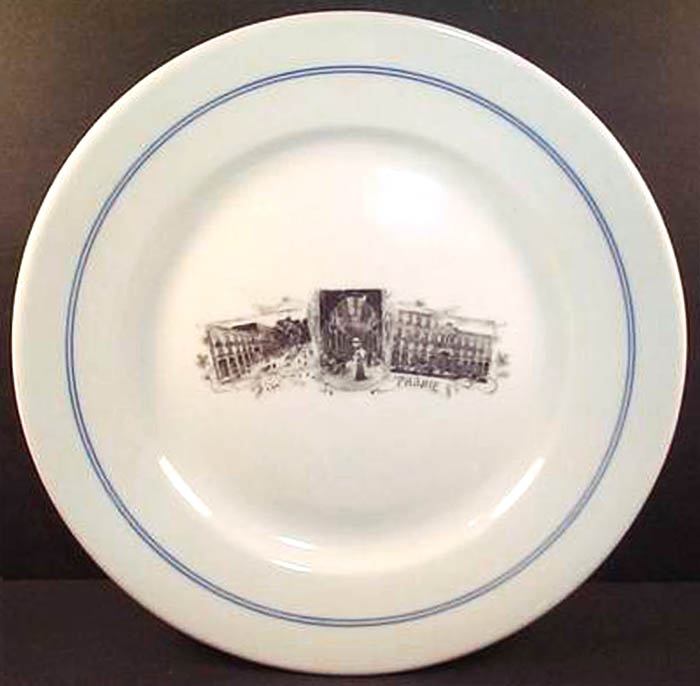 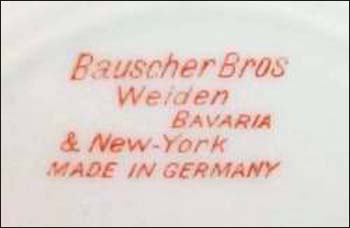 Notes: Constructed in 1876 by the Zequeira family, the Hotel Pasaje was located in Havana, Cuba — in what is known now as "Old Havana." The hotel was famous for the "Crystal Gallery" (which joined two of the local streets at the hotel) and appears to be depicted in the middle picture on the plate. By 1899, the hotel had added 40 new rooms, a fourth story, a new electric elevator, and based its room style on that of the American Hotels. The hotel advertised as being the only "high-class hostelry in Havana" with marble floors and marble pillars at the hotel entrance.

There are three black and white detailed images of the hotel and a Victorian-era dressed woman standing center under an archway in the promenade. The words "HOTEL PASAJE" appear under the image. There are two, thin blue parallel lines on the inside rim of the white body.