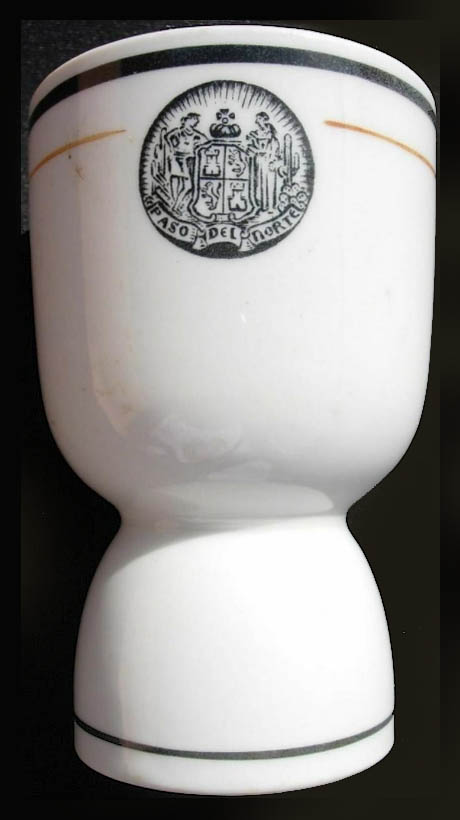 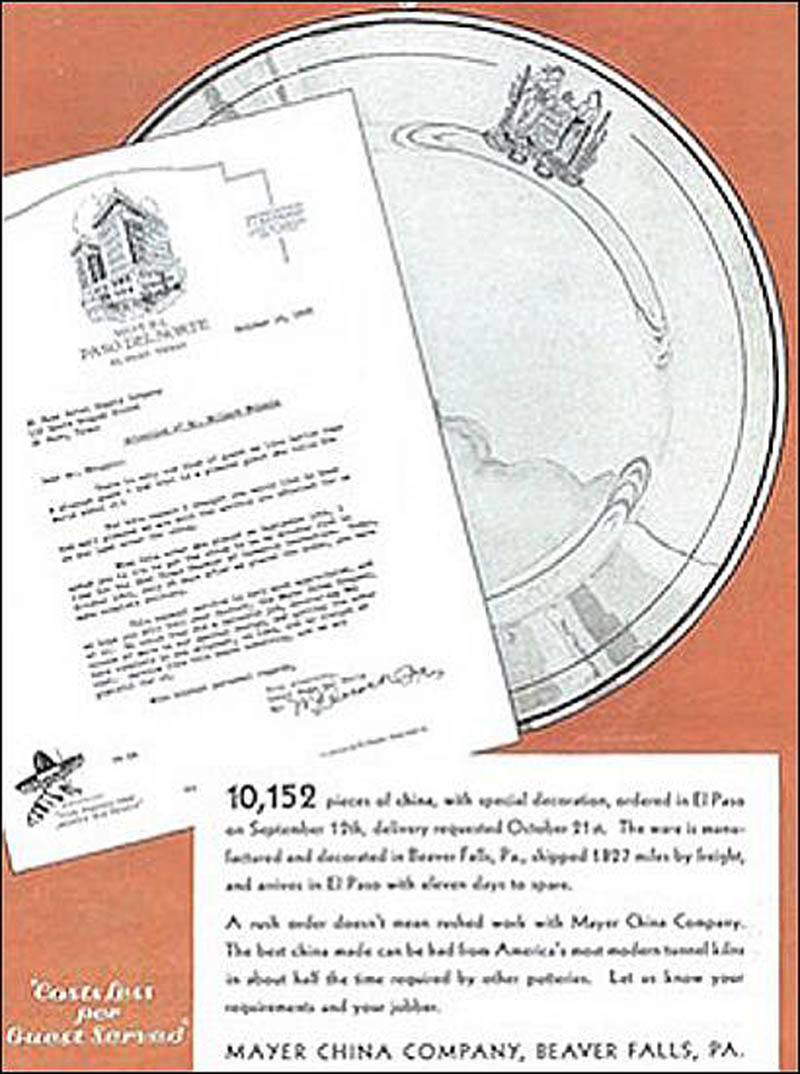 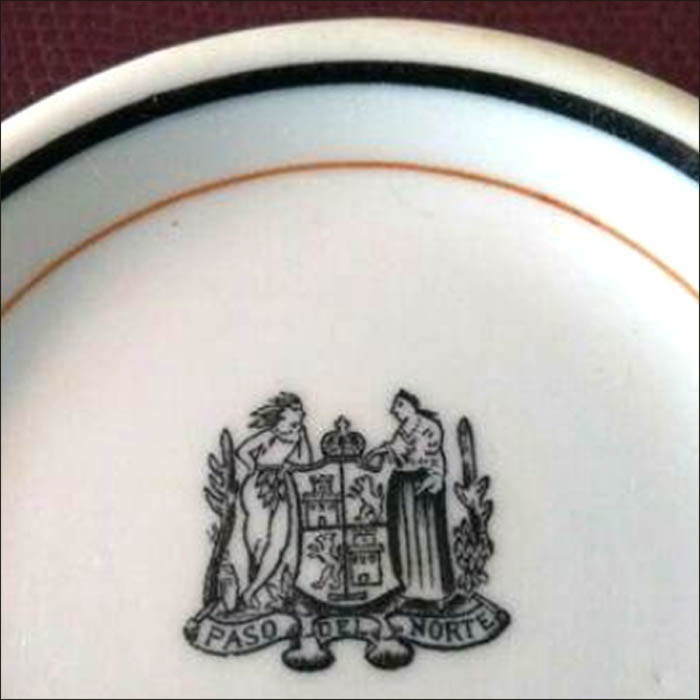 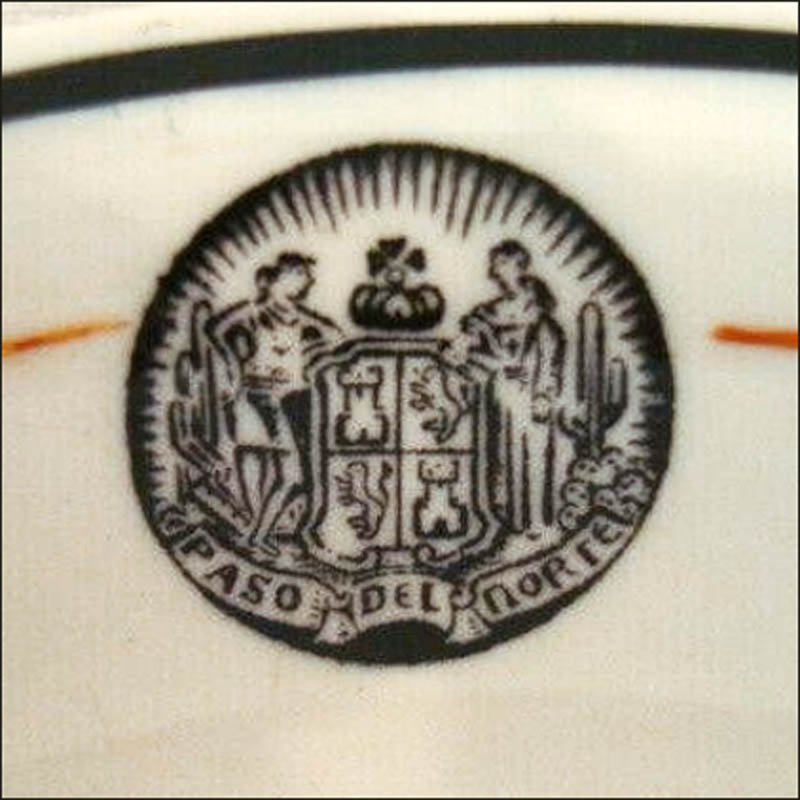 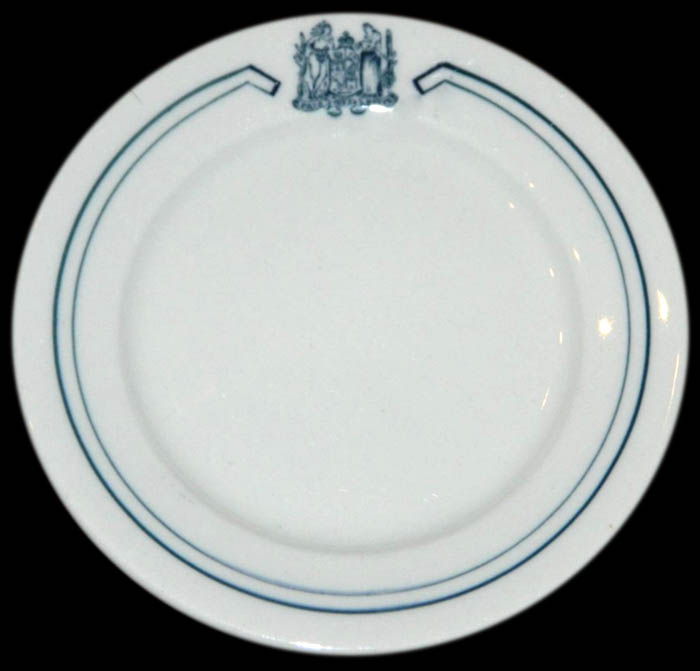 White body with a black rim line border and inner orange pin line. Topmarked with a black transfer four-part shield, flanked by a Native American chief on the left and a priest or monk on the right, with cactus in the background and a three-part banner below with "Paso Del Norte." This pattern was produced by at least three manufacturers, as noted.

Another undated example by Syracuse, shown above, has the topmark in teal blue with two blue lines on the border.