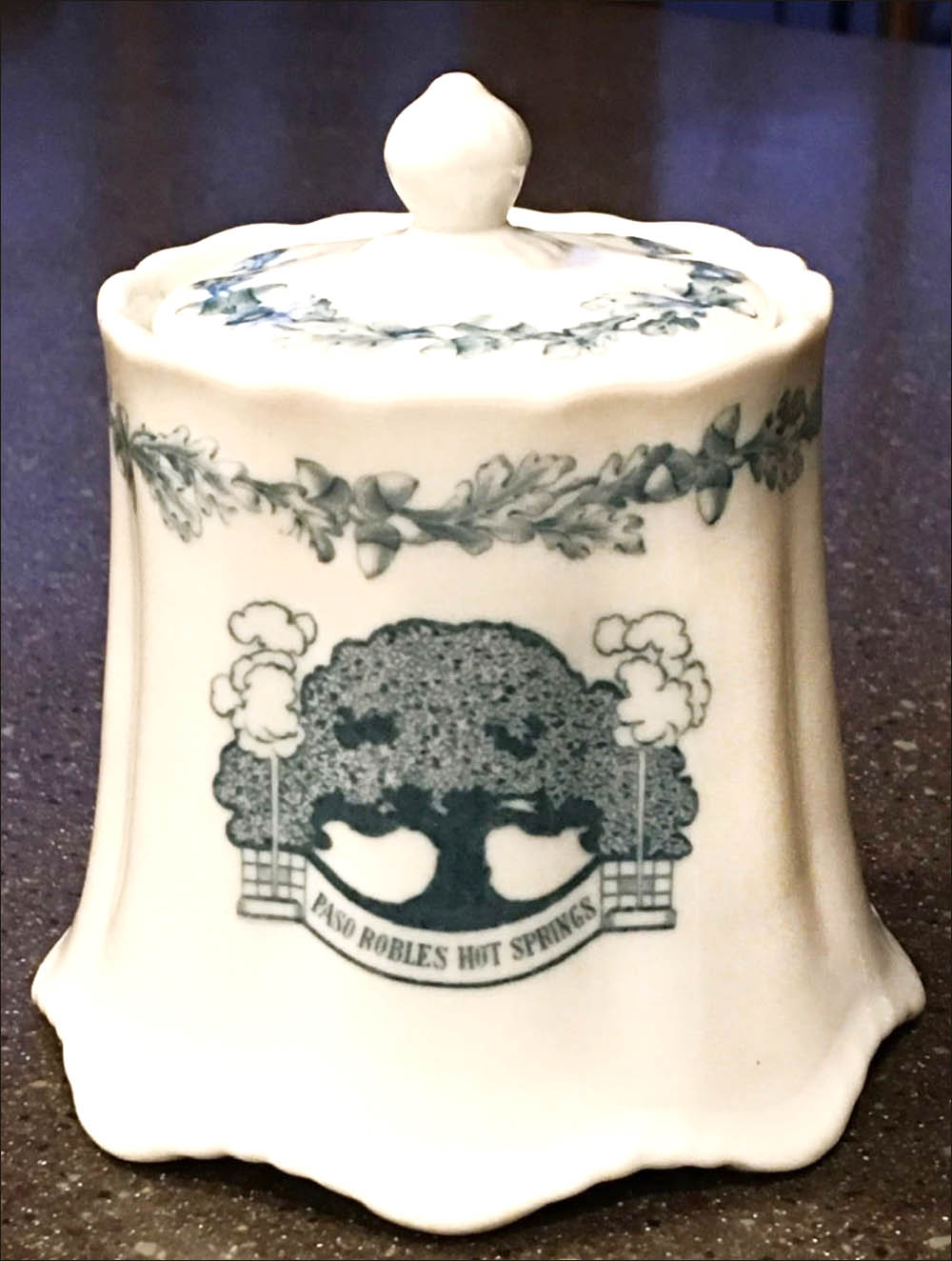 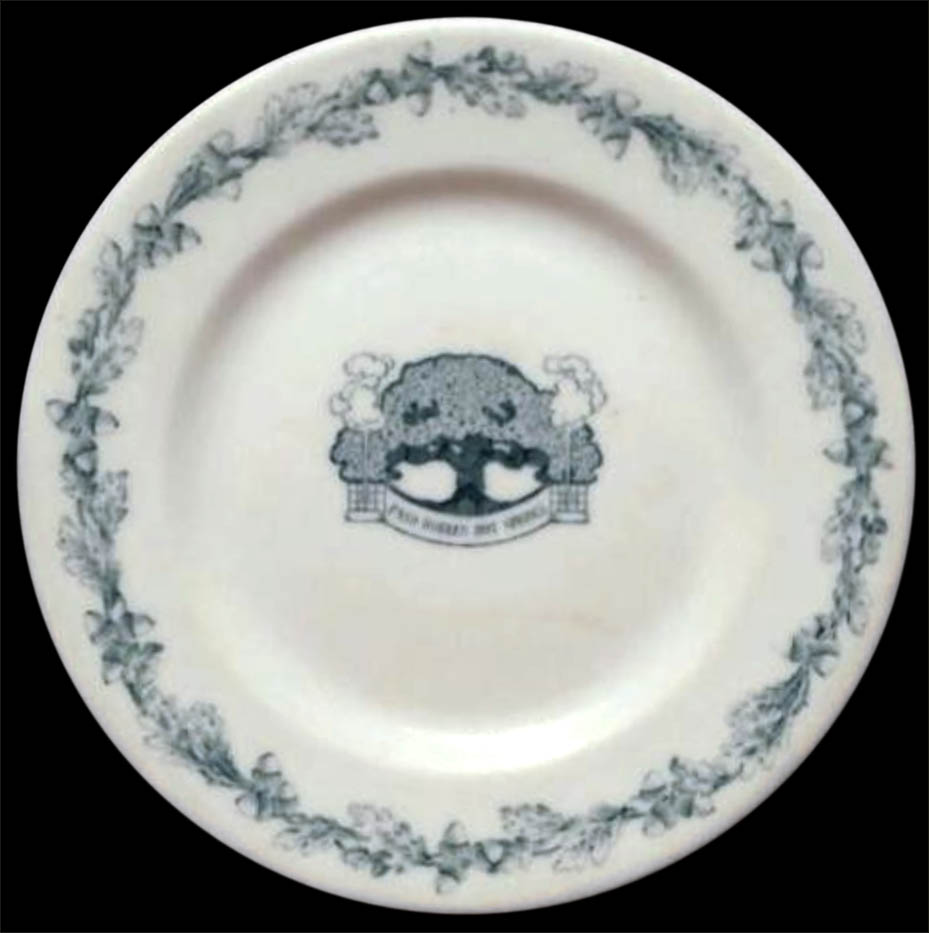 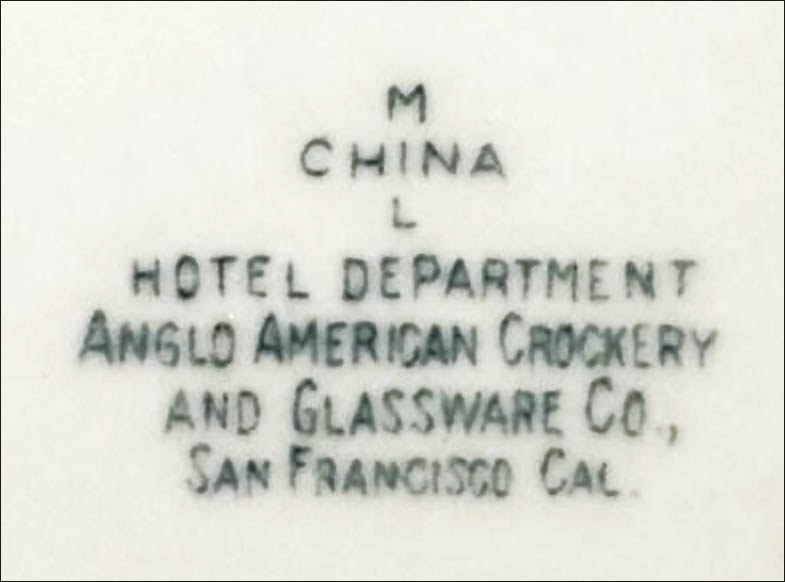 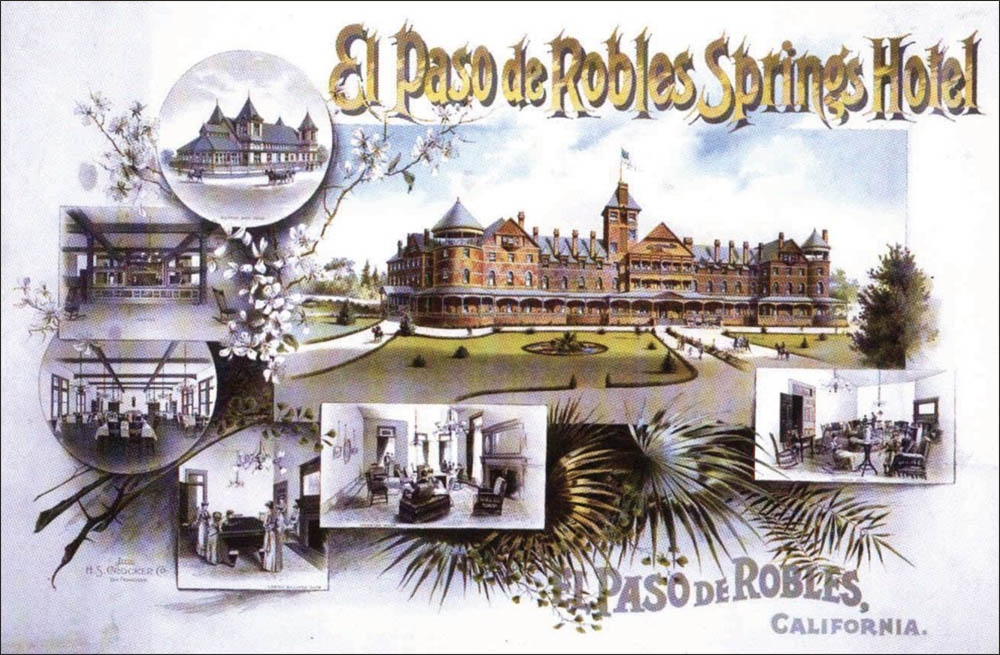 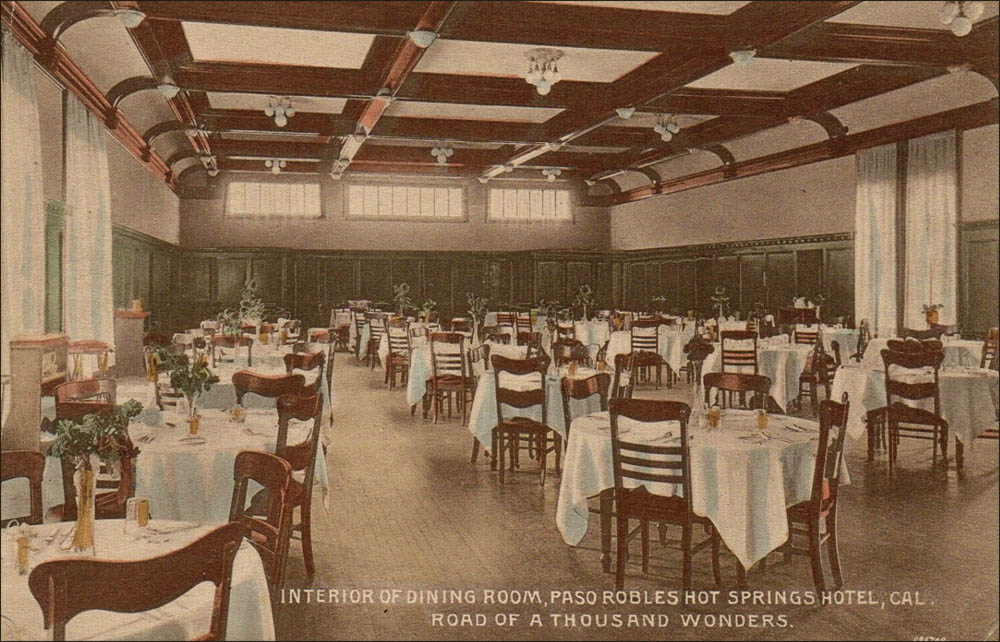 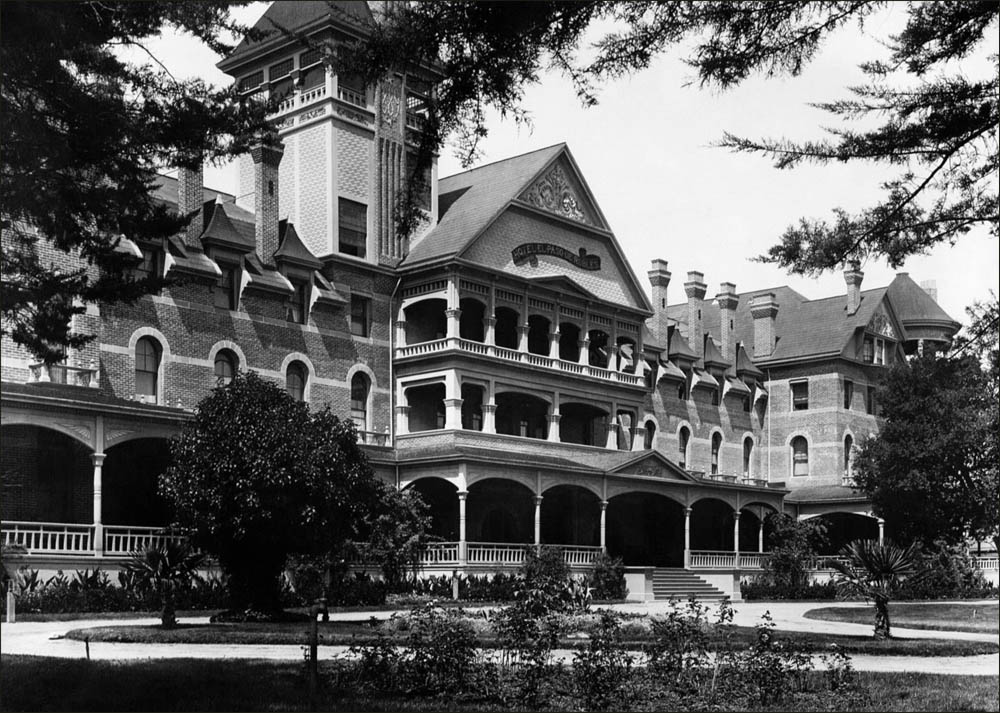 Notes: In November 1889, five stockholders formed the El Paso de Robles Hotel Company. The new hotel opened in October 1891 as the El Paso De Robles Hotel. As early as 1905, it was being called Paso Robles Hot Springs Hotel on postcards. The dining room was on the ground floor in a wing behind the lobby. Male guests had access to a bar and billiard room. Ladies had their own billiard room, but no bar.

Maddock made Lamberton China for the hotel that has a transfer crest with "Paso Robles Hot Springs" in a panel curved below a stylized tree. Two stylized clouds of steam from the hot springs flank the tree. The oak leaf and acorn transfer border is a variation on the decal border that Maddock created for Union News Company.

The Hotel Department of Anglo American Crockery & Glassware Company supplied this china. The Dohrmann Co. took over Anglo American around December 1910, but the Anglo American name may have been used for a short time after the take over.