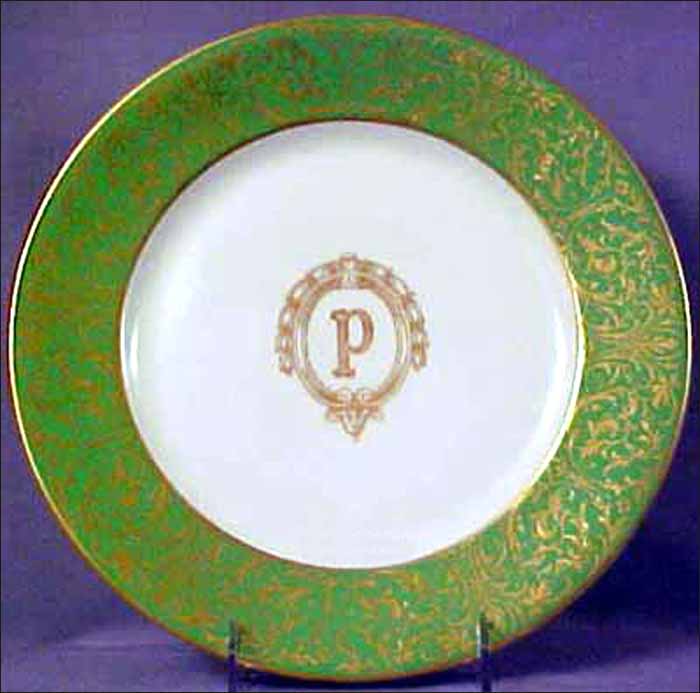 Notes: The first Paxton Hotel was built at 14th Street and Farnum in Omaha, Neb. This hotel was torn down in 1928 (the plate pictured was used at this hotel). In 1929, a new 420-room Hotel Paxton was built on the same site. In 2006, the building was a condominium complex.

White body with a wide green band border and a coin gold ornamental scrolling acanthus leaf overlay design and two coin gold lines on either side. Center marked with the Hotel Paxton logo consisting of a "P" set within an oval, adorned with bell flower ornaments down the sides from the top and an ornament at the bottom.

Scammell China note: A July 2014 ebay auction of Hotel Paxton plates made by Syracuse included one plate in the same pattern backstamped Ivory Lamberton Scammell and "Made expressly for Marshall Field & Company." Larry Paul shows usage of this mark between 1928 and 1936. It is not known if the second Hotel Paxton used the same china service.