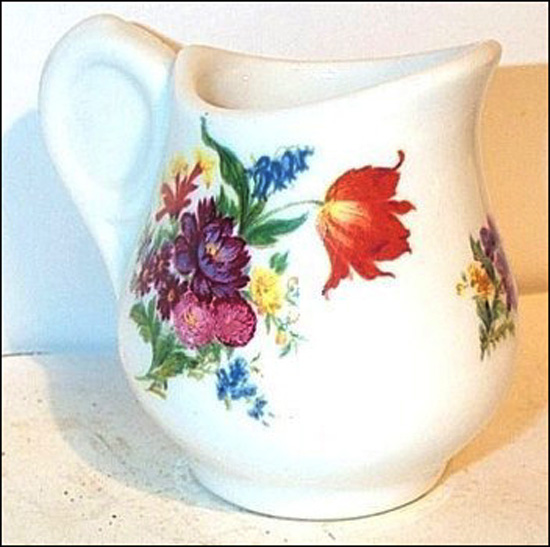 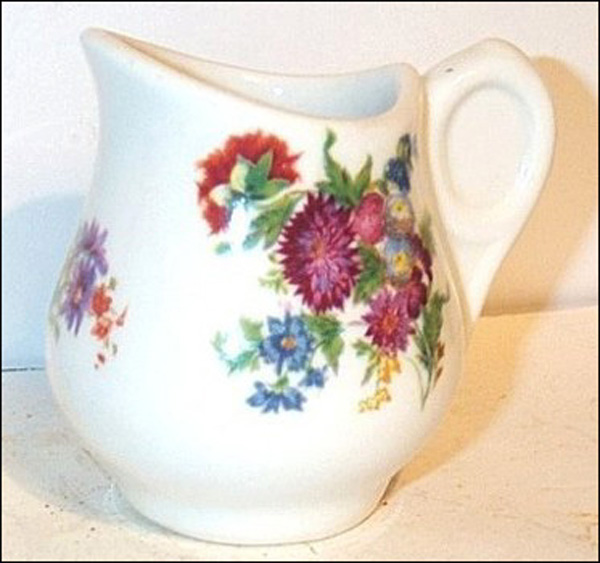 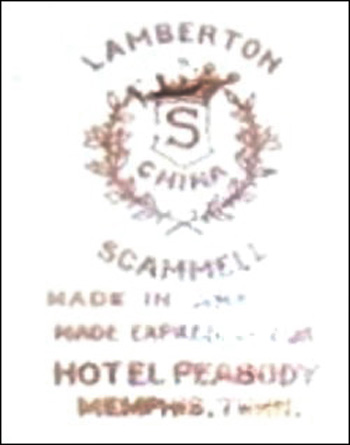 Lamberton China white body, multi-colored flowers on front and back.