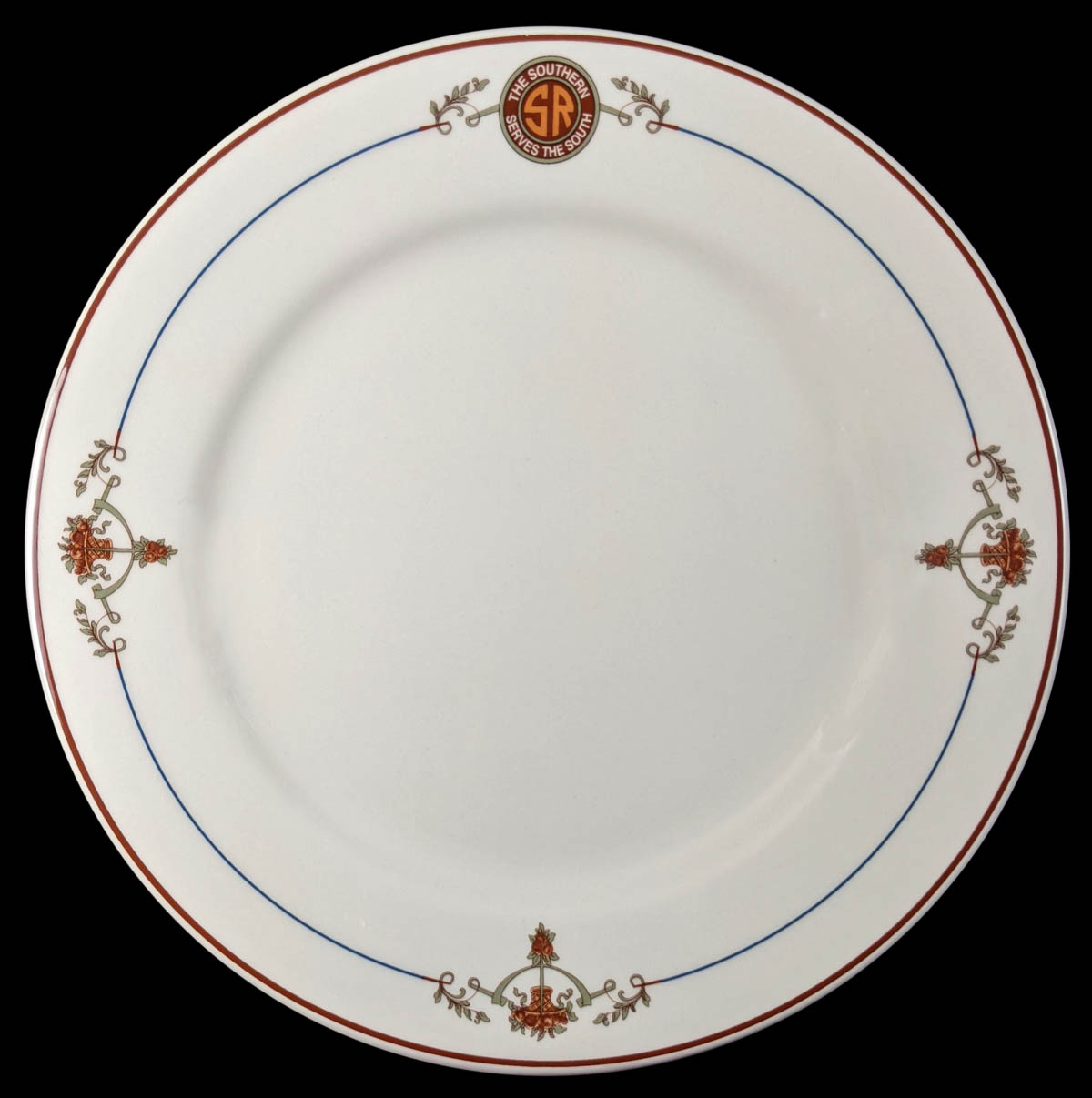 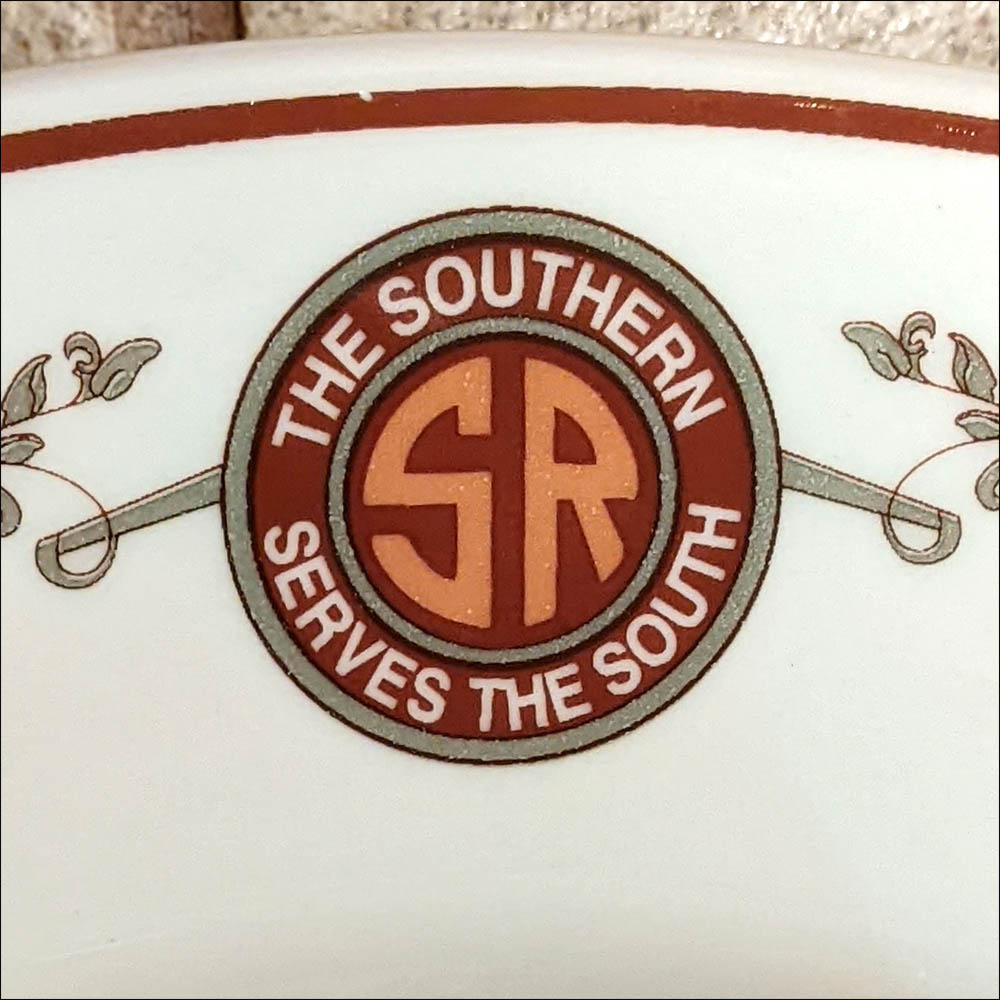 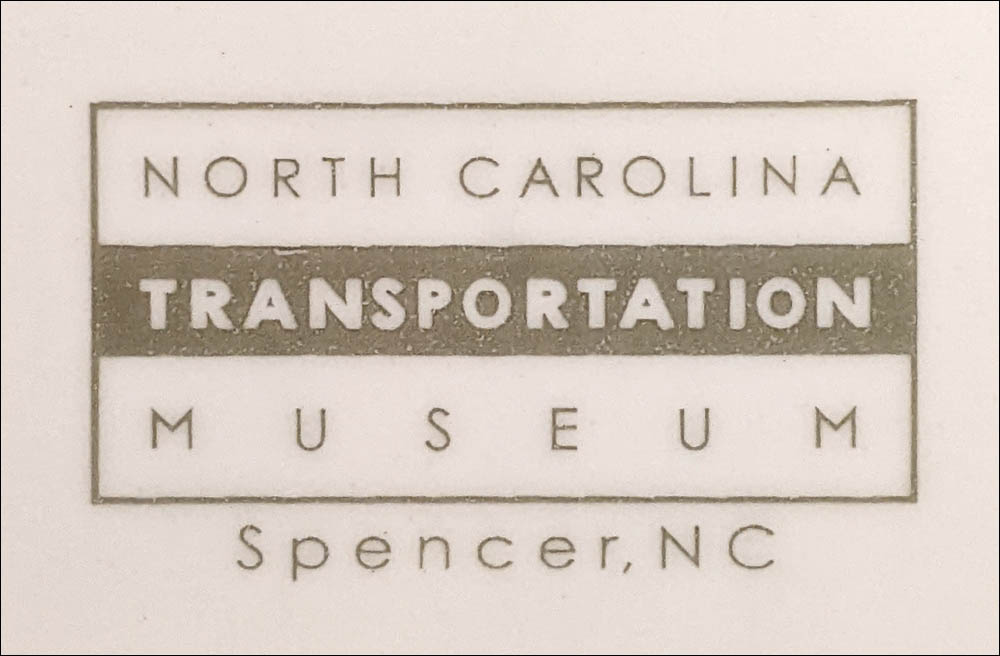 Notes: Peach Blossom was the name given to this design by railroad authors with the addition of the Southern Railway topmark or by a backstamp, and occasionally by both. It was reproduced in the early 21st century in a limited run of 100 five-piece place settings by the North Carolina Transportation Museum in Spencer, N.C., for sale in its Gift Station. Best guess is that the manufacturer was a modern subsidiary of Buffalo China. The design is very well executed and it – and the weight of the plate – make it indistinguishable from traditional commercial ware except for the addition of the North Carolina Transportation Museum backstamp.

The topmark on this plate is an olive green circle that has the words in white, THE SOUTHERN SERVES THE SOUTH. In a concentric, interior circle are the letters in orange, SR, on a dark orange red background. Also on the border is a deep orange red line and a basket of (ostensibly) peaches and vine design, in green.