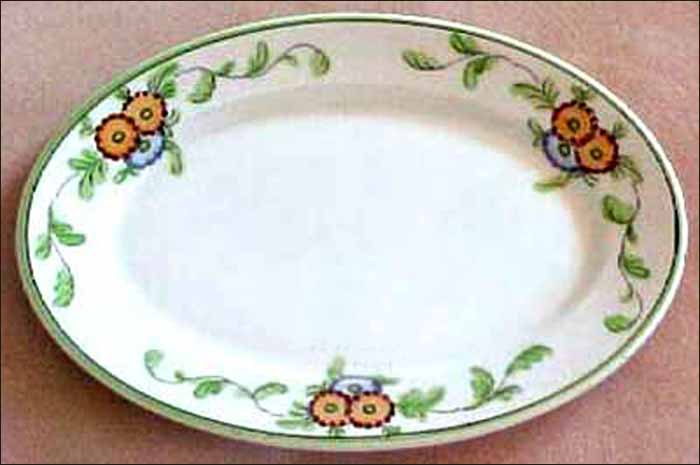 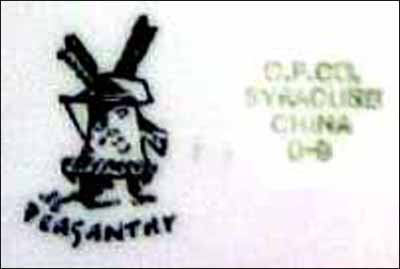 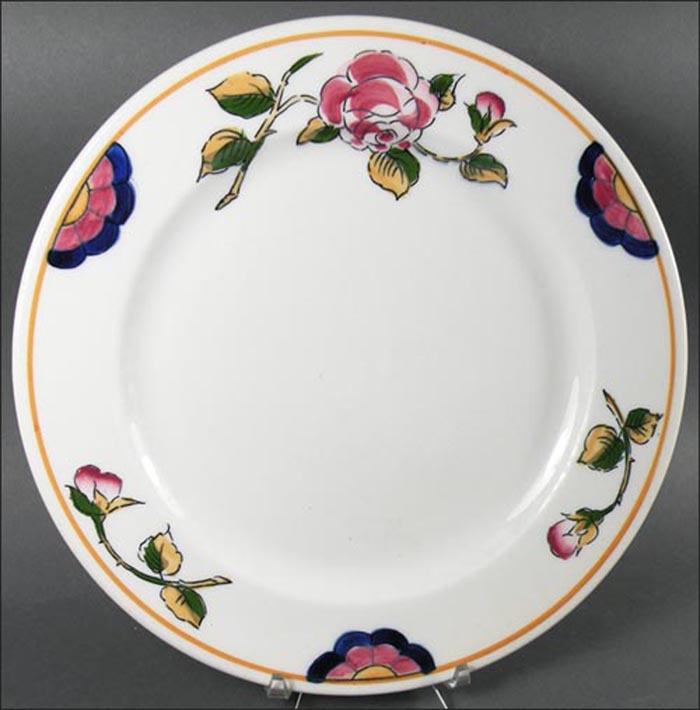 Date of Plate: 1925 This version of the pattern was called P-9 and is shown in this catalog of Syracuse overglaze patterns on page 156. 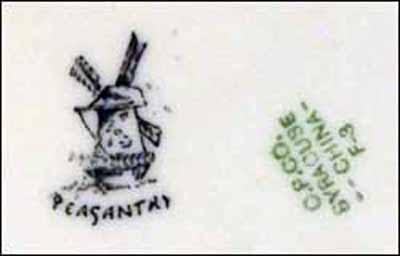 Notes: Peasantry was a series of patterns that were all hand painted or hand filled. There are known to be close to 200 in the series. The pattern numbers are thought to be noted sequentially, beginning with a P.

While backstamped "Peasantry," the plate does not have an identifying series mark.