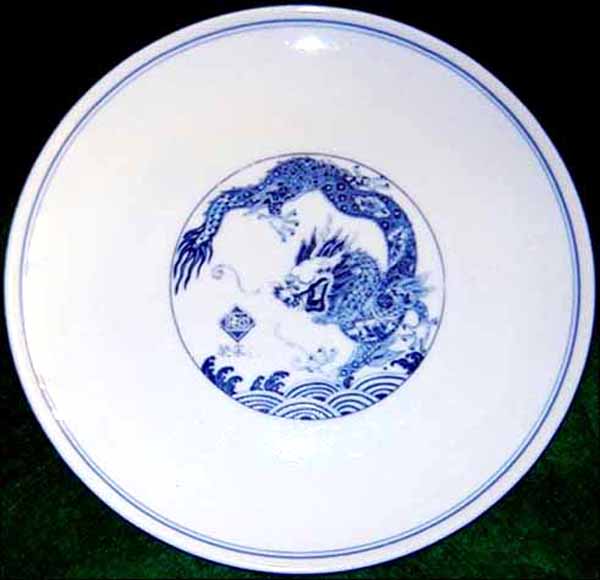 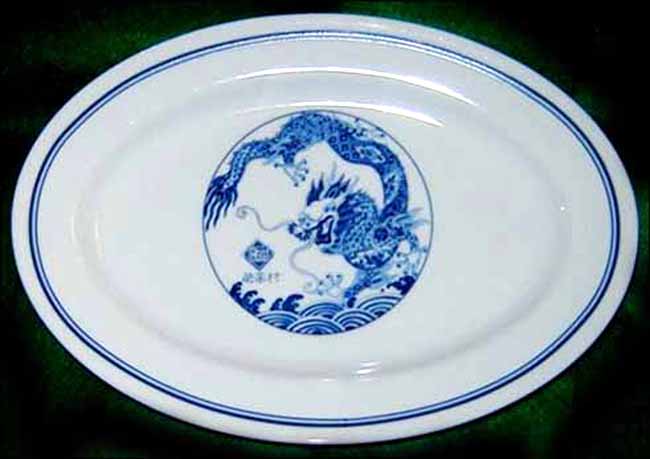 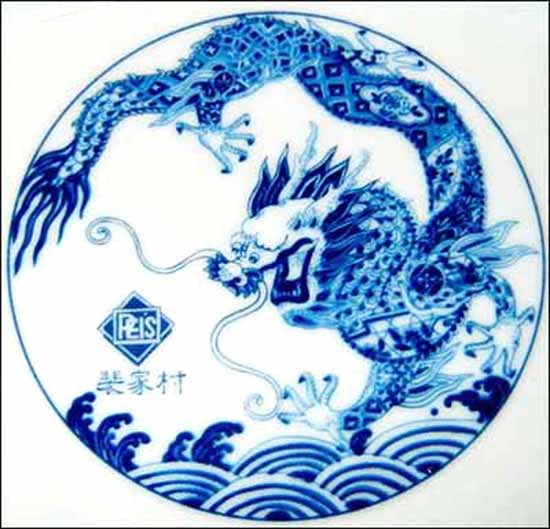 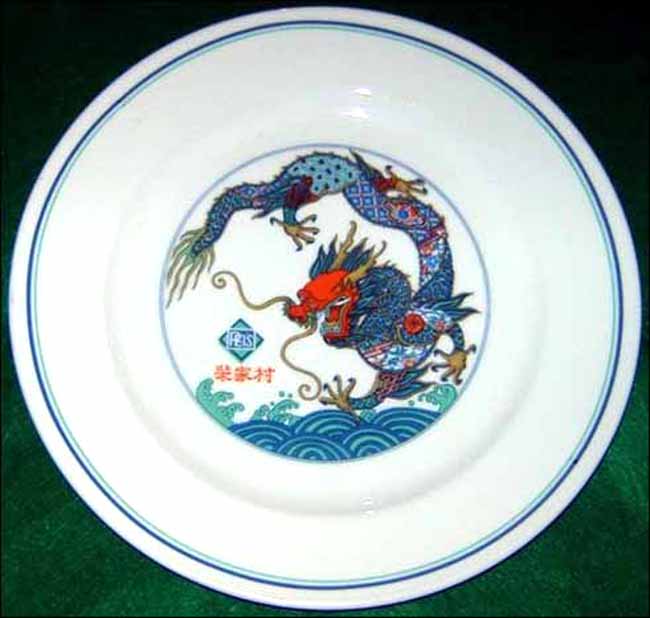 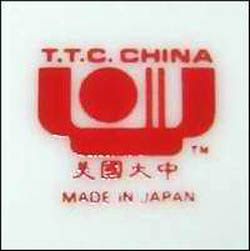 According to local news accounts, the Pei's renovated their restaurants in 1995 (and actually relocated their first restaurant to a new location across the street) with an updated, contemporary Asian decor. They also changed the restaurant name to Pei's Ohana Japanese and Chinese Restaurant to reflect Sushi and other Japanese cuisine menu additions.

Identified as Pei's Mandarin again in 2009, the restaurant on 6th Street made the best of Cedar Rapids restaurant list.

Plates are decorated in two styles. The 10 1/2 inch diameter plate and platter shown above are white with two thin blue lines of unequal thickness along the edge and a blue circular logo centered showing a dragon and the logo for Pei's in the lower left. Pei's also used a larger service plate with two thin unequally thick lines on the edge, the outer being blue and inner being green. The center logo is larger and rendered in four colors.