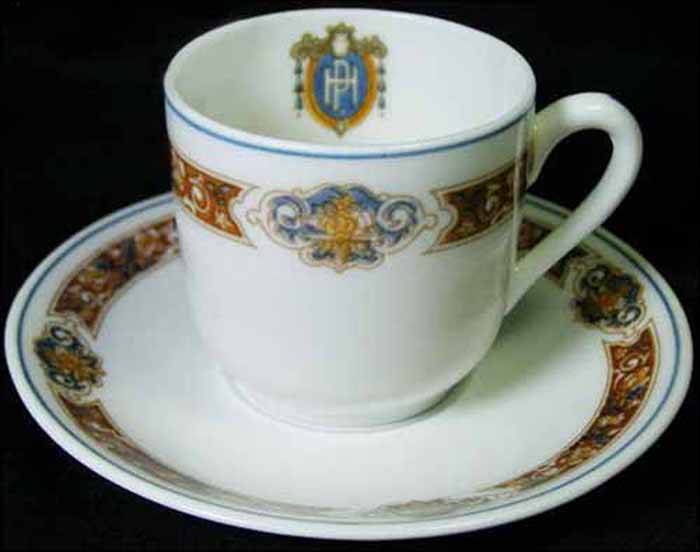 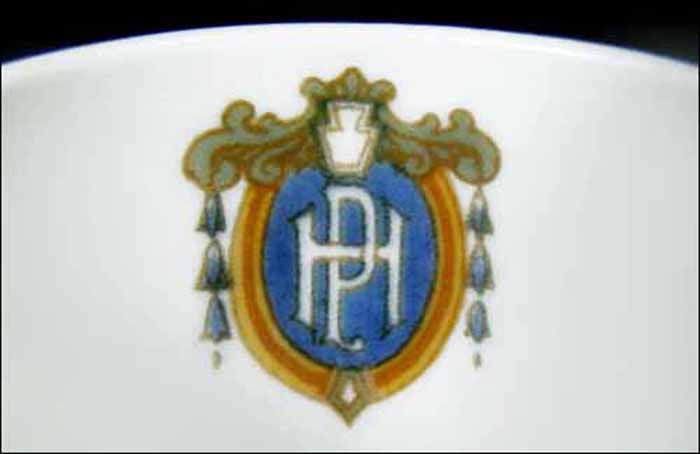 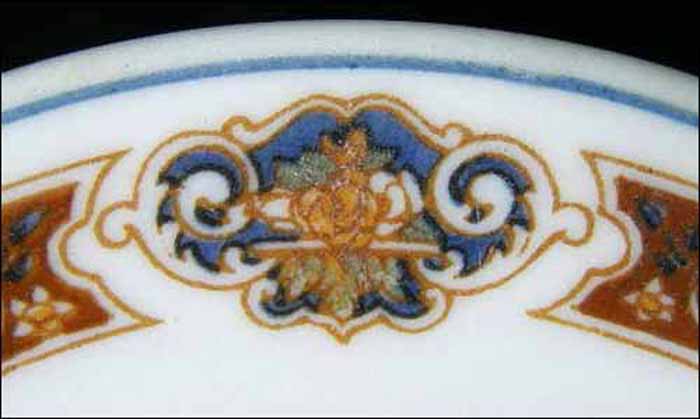 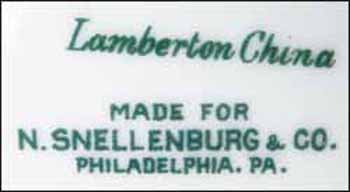 Notes: The 10-story, 600-room Hotel Pennsylvania was located on Chestnut at 39th St., Philadelphia, Penn. It was designed by Clarence Edmund Wunder and completed in 1922. From 1927 to 1935 the hotel was listed as the Hotel Pennsylvania. From 1937 to 1945, it was the Philadelphian Hotel, and in 1948, it became the Penn-Sheraton Hotel. In 2007, it was the Chestnut Hall Apartments, part of University City, surrounded by the University of Pennsylvania.

Cup has hotel crest on inside of cup, bottom is marked with Lamberton China, Made for N. Snellenburg & Co. Philadelphia, PA. Saucer does not have the crest, but it is marked with same distributor mark.

Lamberton China white body with oval frame crest in blue, brown and green. Interlocking "HP" inside oval with keystone and scrolls above and a brown scroll panel border with blue scroll and pink/light brown floral inserts between panels and a teal blue rim line.