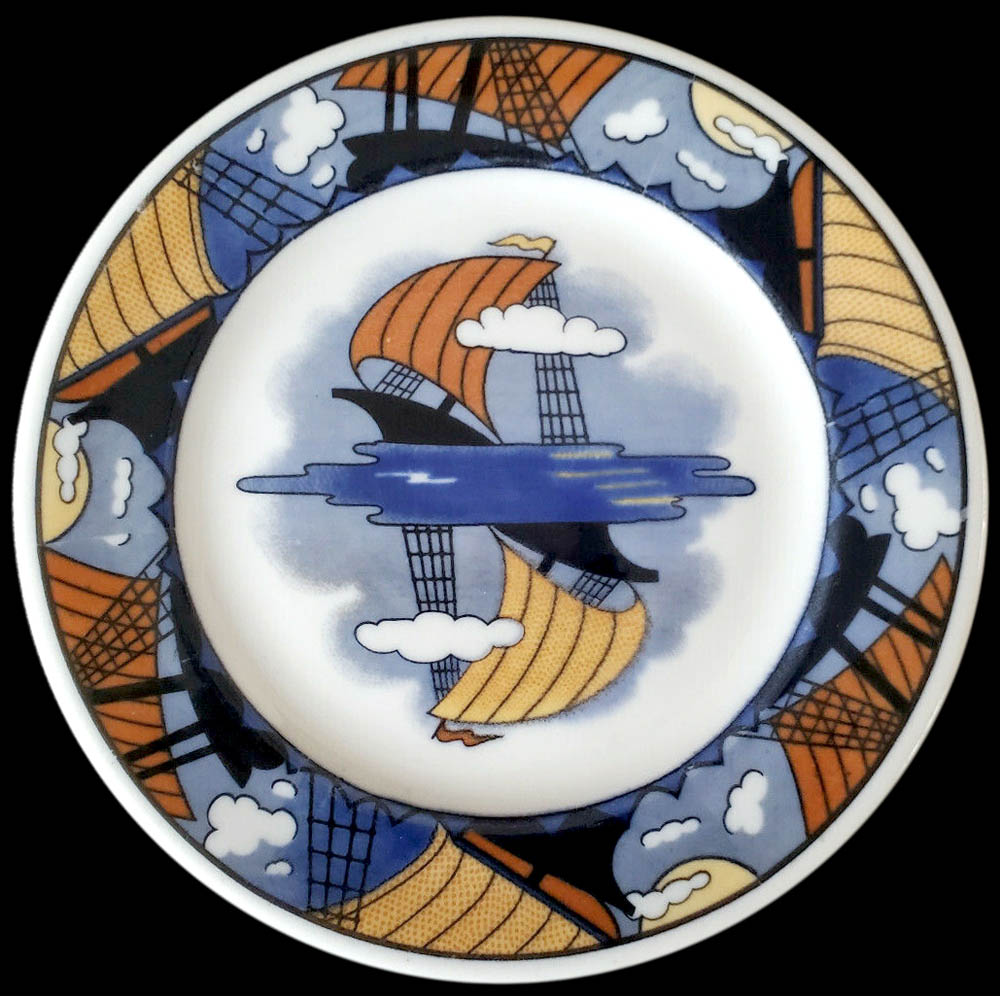 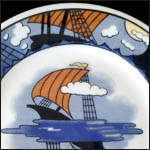 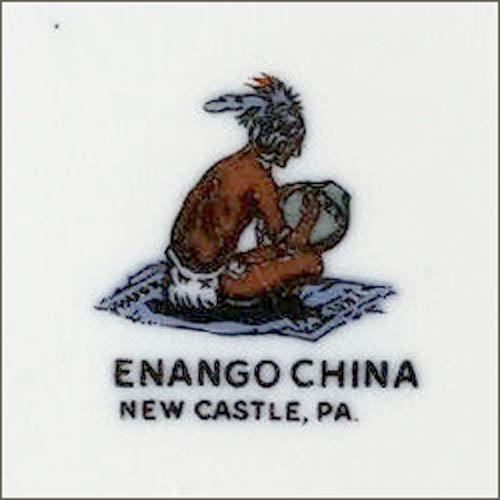 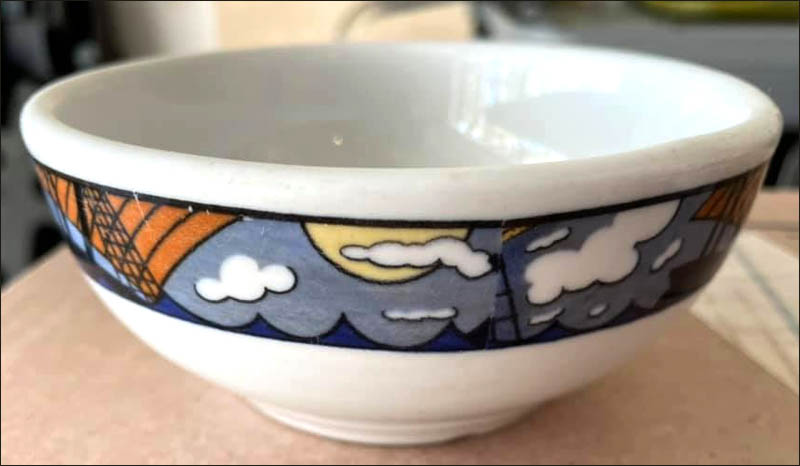 Notes: * It has come to the attention of RWCN members that "Penzance" is not the name issued by Shenango for this pattern. That name, if anything other than a number, is still unknown, but an individual with a commercial website called it that now many years ago. The RWCN has unknowingly perpetuated that error, and because the Penzance name is now widely known, the decision has been made to continue using it, with this disclaimer. We like to think of it as non-Penzance. 🙂

Stylized nautical looking design in blue, gold, orange with white clouds that can appear to be an airplane but is probably a ship or ships with mast and sails with their reflection showing in the water.