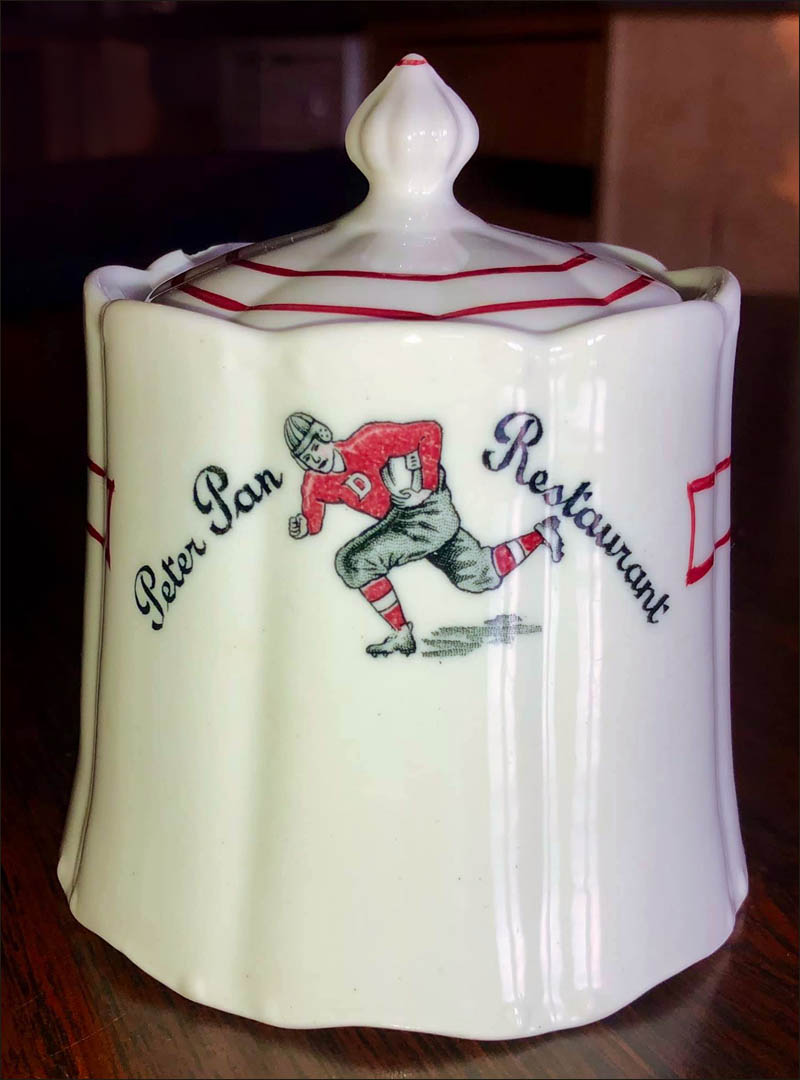 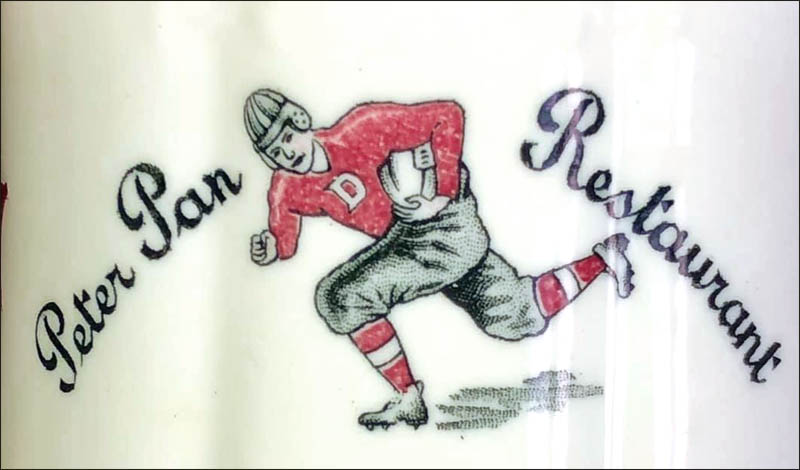 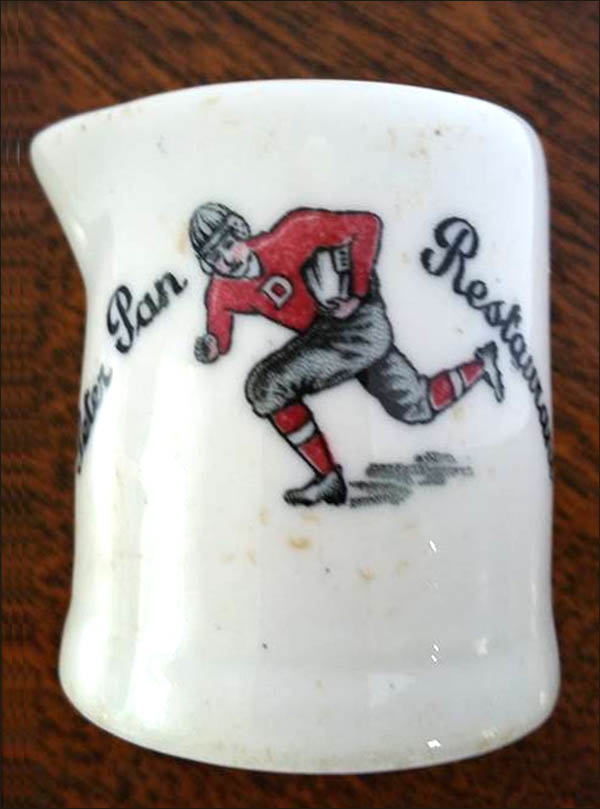 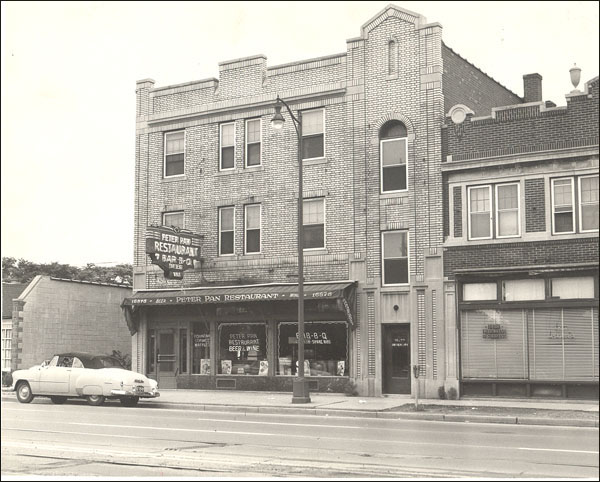 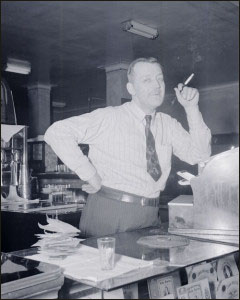 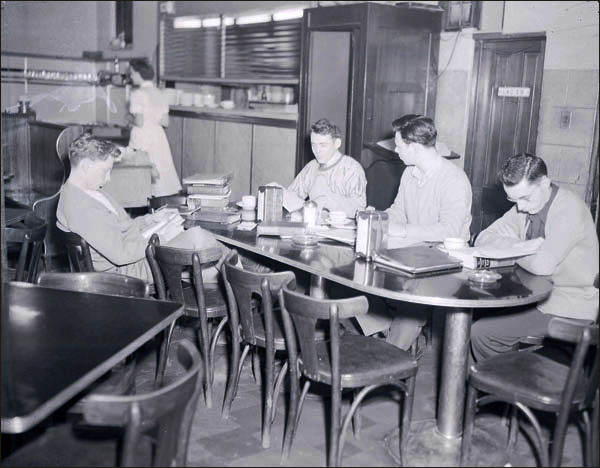 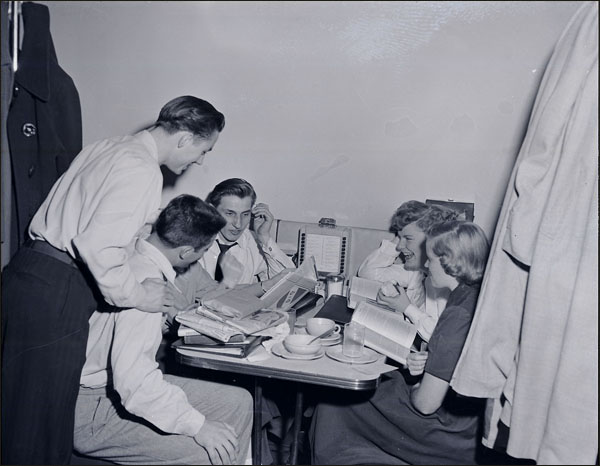 "The university's famous undefeated football team of 1928 ate at the Pan at a long table reserved for its use. Doc would claim credit for the winning year. He told the team captain that if they beat everyone that year, he would throw them a banquet and give each lettermen a $5 gold piece. There were 38 lettermen. In 1928, Doc and his partner enlarged the restaurant and built a hotel above it because the university had no dormitory facilities for out-of-town students.

"In 1944 Doc's partner died and the work was too much for Doc, so he sold the Pan. The ownership changed hands a few times, but eventually the place closed and the building torn down. In its location at 16875 Livernois is a vacant lot."

White body Warwick "club" covered sugar bowl with a scalloped rim and sides to the bowl and scalloped fluted top with two thin red lines. The upper sides of the bowl also have two thin red lines about 3/10 of an inch apart. At the front of the bowl the red lines are broken by the insertion of a drawing of a running football player in a red jersey and red socks. To the left of the player are the words "Peter Pan" at 45 degree upward angle, and to the right of the player is the word "Restaurant" at a 45 degree downward angle. All three words are in a fancy script font.