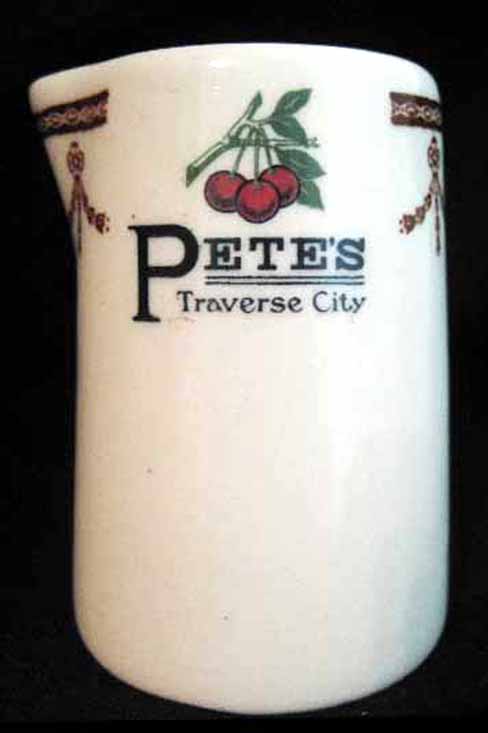 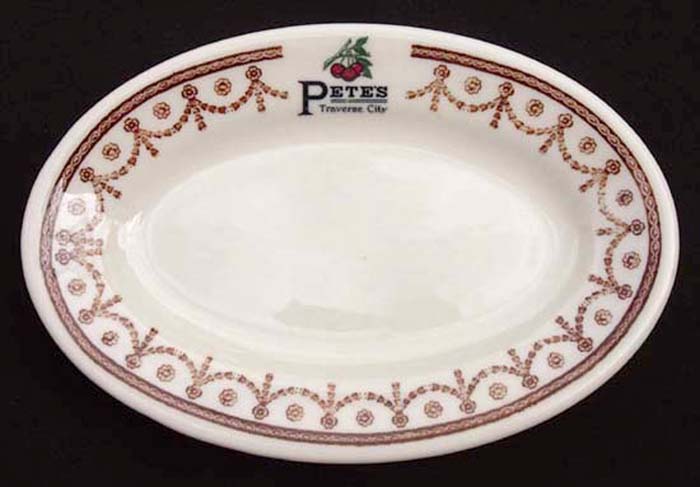 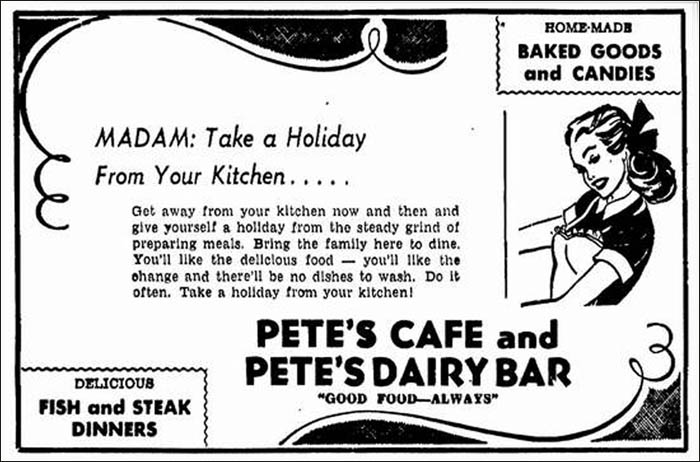 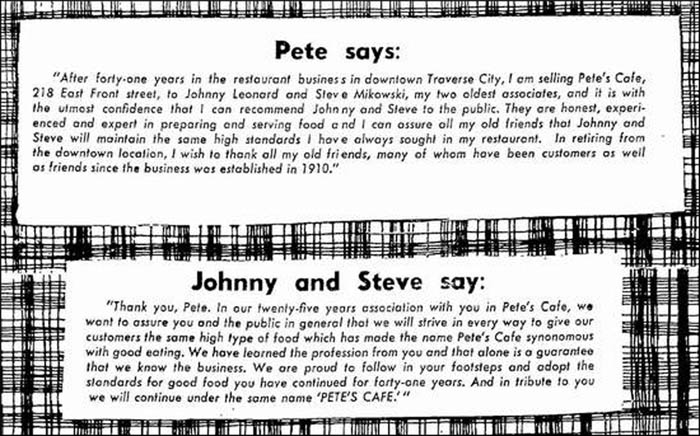 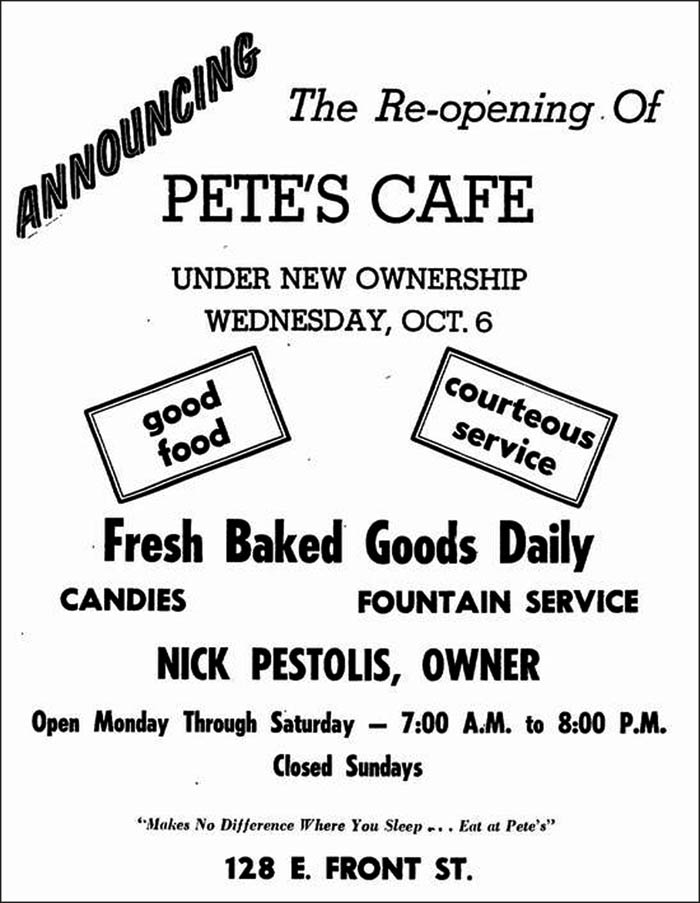 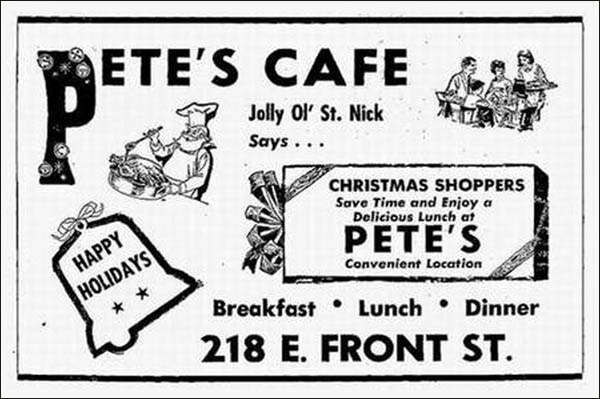 Notes: In 1910, entrepreneur Pete Batsakis opened a popular ice cream & candy shop known as Pete's Sugar Bowl in Traverse City, Michigan. Building on his success, Pete expanded in May 1924 with the opening of The Coffee Shoppe, located around the corner from Pete's Sugar Bowl, and opened several other businesses in Traverse City — the Cherry Capital of the World — in the years that followed.

In 1951, two important events occurred: Kiki's Restaurant took over the former Pete's Dairy Bar location at 128 E. Front St. in May 1951 and the Batsakis family sold Pete's Cafe in June 1951. In the newspaper excerpt shown below, Pete Batsakis gives thanks to the Traverse City community and to the patrons of Pete's Cafe, acknowledging new owners Johnny Leonard and Steve Mikowski.

Based on news ads and team bowling scores, Pete's Cafe (sometimes advertised as Pete's Cafe Bakery) continued to operate on East Front Street in Traverse City until at least 1966. Given the date range of the backstamp, this creamer could have been used at any one of Pete's Traverse City venues spanning the 1930s through the 1950s, including Pete's Cafe (at either Front Street location) or Pete's Dairy Bar.

Tan Inca Ware body with dark brown ornamental band border and swag design around the rim. Topmarked with three red cherries hanging from a green-leafed branch and the word PETE'S in black, underscored by two black pin lines and the words Traverse City beneath the pin lines.