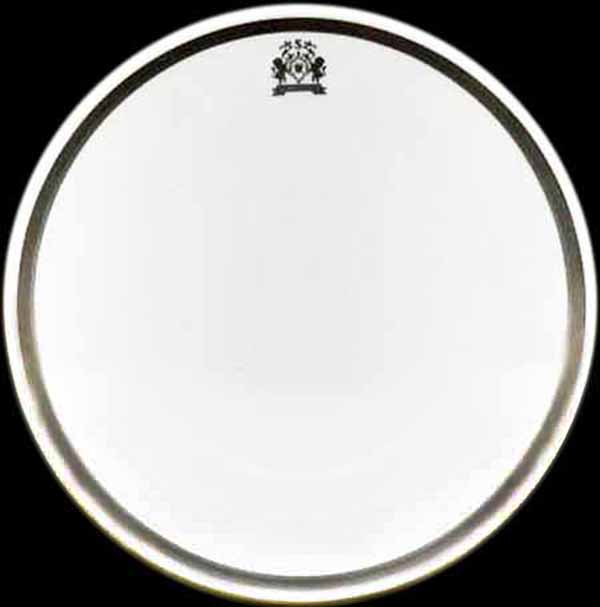 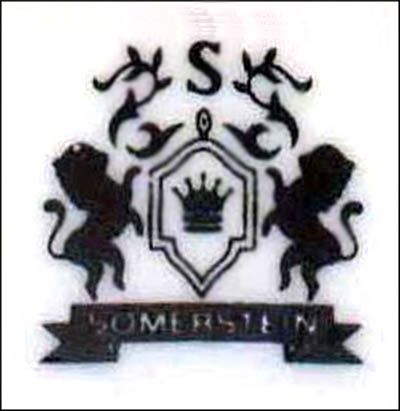 Notes: A Jackson China Catalog describes the Acid-Etched pattern as a design that is "etched in the porcelain and given a hyrdofluoric acid bath, to which the coloring (gold/pewter) is applied and treated with a special firing…" This pattern was offered with the option of adding a crest/topmark as shown on the plate above.

White body with narrow brushed pewter band. Topmarked with a crest, flanked by two lions, featuring a crown and adorned with the letter "S." The name "Somerstein" appears in a banner beneath the crest.