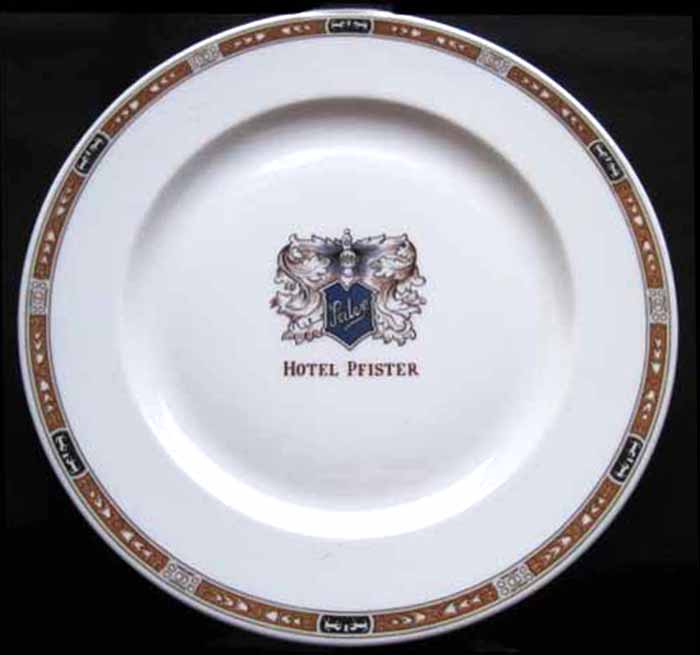 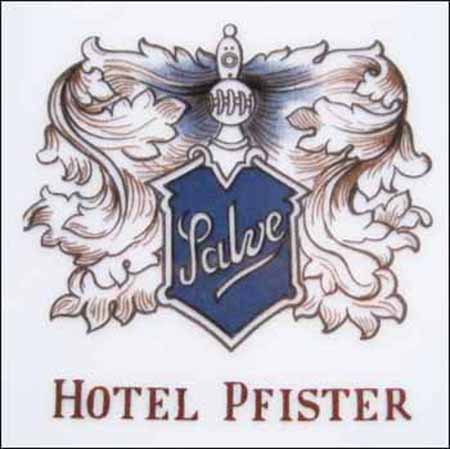 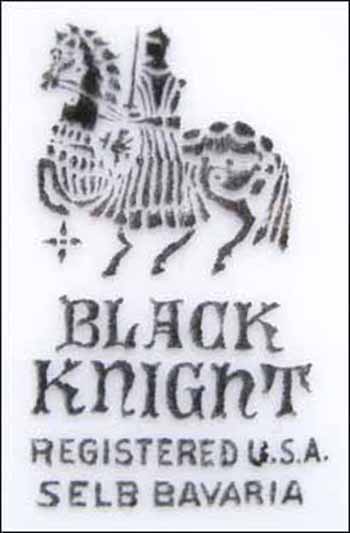 The mezzanine contained a large art collection that belonged to Mr. Pfister – – it was the first hotel with individual room thermostats – – the convention facilities would seat 2,000.

The 1927 Hotel Red Books tells us the hotel was completely remodeled in 1926 with one entire floor of banquet and private dining rooms. The 1929 HRB has the logo found in the middle of this plate.

White body plate. Wide band of brown over a band of pale blue on rim with bell flowers and broken by cartouches of geometrics in white and figures in black. The logo in the well is a crest of blue with the word "Salve" and a knight over it all surrounded by acanthus leaves. Hotel Pfister is below. Shenango China produced this pattern in 1948 and Altman's 1969 "Book of Buffalo Pottery" also lists the Pfister as a customer on page 181.