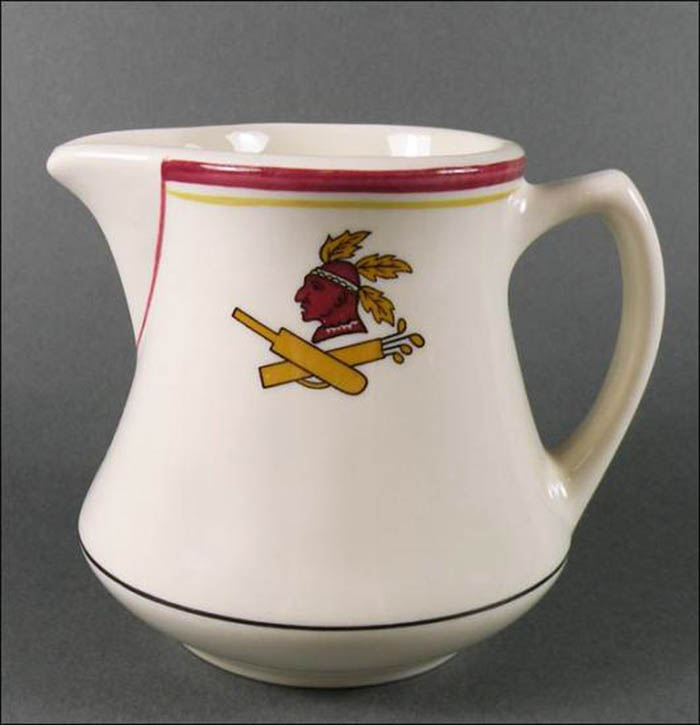 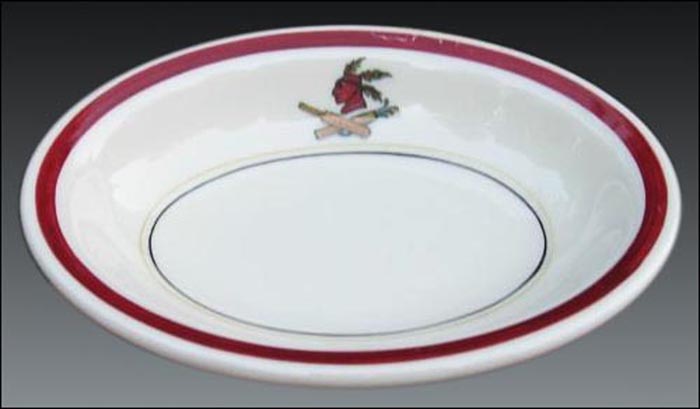 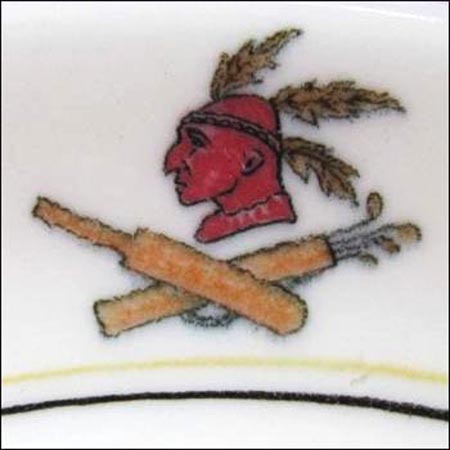 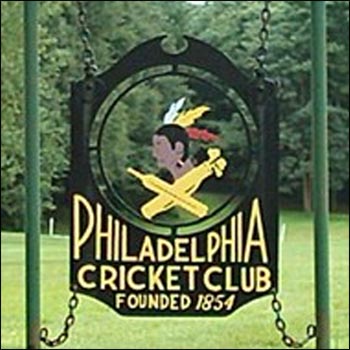 Notes: Website. From the wikipedia, "The Philadelphia Cricket Club, founded in 1854, is the oldest country club in the United States. It has two locations: Chestnut Hill, Philadelphia, and Flourtown, Pennsylvania." It still flourishes today (2021).

The handled creamer has a non-metallic gold line and dark red band at the rim and a black line near the foot, matching the club's colors of red, black and gold. The logo is an American Indian in profile, in red, with a headdress of three gold leaves and underneath a cricket paddle and golf bag with clubs.