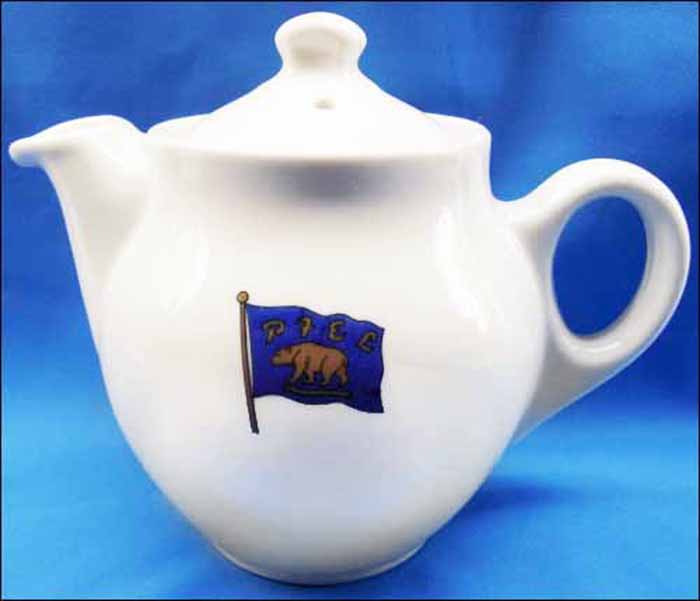 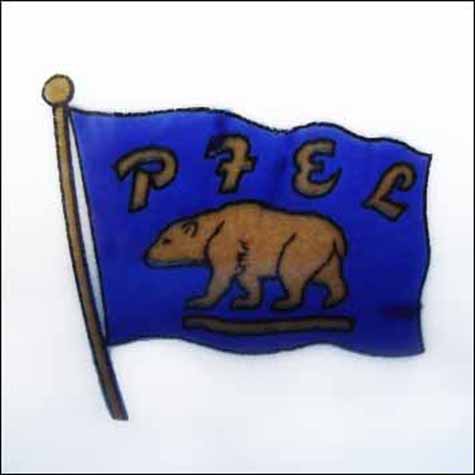 Notes: "Pacific Far East Line, San Francisco (1946-1978) —
The Pacific Far East Line was created by Thomas E. Cuffe after World War II to take advantage of the availability of surplus wartime cargo ships. The line was exceptionally successful for its first decade, operating across the Pacific with 31 ships by 1949 and an especially strong position in shipping US military cargoes. However, after Cuffe suddenly died in 1959, the standard of management declined and the company repeatedly missed opportunities to upgrade to the new container technology. It finally went bankrupt in 1978. All PFEL ships had names ending with the word "Bear," and the flag was blue with a golden bear below the script letters PFEL."