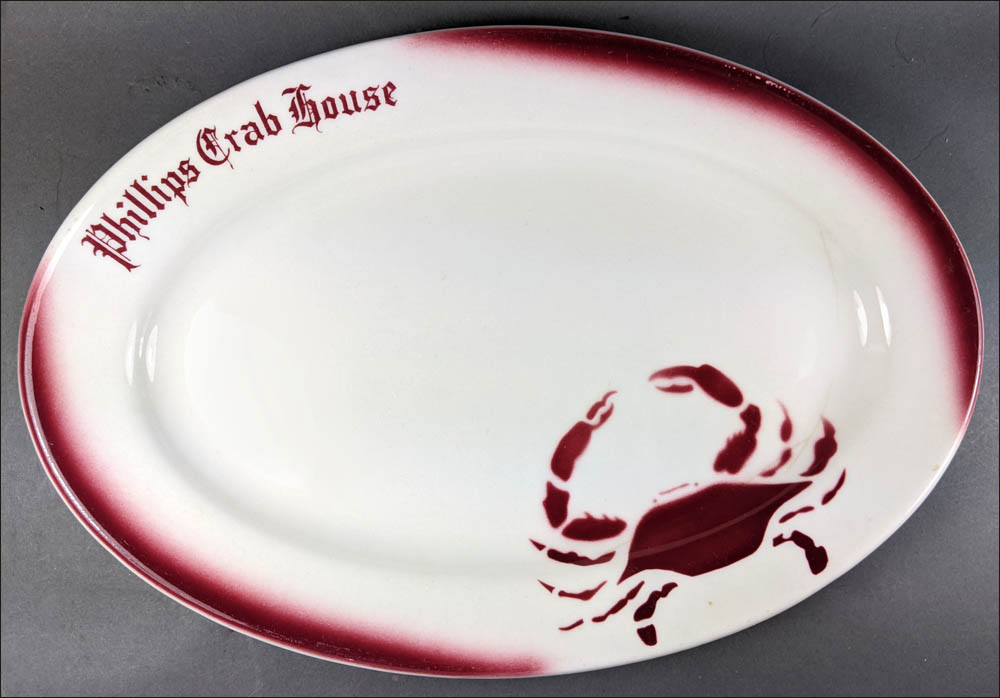 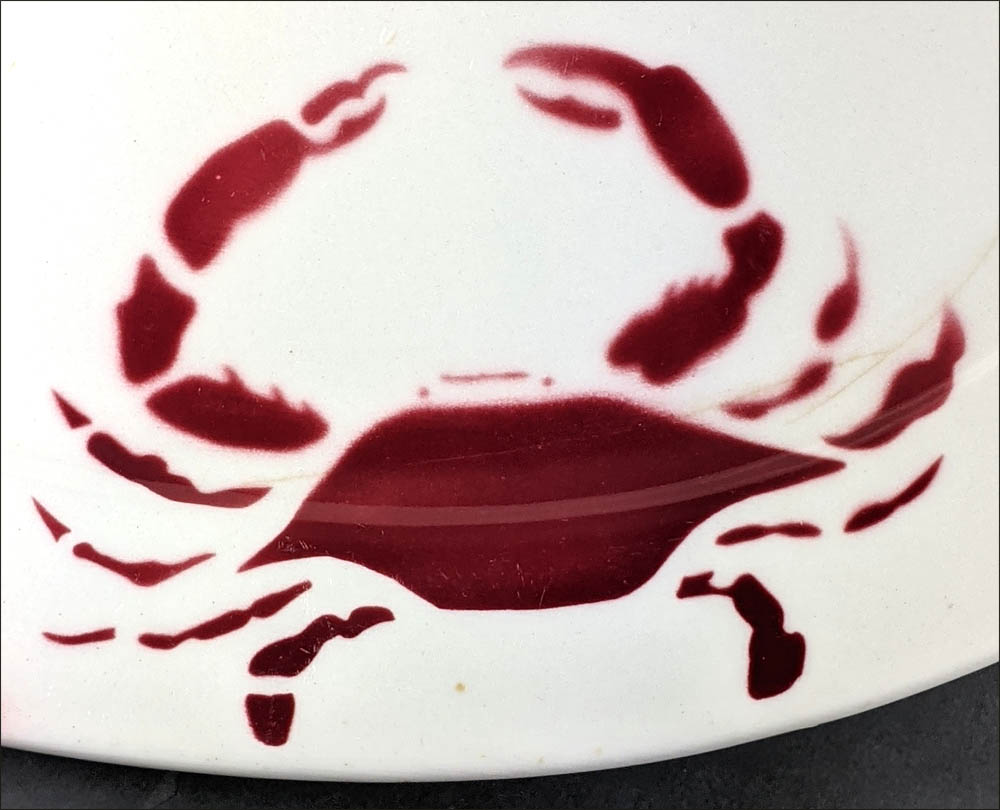 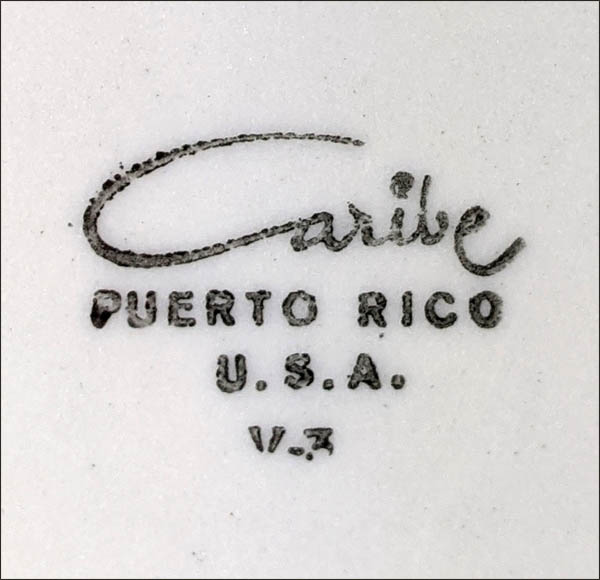 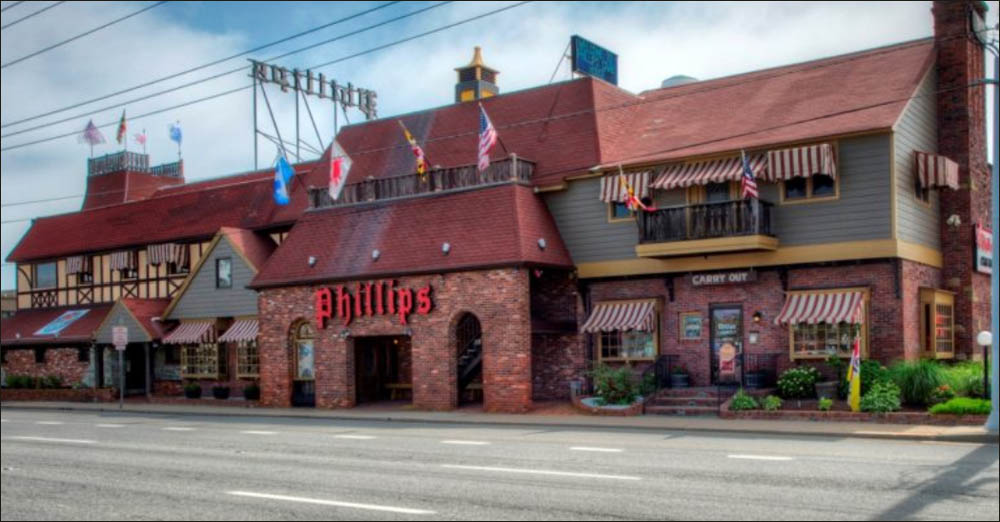 Notes: Brice and Shirley Phillips started Phillips Seafood in 1956 by opening a crab shack in what was then the small town of Ocean City, Maryland. Prior to that, they'd worked in his father's seafood packing plant. Ultimately the business expanded to include more than a dozen restaurants in East Coast cities, airports and casinos. The main locations were the first, in Ocean City, and two in Baltimore.

At the end of 2021 the family closed and sold the Ocean City location.

Homer Laughlin made a later version of platters for the company in 2000. The white platter had a black rim with the same Blackletter "Phillips" placed around the rim, alternating with clipart images of fish, crabs, lemons, oysters, scallops, clams and shrimp with a net in black lines extending from the verge into the well.