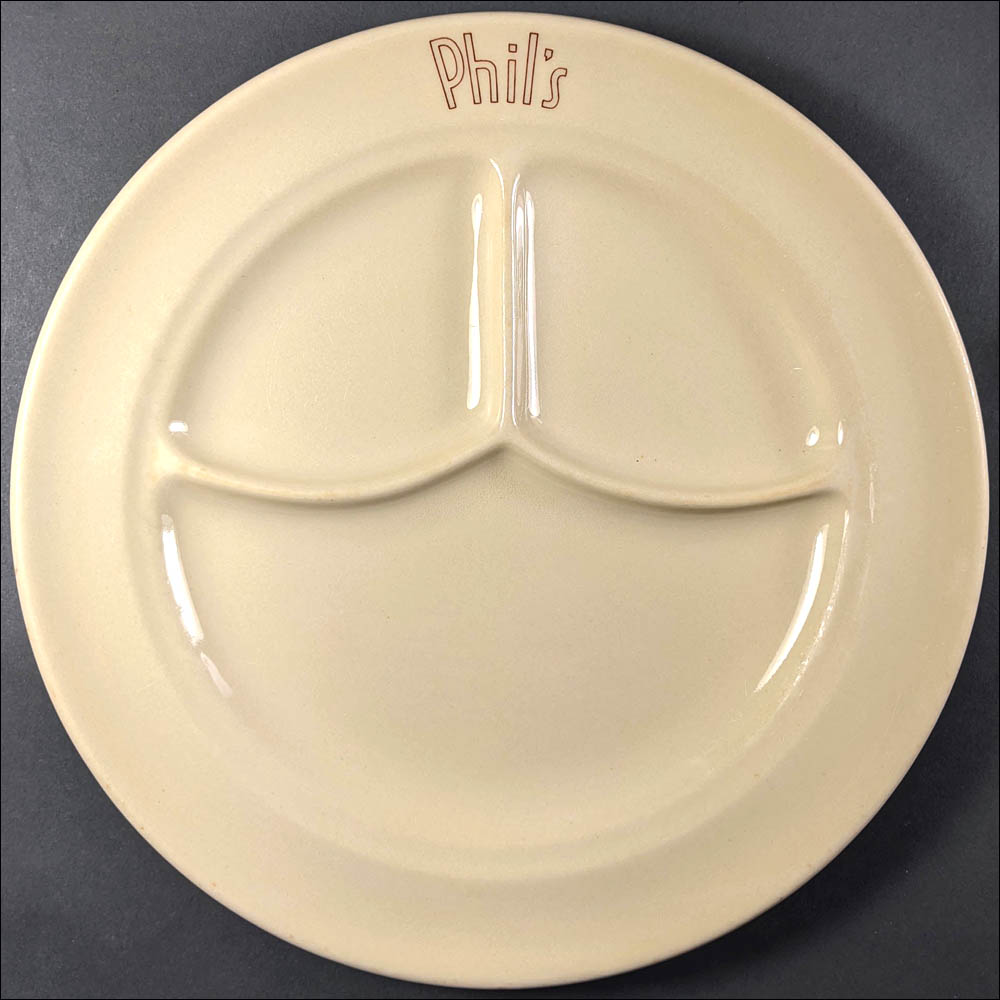 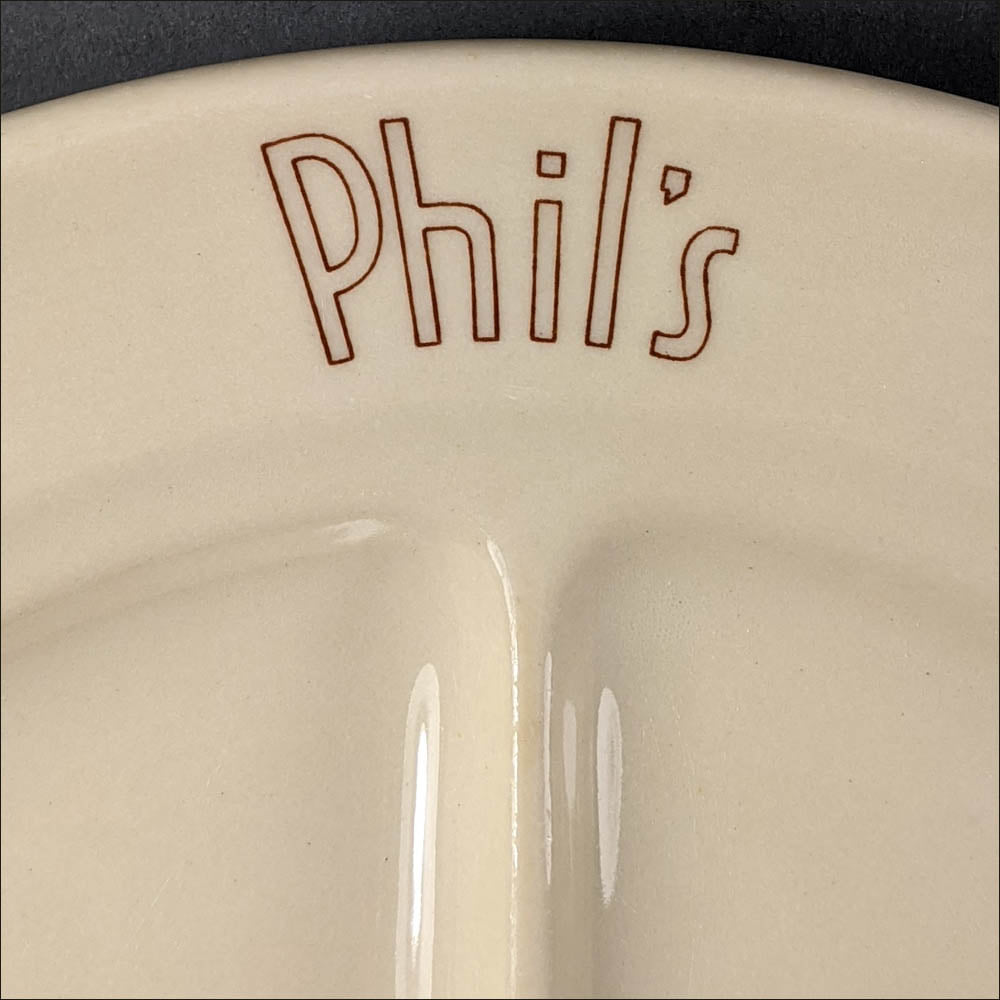 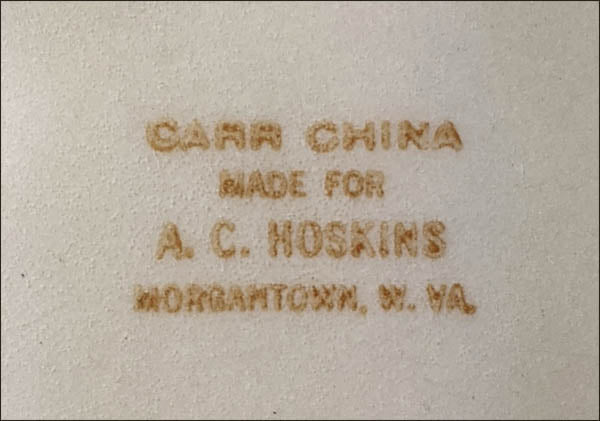 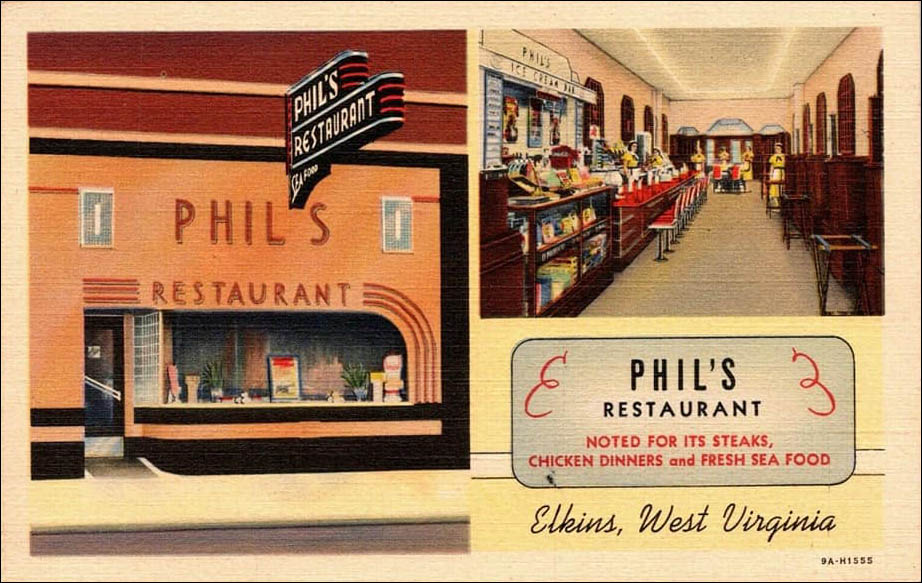 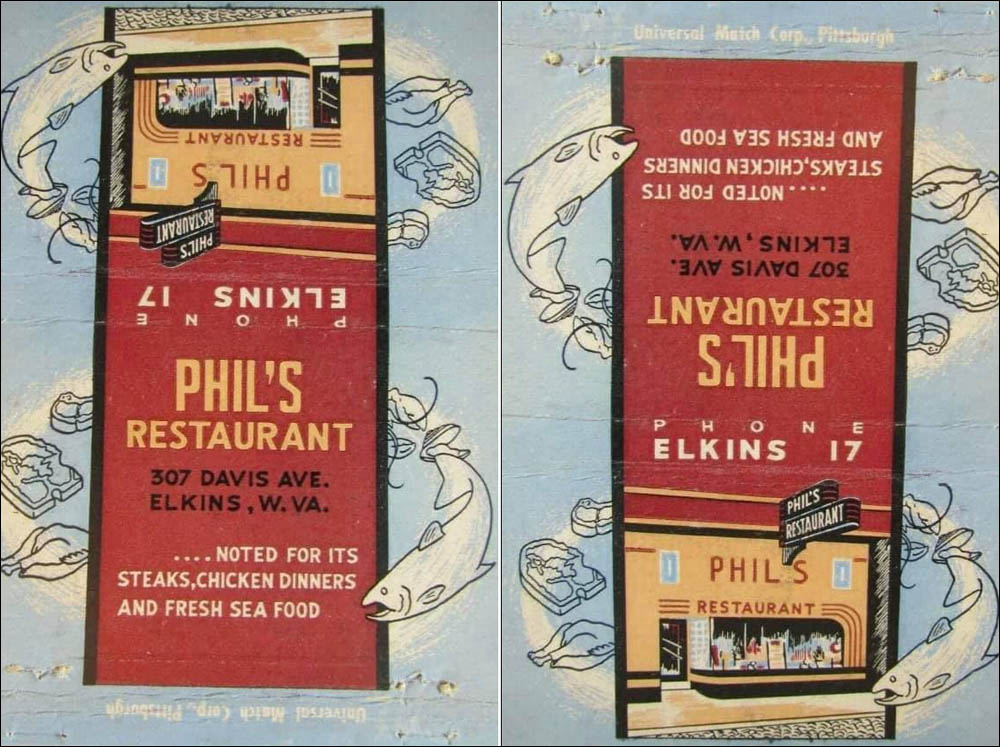 Notes: Located at what must have been a busy intersection of Davis Avenue and Routes 33, 219 and 259 in Elkins, W.V., Phil's Restaurant was opened in 1929 by Willard "Phil" Phillips as a soda fountain and sandwich shop, according to "Where Have You Gone, Starlight Café?" "In 1930, however, Elkins staged a huge Forest Festival and Phil found himself serving complete meals to the visiting multitudes. He like the feeling. The result: Phil began to focus increasingly on full-meal trade; even expanded his floor space."

In 1943, Willard "Phil" Phillips bought the restaurant and did not change the name because it was his name, too, and already had a good reputation, "and all the china had the name (Phil's) on it." Phil #2 transformed the restaurant, doing away with the remnants of the soda fountain/sandwich shop and concentrating on what would be a successful full menu.

The restaurant closed in 1967.

Tan-bodied grill plate has a simple sans serif font with Phil's outlined in brown. It is a challenge dating this plate simply because little is known about the distributor, A. C. Hoskins, who actually worked for Carr at one point. It appears that his career in china manufacturing ended in 1945, and Carr introduced the Glo-Tan clay body around 1934.

Source:
"Where Have You Gone, Starlight Café?" by Will Anderson