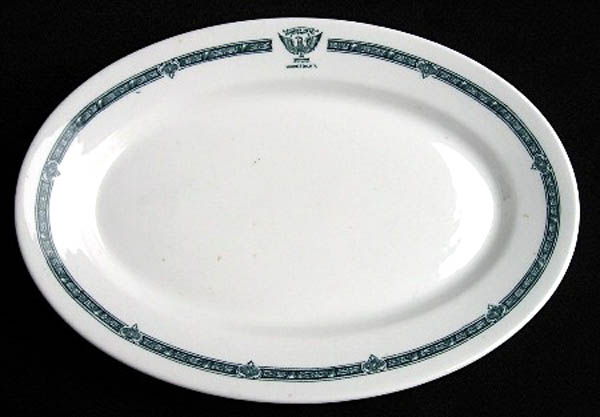 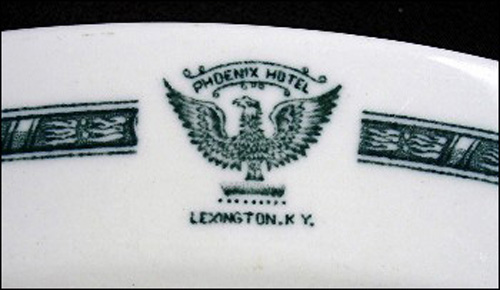 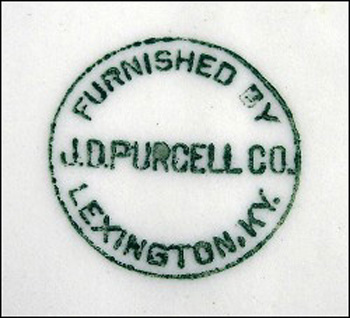 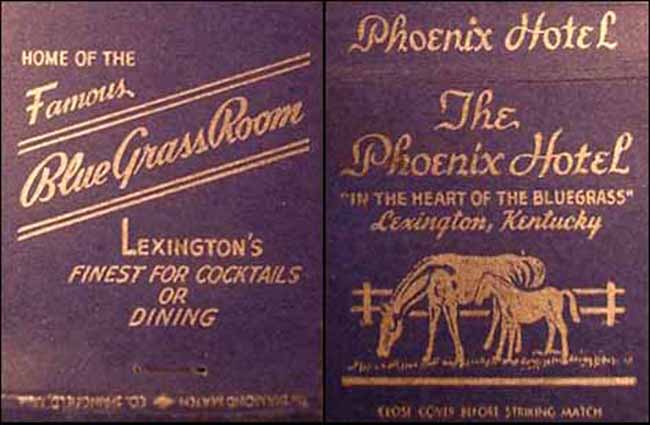 Notes: The Phoenix Hotel was located at 120 E. Main Street in Lexington, KY. According to a 1936 Hotel Red Book ad, it had been in the same location since 1797. Wikipedia states Postlethwaite's Tavern, later called Wilson's Tavern, was constructed on that site in 1800 with the Phoenix Hotel opening in the 1820s.

This landmark hotel, considered the oldest in the area, was advertised as being the headquarters for sportsmen, tourists and travelers and helped give Lexington the reputation as "Athens of the West." Phoenix Hotel Stakes, the oldest American race for 3 year old horses, was first run in 1831 and named after the hotel. Blue Grass Room was its dining room. The hotel was razed in the mid-1980s. Phoenix Park as well as Park Plaza Apartments sit on the site today.

White body with teal border design. Logo is eagle with spread wings with Phoenix Hotel above and Lexington, KY below. Distributor was J. D. Purcell Co., Lexington, KY. Purcell's was a department store which also had a Home Furnishings Goods Department which supplied area restaurants and hotels with wares. A 1917 ad in Sheldon's Retail Trade listed K.K. Denniston as buyer for the hotel department.

Photos and ID submitted by reddygal