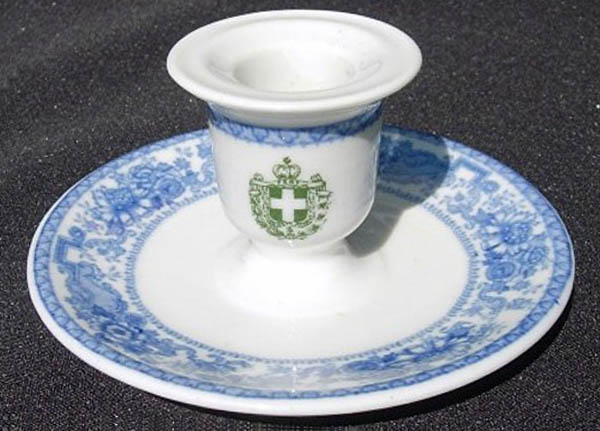 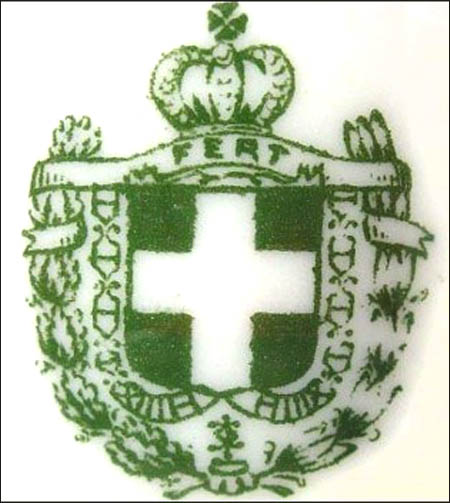 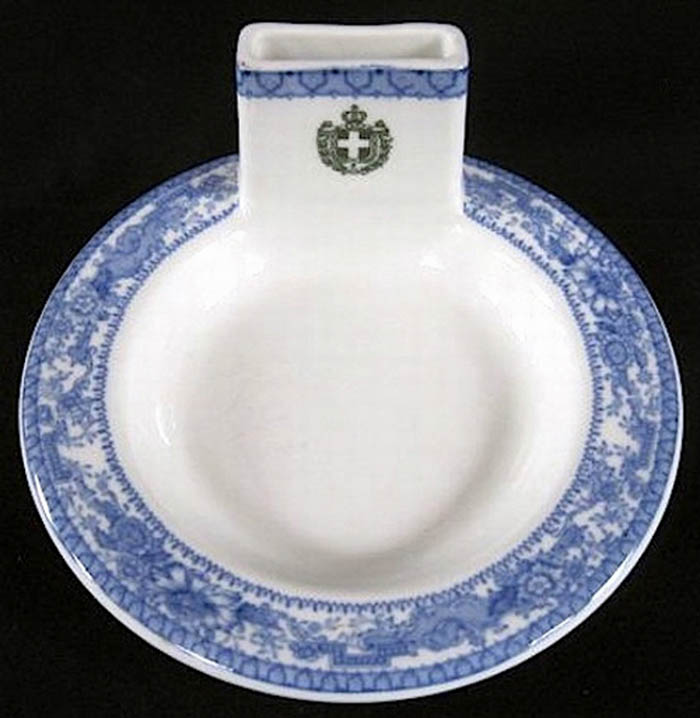 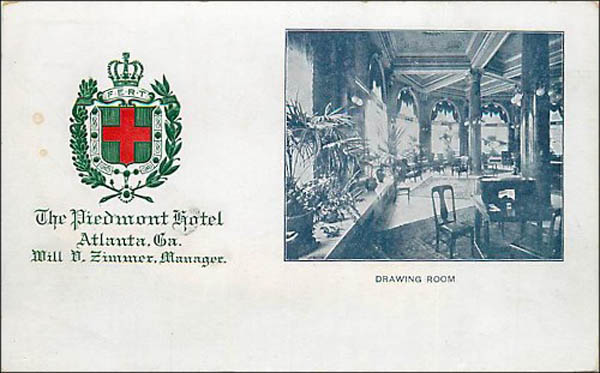 Notes: The Piedmont Hotel opened in 1903 at 108 Peachtree Street, NE, at Luckie and Forsyth Streets in Atlanta, Georgia. The 10-story building opened to much fanfare and the first to register at the new hotel were owners Hoke Smith, George W. Parrott and S.F. Parrott. Thousands of people inspected Atlanta's first Northern-style hotel and its furnishings, supplied by M. Rich and Brothers Company, now known as Rich's. Willis F. Denny was the architect.

The hotel was renovated in 1928-1929 and later became a Dinkler Hotel. It was demolished in the 1960s and today the Equitable Building sits on much of the site.

White body with green shield featuring a crown with FERT underneath. Below that is a white cross and the whole is surrounded by a wreath. Mayfair pattern, in blue, on the rim.