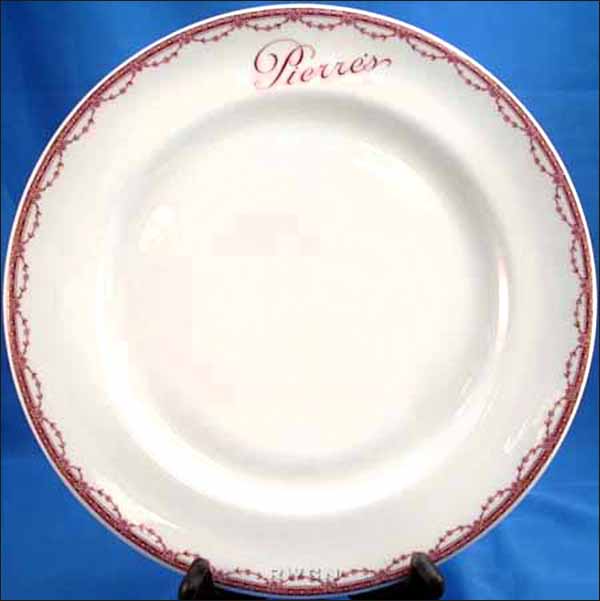 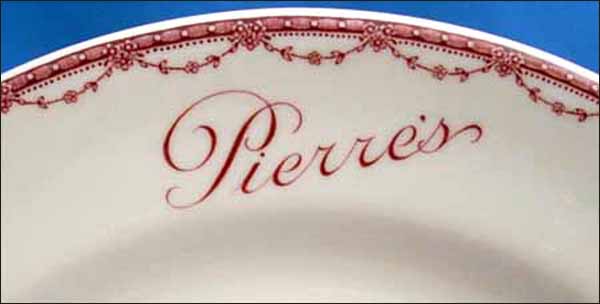 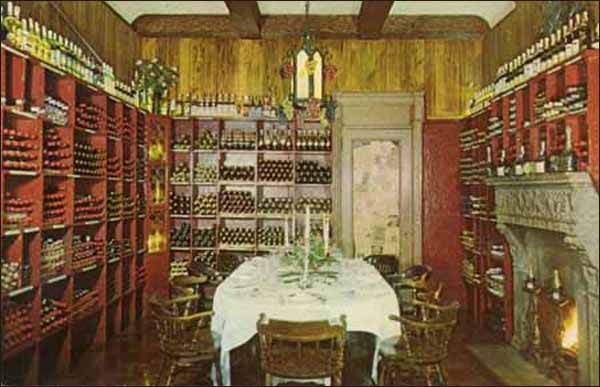 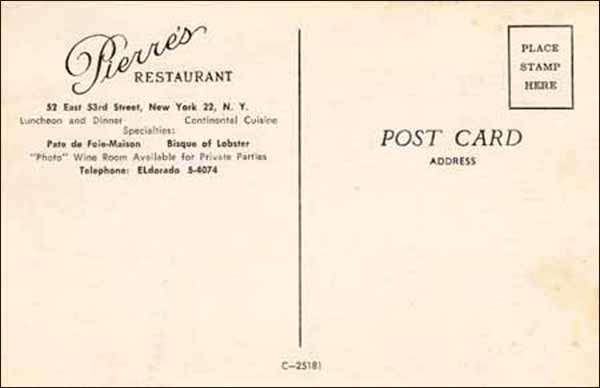 Notes: There may or may not have been two Pierre's restaurants in New York City in the early part of the 20th century. Charles Pierre started Pierre's Restaurant that was on East 45th Street and that moved at some point to Park Avenue and eventually became part of the Hotel Pierre — named for Pierre.

The font on this plate is a match for the postcard which shows an East 53rd Street location. It is not known if this was a different location for Charles Pierre or a different establishment altogether.