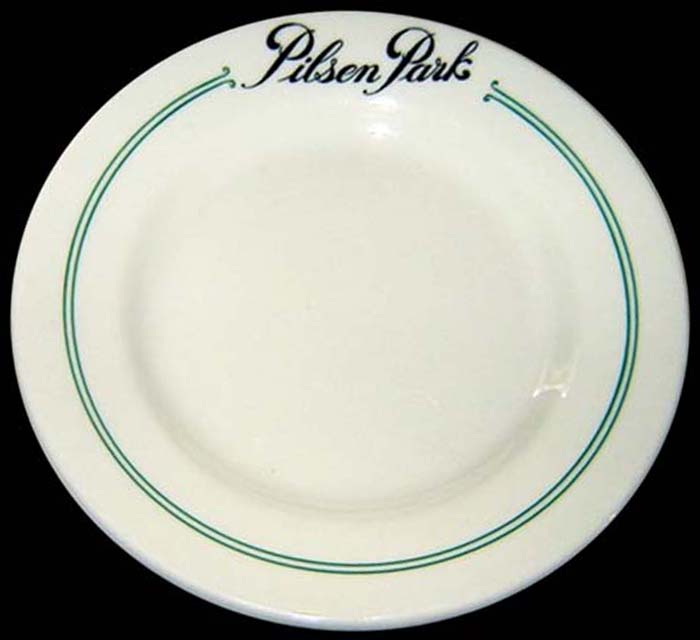 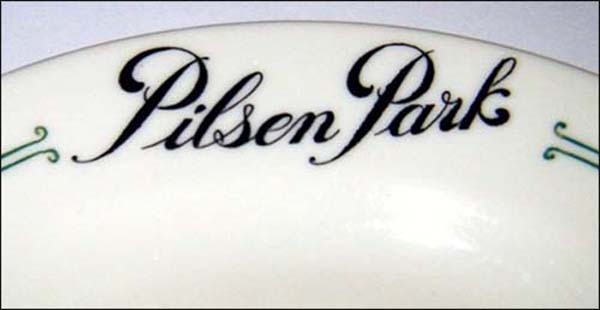 Notes: Pilsen Park was an outdoor beer garden located at 3101 W. 26th St., and Whipple, in Chicago, Ill. It was near, and owned by, the Pilsen Brewing Company just east down 26th Street. The park had a dance hall, banquet hall and outside beverage bars.

Built in 1907, the park was a political rallying venue for the largely Czech immigrant families in the area; Pilsen Brewing was a cooperative formed by Czech saloon owners, according to a Chicago brewery link.

Prohibition, beginning in 1919, led to the 1922 cessation of brewing by the owners. Even though brewing resumed after Prohibition, Pilsen Brewing Company closed for good in 1962.

The plate has a white body, green concentric lines around the rim ending in curliques, and a black script logo.