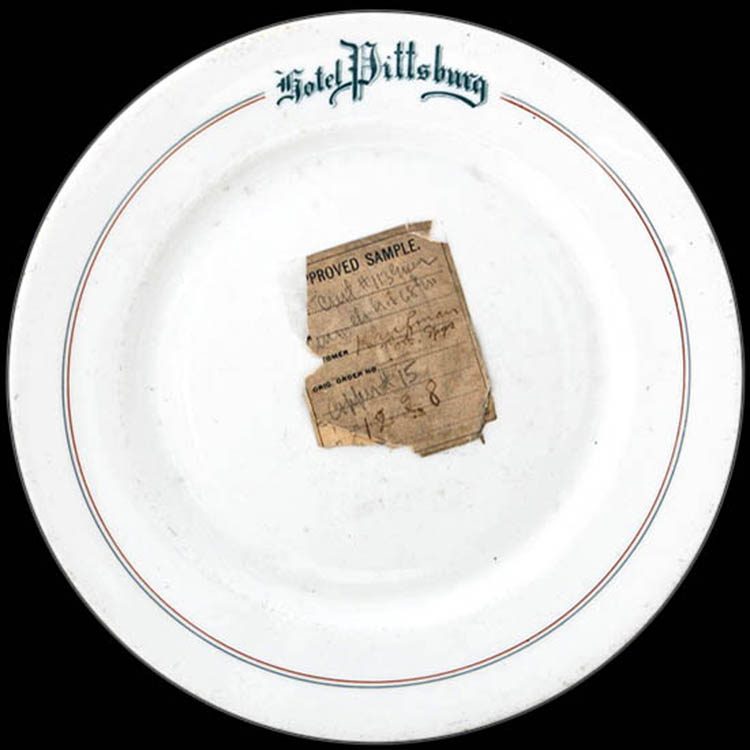 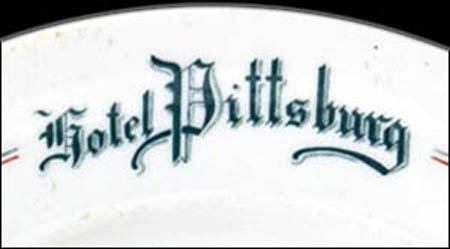 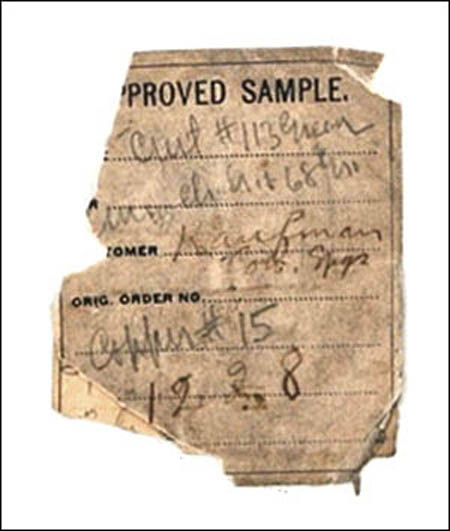 Notes: The 40-room Hotel Pittsburg located at 215 Manitou Ave., Manitou Springs, Colorado opened before 1904 and was operated as a summer hotel, under the American Plan. The hotel is listed in the 1937 Hotel Red Book, but it is not listed in the 1942 Directory.

According to the Manitou Springs Historical Society, the Hotel Pittsburg building now (2012) is occupied by the Mona Lisa fondue restaurant. Click here to view an historical photo of the hotel exterior.

White body plate with mid-rim border of green and red pin lines. Topmarked "Hotel Pittsburg" in contoured, Old English-style letters in #113 green. This is a Syracuse China production sample plate from the collection of Fishs Eddy in New York City. The plate is marked with a partial sample sticker: Sample #?1228