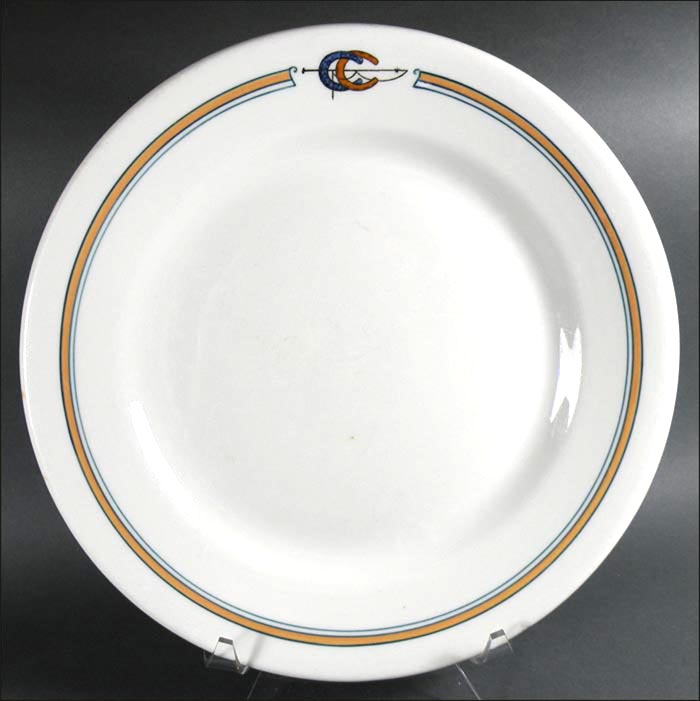 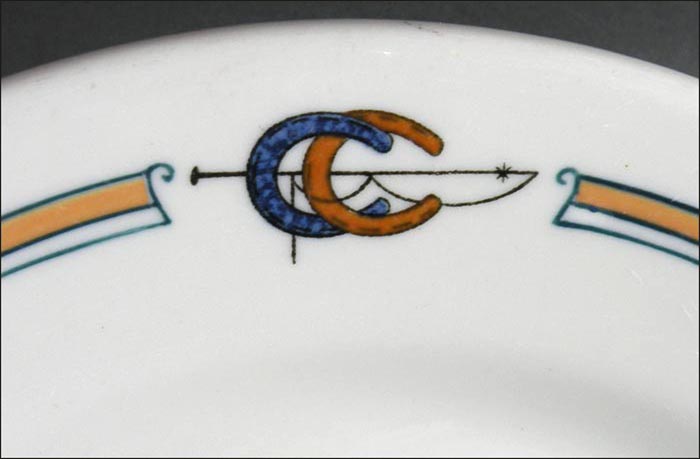 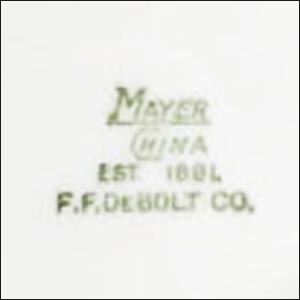 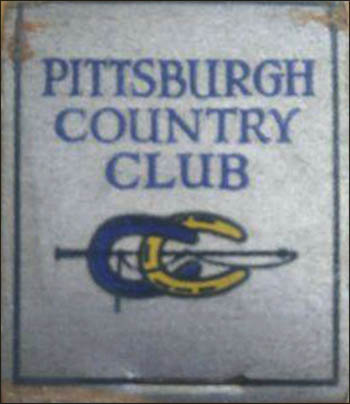 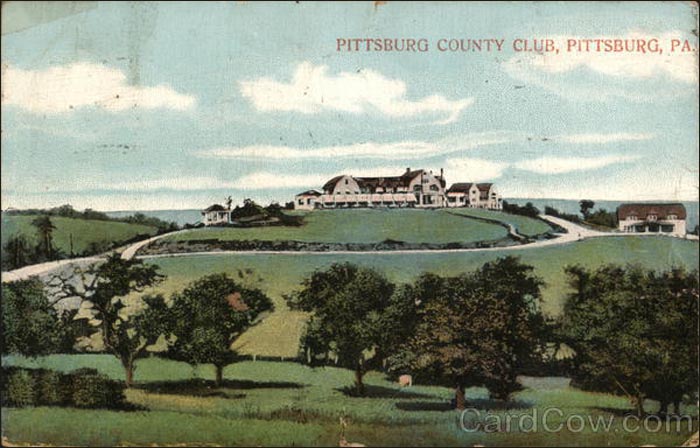 Notes: Founded in 1893 in the Squirrel Hill neighborhood of Pittsburgh, Pennsylvania, the Country Club – that was later called Pittsburgh Country Club – featured horseback riding trails and fox hunts, followed by the construction of a 9-hole golf course.

The Depression affected membership in the club, and in 1936, the club and its 84 acres were sold to the Frick Park trustees for $197,500 and it became the largest acquisition for the park.

The logo consists of an overlapping CC that are horseshoes, one red, one blue; and a stylized riding crop. The border is a gold or orange band and white stripe outlined in thin black lines culminating in curlicues at the logo.