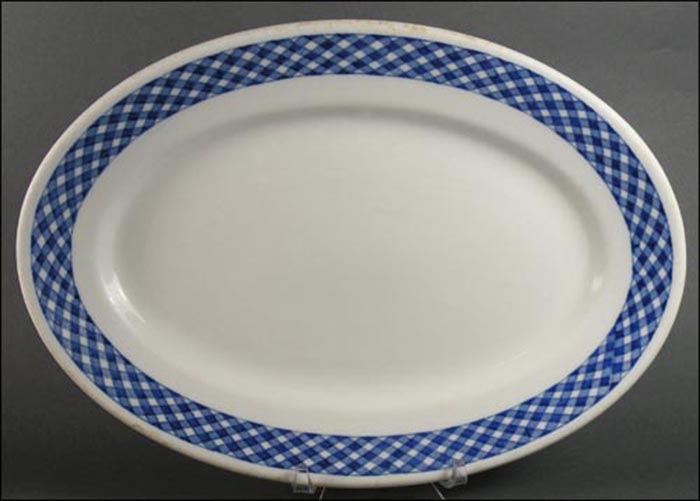 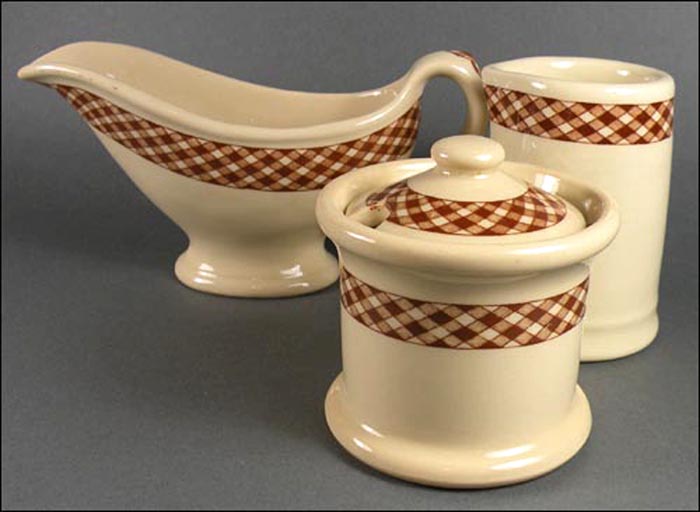 Notes: Underglaze Print Pattern #6051, Plaid, was produced in brown or blue as a gingham check pattern set on the diagonal.