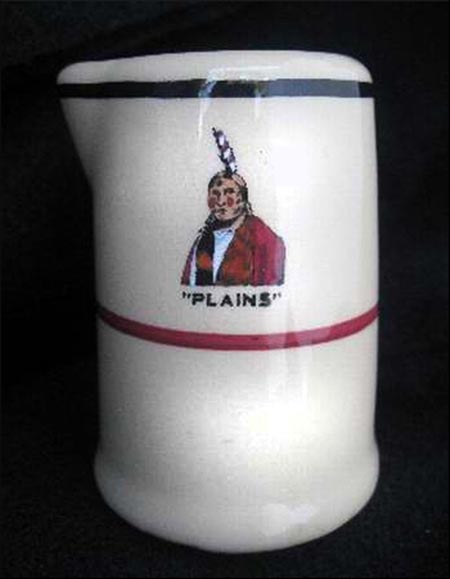 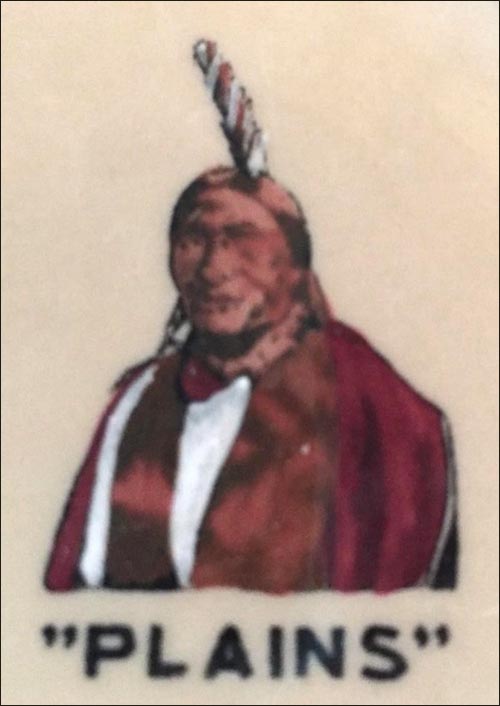 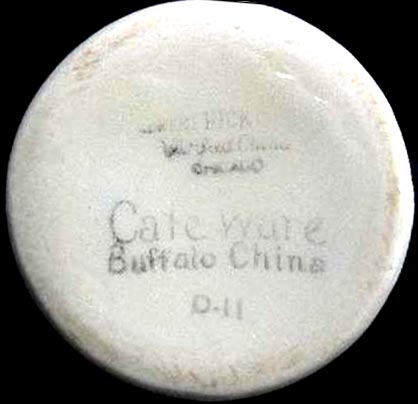 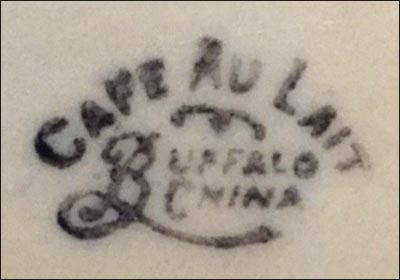 Notes: The Plains Hotel was established in 1911. Remodeled in 2002, it is still operating today (2010) with 100 rooms. It was the social destination in the area for the wealthy, and presidents and movie stars have been among the guests.

Tan Cafe Ware body, maroon and black stripes. The logo and symbol of the hotel is an image from a photograph of Native American — Indian — Arapaho Chief Little Shield taken in 1915. The chief stayed at the hotel, creating quite a stir among the other guests. The image is still used on hotel letterhead and signage.

A more complete history of the hotel can be found at their website:
http://www.theplainshotel.com/pages/hotel.html