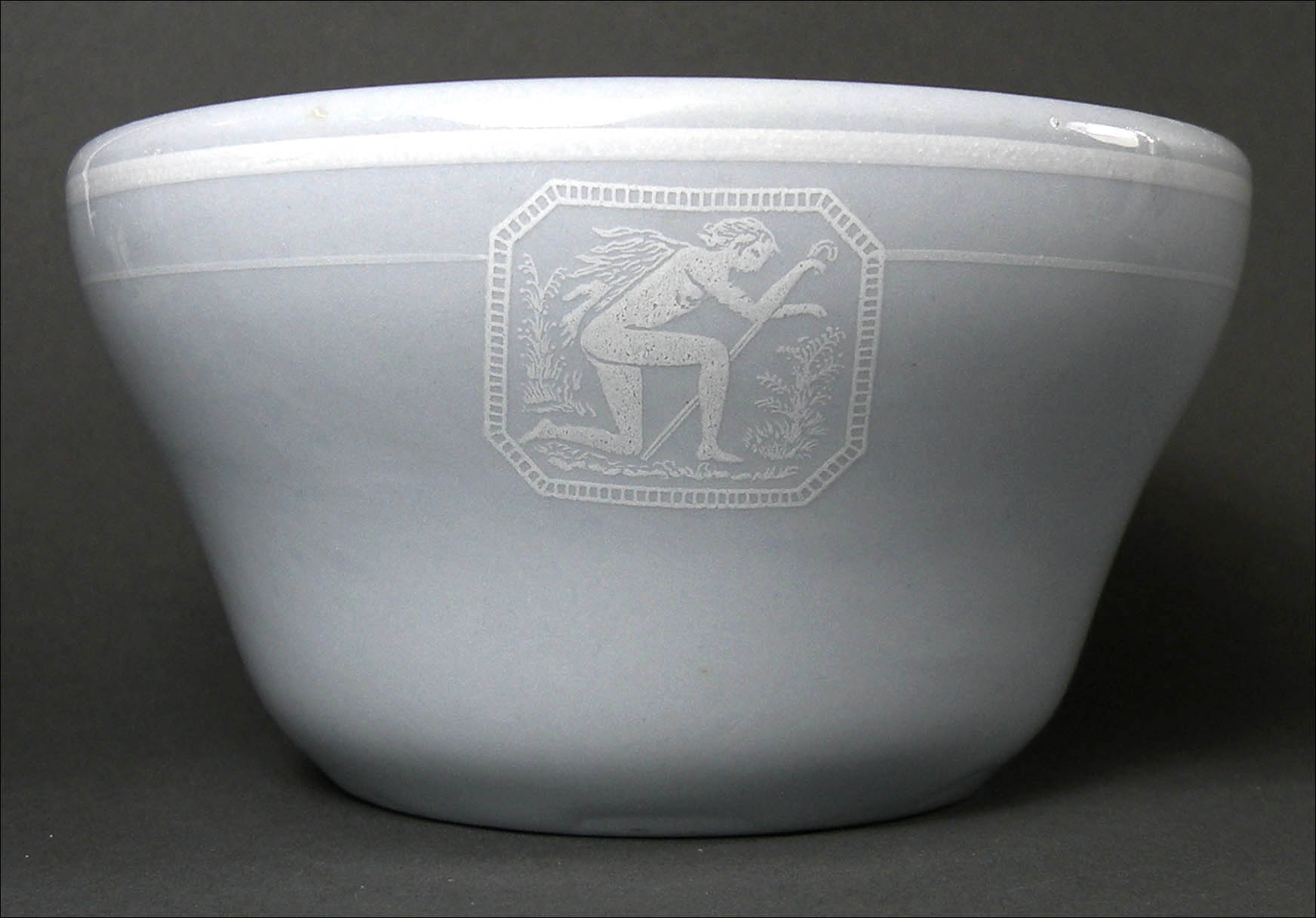 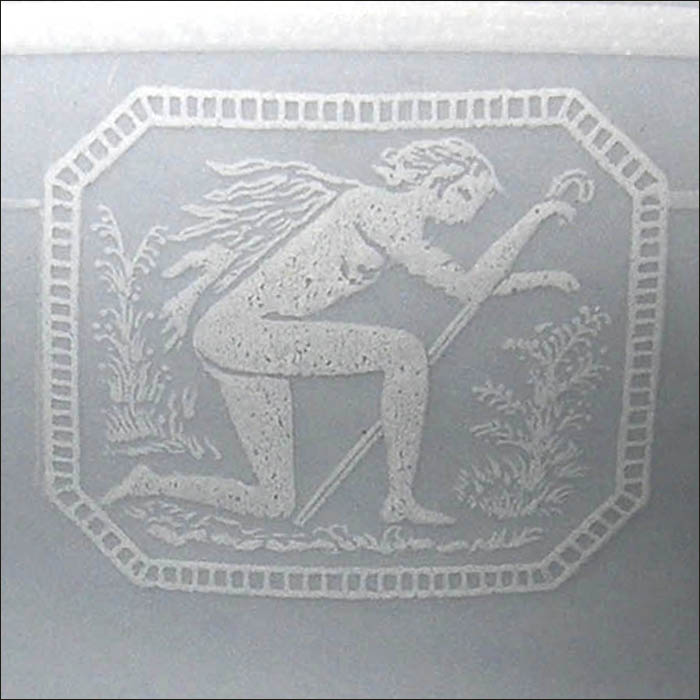 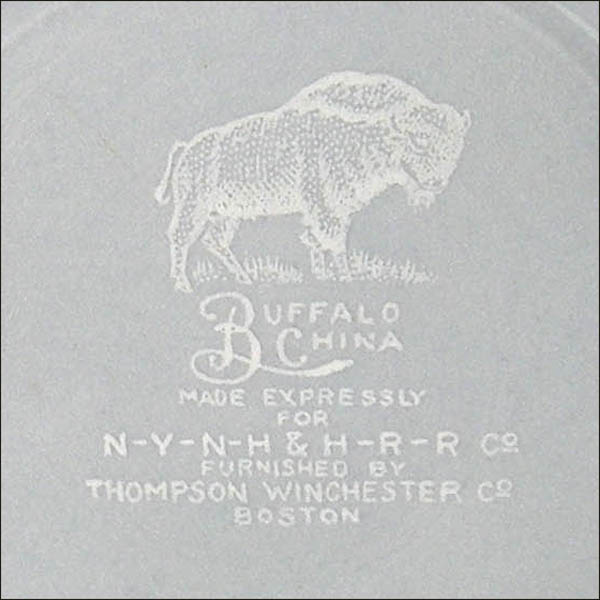 Notes: This pattern on a dull blue gray clay body was made for the New York, New Haven & Hartford Railroad by both Buffalo China and Scammell China. What is interesting about it is that it was erroneously named Platinum Blue by one of the railroad authors, presumably based on the name stamped on the back of a Scammell dish with this pattern. He must not have realized that it was referring to Scammell's name for its blue gray ware. What is amusing in an odd way is that the name also applies to the same pattern when made by Buffalo, though of course with Buffalo it is placed on that manufacturer's trademarked Lune Ware body color.

The design with its crouching, nude, female, classical cartouches in white was said by Richard Luckin to have been "usually backstamped," while Doug McIntyre asserted that it was "a very common stock pattern and if it isn't railroad marked, it isn't railroad." At this point there is no information available to point to the absolute validity of either opinion, but railroad collectors seem to agree with McIntyre on this point.

The New York, New Haven & Hartford Railroad was known as the New Haven, and it generally ran between Boston and New York, serving towns in Connecticut, New York, Rhode Island and Massachusetts. It operated from 1872 to 1968, according to the Wikipedia.