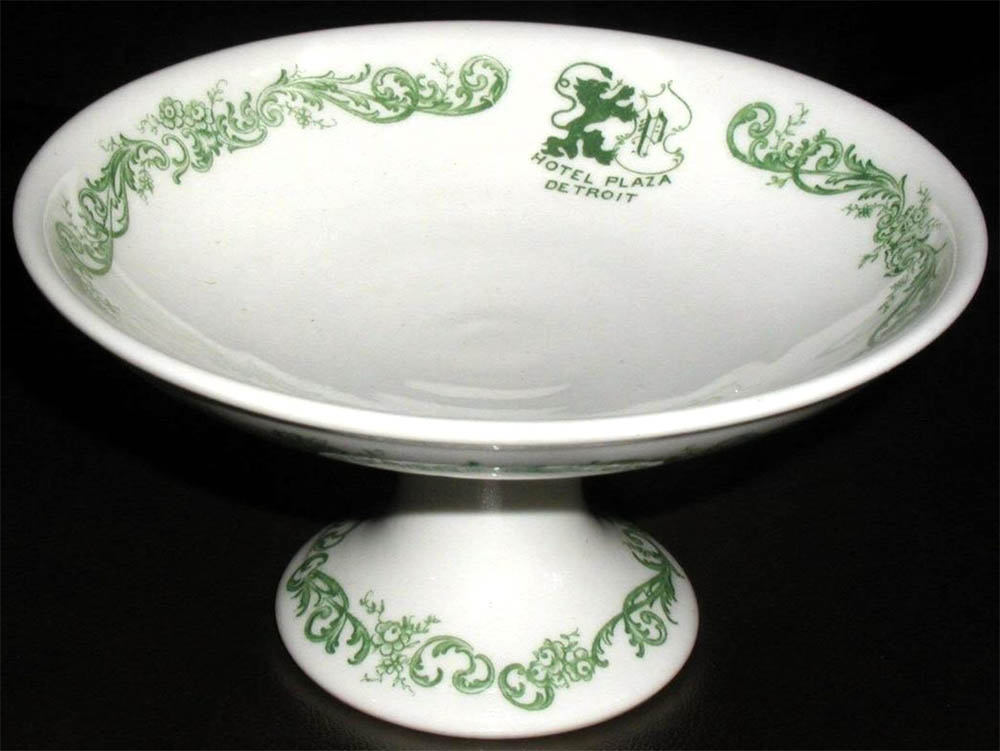 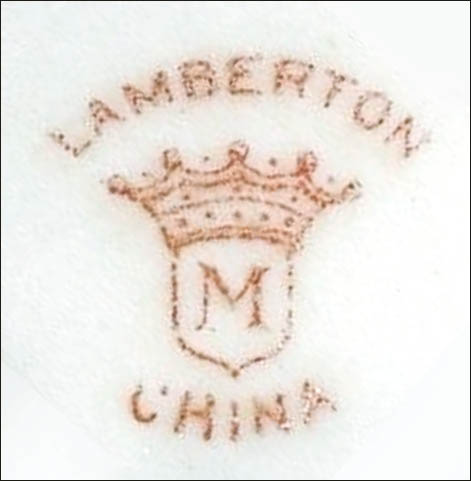 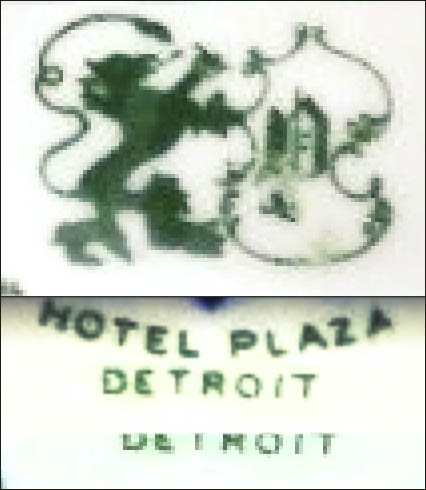 Images from a Syracuse Sample Plate 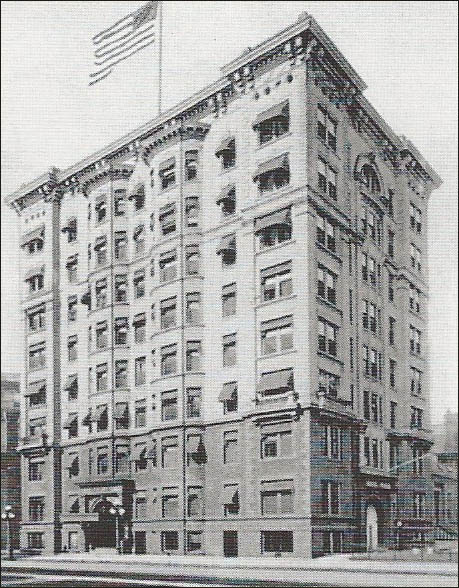 Maddock produced Lamberton China with a green crest that has a rampant lion to the left of a scroll frame containing an Old English-style upper case "P." "HOTEL PLAZA" and "DETROIT" are below.  The green transfer border contains acanthus scrolls and flowers.

A 1913 Syracuse China sample plate contains this Plaza crest. Proof that Syracuse produced this china. On the sample plate the name has been cut from the lion section and placed on another part of the plate, but when reconnected it is the same crest.